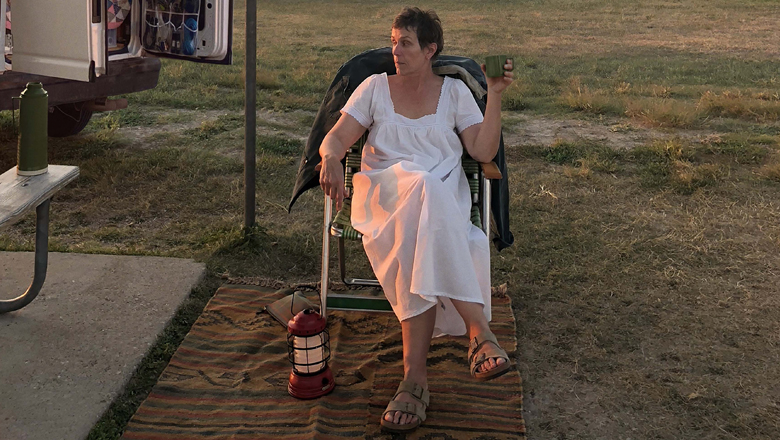 Trailer – Frances McDormand explores life outside of society in NOMADLAND

Frances McDormand returns to Searchlight studios after winning an Oscar for her performance in their 2017 film ‘Three Billboards Outside Ebbing, Missouri’, this time the actress teams up with Chinese director Chloé Zhao (who is currently making Marvel’s Eternals) for this film based on journalist Jessica Bruder’s 2017 non-fiction book Nomadland: Surviving America in the Twenty-First Century

The film follows Fern (McDormand), a woman who, after the economic collapse of a company town in rural Nevada, packs her van and sets off on the road exploring a life outside of conventional society as a modern-day nomad. The film features real nomads Linda May, Swankie, and Bob Wells as Fern’s mentors and comrades in her exploration through the vast landscape of the American West.

The film will release in Irish cinemas in February 2021.