The Peculiar Sensation Of Being Pat Ingoldsby

Movie Review
3
Not too peculiar

The Plot: Viewing himself as something of an outsider looking in, Pat Ingoldsby narrates his own story. The Dublin writer and poet recounts his life growing up in Malahide, rambling around the UK by train and meeting various people along the way. There was also a succession of unfulfilling jobs leading him to ultimately decide on his path – that of a writer, children’s TV presenter and street poet with his own distinctive voice…

The Verdict: 80-year old Pat Ingoldsby has been a familiar sight around the streets of Dublin City Centre for a long time. Hawking his own self-published poetry and amusing musings on life, he’s very much part of the fabric of the city. Now he gets a film all to himself to tell the story of his formerly nomadic life before ultimately settling back into the familiar comforts of his hometown Malahide and the streets which he sprung forth from. Seamus Murphy’s creative documentary is unobtrusively observational, like one of the influential seagulls that Ingoldsby talks about circling its subject. No divebombing for sandwiches on unsuspecting lunch break workers though. This seagull of a documentary is relatively benign, the camera quietly swirling about Ingoldsby in his home, on his walks by the sea, on the streets and among fans like Imelda May.

Composed of archive footage of Dublin in its yesteryear and new footage in the present day, there’s a comfortable familiarity about The Peculiar Sensation Of Pat Ingoldsby. It’s like spending time with a kindly if slightly eccentric grandfather, as he gathers his thoughts and imparts his knowledge to the audience. Those of a certain generation might remember him as a children’s TV presenter, so there’s that nostalgia factor too. More than just a poet, he’s a pat of all trades so to speak. He’s been a playwright, a stagehand observing young acting upstarts Liam Neeson and Gabriel Byrne, a kitchen porter, an insurance broker and more. As he says it himself, Ingoldsby has been all sorts of things but he’s always been Pat. That sense of identity certainly shines through, the maverick in action as he quietly lashes out at the Catholic Church’s influence on Irish people.

There’s also the humour too. When reflecting on whether he has a permit to sell poetry on the street, Ingoldsby simply tells the Gardai that he has a poetic licence. Nice one. Murphy’s film then is very much in admiration of its subject and what he represents as an artist. It therefore doesn’t dig further to find deeper meanings like Ingoldsby’s childhood affliction with polio, causing him to become housebound and how that affected his life going forward. There’s also not much exploration of his satirical and surrealist take on The Vatican in his poetry or context on this from commentators, friends and family. There’s a reverence here which is admirable though, leaving the man himself to just put his thoughts out there and see which ones stick the landing. The Peculiar Sensation Of Being Ingoldsby is not too peculiar after all. It’s admittedly something of a niche film but there’s a comfortable, aimable quality to it which makes time in Ingoldsby’s presence worth spending. 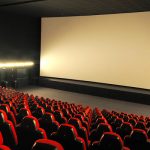 In short: Not too peculiar