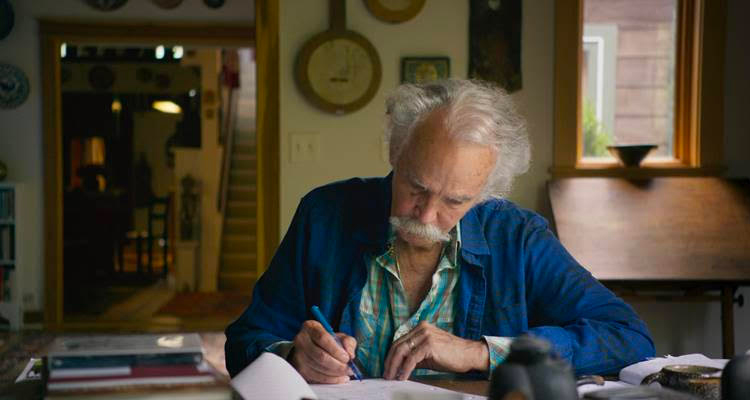 The Plot: In this observational documentary, American folklorist and ethnologist Henry Glassie travels through North America, South America, Ireland and Turkey to observe artists as they mould, sculpt and perfect their work. Through this international field work, he discovers the nature of the creative process as filtered through the ethnic and religious values of the relevant cultures.

The Verdict: Above the roaring Leo in the MGM logo is the phrase ‘Ars gratia artis’ or ‘Art for art’s sake’. It’s a description that fits well with Pat Collins’ latest documentary, Henry Glassie: Field Work, in that it focuses heavily on the painstaking creative process of the artist as viewed through the eyes of renowned folklorist Henry Glassie. It’s not a conventional documentary in any sense, with Collins favouring long, extended takes of artists at work without commentary. Interspersed with this is occasional input from Glassie’s softly-spoken cultural observations. If you’re looking for an introduction to the man himself, this isn’t that film. It might be more accurate to describe it as Henry Glassie Presents: Field Work.

It’s a good 45 minutes before the Poirot-moustachioed Glassie finally makes his presence felt, leaving the uninitiated unsure as to what Collins is trying to achieve with his film here. Until then, we observe Brazilian artists as they sculpt religious iconography out of clay, wood and other materials. Watching ethnic art being created in front of your eyes is interesting, but there’s not much in the way of context – even though Glassie later states that art is contextual. He’s not interested so much in people but in what they create, leaving the art to speak for itself. That kind of languorous pacing is occasionally problematic for a film that often tests audience patience and doesn’t seem to have much in the way of direction, but it also works in the film’s favour.

At one point, Glassie quotes Irish dramatist Lady Gregory about the need for reverence and patience. Be patient with the film and it slowly reveals some sort of purpose and reverence for its subjects as Glassie talks about his experiences travelling the world, including learning about Irish stories and songs in Fermanagh’s border country. As Collins brings Glassie into the film more, it starts to take shape as a sketched portrait of a man who has spent decades quietly observing how ethnic art is created and its place in that culture. By Collins’ own admission, he would rather be informed by a film than entertained by it and that ethos is reflected in his direction.

Nothing much happens but it’s a film to soak in the detail, as the camera zooms up close early on to the delicate, detailed handiwork of a clay sculpture in progress. For the artistically-minded, they might have a field day with Henry Glassie: Field Work. It revels in the creation of art and the skill involved in admiring cinematic detail. Though, it’s likely to be too much of a curate’s egg to have wider appeal beyond that.

In short: Art for art's sake