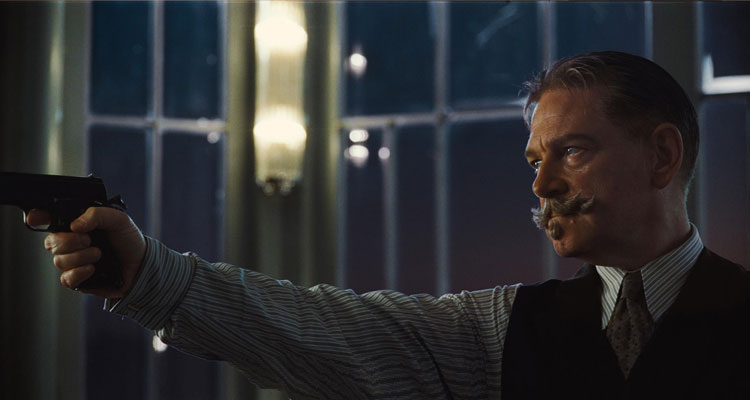 Death on The Nile

The Plot: 1937. Famous Belgian sleuth Hercule Poirot (Kenneth Branagh) is on holidays in Egypt when he runs into old friend Bouc (Tom Bateman), who invites him to join a river cruise down the Nile. Onboard, all eyes are on glamourous heiress Linnet (Gal Gadot) and her new husband Simon (Armie Hammer). Also sneaking onboard is Simon’s jilted former lover Jackie (Emma Mackey), who stalks the couple wherever they go. She’s not the only one who has Linnet in her crosshairs though. It’s not long before Poirot’s deduction skills are called into action…

The Verdict: Now that distribution patterns and cinemas have stabilised in the wake of the pandemic, we’ll be seeing the last of the long-delayed releases finally emerging from the studio vaults. There’s still another while to go though until Top Gun: Maverick blasts onto our screens. Following hot on the heels of Belfast is Kenneth Branagh’s previous film Death On The Nile, a follow-up to his entertaining Murder On The Orient Express romp. While there have been many iterations of Poirot’s adventures, most notably the Peter Ustinov cinema outings, Branagh has made the role his own by emphasising the character’s pomposity balanced out with regret and moral quandaries over the crimes he investigates. There’s more of this in Death On The Nile, which with typical Agatha Christie flair drops her signature character into an exotic location surrounded by colourful and richly described characters all apparently out to get one person… or maybe more.

As with Murder On The Orient Express, Michael Green’s script begins with a prologue in the WWI trenches as we find out the origin of Poirot’s most distinctive feature. Take a mental note of this, as Branagh returns to it later on for a significant bookend. A keen reader of people, Poirot observes the high society gathered in the enclosed space of the Karnak cruise ship. The characters are circling like vultures around doomed heiress Linnet, waiting for a potential moment to strike. Someone with money doesn’t feel safe, she confesses to Poirot. As Poirot investigates, he too becomes tangled up in this vicious web of jealousy and deceit to the point where his own life might be in danger too. This is where Branagh once again amps up the action, making Poirot less a passive pussycat waiting for his moment to come forward with a solution and more of an engaged participant in the lives of his fellow passengers. The solution, of course, is ingenious.

At one point, Poirot gets a dressing down from one of the passengers. Rightly so, perhaps – given that Christie ultimately came to despise her own character and his eccentric, preening precision (amusingly noted by Branagh in several sequences). Branagh grows further into the role here and he’s a joy to watch as he’s confounded at every corner by cast-iron alibis and multiple suspects. He’s well supported by a rogue’s gallery of talent. While the attractive central trio of Gal Gadot, Armie Hammer and Emma Mackey hold fort, it’s the smaller parts that stick out like a surprisingly serious, bearded Russell Brand who delivers his role with quiet gravitas. Sophie Okonedo also shines and Tom Bateman is given more to do as Bouc, weaving him into this complex web of human relationships. One can’t help but smile too when Branagh brings 90s comediennes Dawn French and Jennifer Saunders back together again for an amusing double act.

Partly shot on location in Egypt, Branagh uses the exotic location to ramp up the tragedy and suspicion of what unfolds. It not only looks great but sounds great too, with Branagh’s regular composer Patrick Doyle’s evocative score working in unison with the eye-catching scenery. Even if the solution is already familiar to some from previous adaptations, Branagh still finds ways to throw in a few plot surprises and give the film his own singular touch. Death On The Nile is murder most lavish, with all the heightened emotions and backbiting vengeance to go with its stunning backdrop. There’s room to complete a hat trick if Branagh feels the inkling to don Poirot’s extravagant moustache one last time – Evil Under The Sun perhaps? Crime might pay after all. 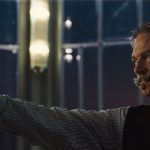 In short: Murder most lavish