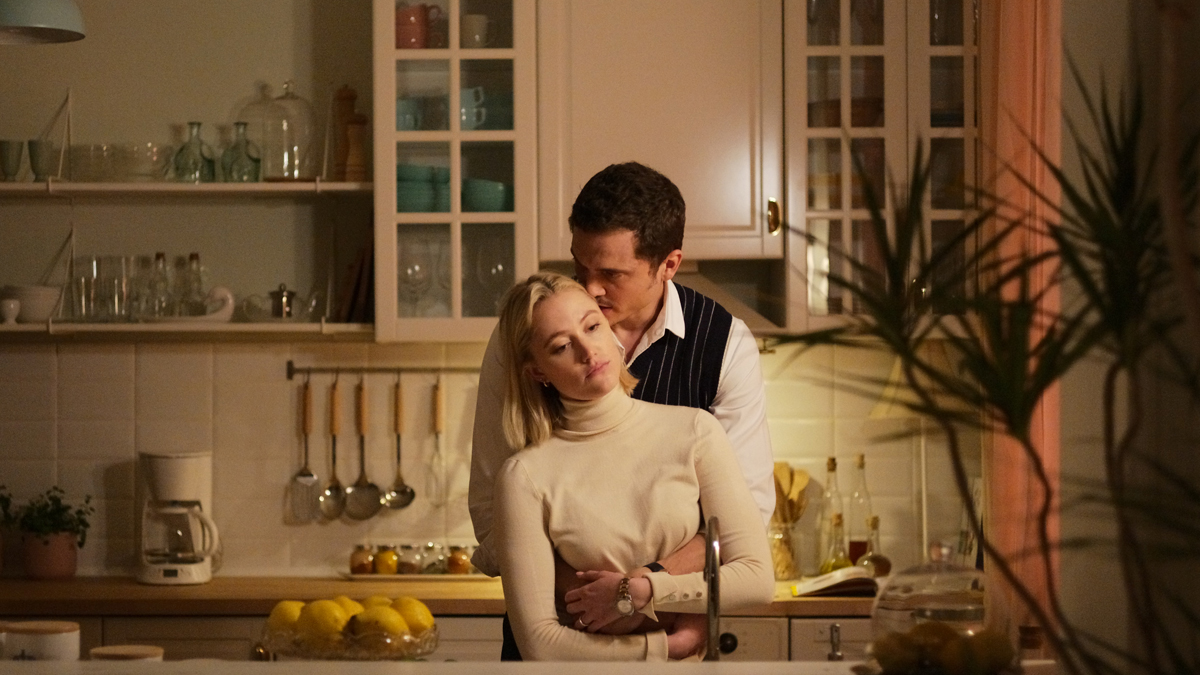 The Plot: Former actor Julia (Maika Monroe) moves to Bucharest with her husband Francis (Karl Glusman). Having received a promotion, Francis is tied up with his job and isn’t around much. That’s convenient for the person watching Julia from the apartment block opposite them – Watcher (Burn Gorman). Sitting in the shadows, he observes her and has an uncanny habit of turning up everywhere. Or maybe it’s just a misunderstanding that needs to be cleared up. But with a serial killer on the loose, Julia still feels uneasy and sets out to confront him…

The Verdict: The voyeuristic killer thriller is making a comeback. It was a staple of 1990s cinema, itself influenced by the playfully suspicious antics in Alfred Hitchcock’s Rear Window and of course Brian De Palma’s own aping of the master of suspense. Cinema itself is voyeuristic by nature – something which the closing shot of Watcher seems to suggest. Is the audience silently complicit by watching the watcher torment his victim? It’s an interesting idea to play around with audience expectations as to what the film might be. If only the film had the conviction to follow through on this concept though and make something worthwhile of it, to really push the nature of voyeurism in the present day and why it invariably tends to be attractive young women that are the subject of the male gaze. Admittedly though, the film does try to do something a bit different in its approach.

First-time feature director and co-writer Chloe Okuno moves the story from its original setting of Brooklyn (not enough creeps there it seems) to Bucharest, thereby creating a sense of dislocation and unfamiliarity for both lead character Julia and the audience. The apartment that she and her husband move into conveniently has large windows for neighbours to look into – privacy curtains are not used much in this film. The initial setup grabs the attention, building some suspense as the watcher watches and observes from his apartment, then follows Julia on the street – or is she following him? Okuno turns the tables, but never quite follows through on it successfully.  A lot of the film features Julia moping about Bucharest with only one facial expression – barely worry. Maika Monroe is a fine actor capable of wringing the right emotion out of character (e.g. It Follows), but she’s not given much range by the limitations of the script.

Okuno’s aim is a good bit off the mark, with the film mostly drained of dramatic tension to the point where incidental events (a missing cat, a neighbour who doesn’t respond) come across as filler material to get to the finale. Of which the less said, the better. It’s enough to say that it defies logic and comes in far too late to be dramatically effective. At one point, Okuno references Stanley Donen’s terrific, star-driven thriller Charade – a film that Watcher aspires to but is hopelessly inadequate in comparison. Distinctive character actor Burn Gorman at least looks like he’s having fun as he drives home his performance with low-key intensity. Everyone else just looks bored and disconnected from the film – like the audience presumably. There is the seed of an interesting idea here about voyeurism and how it should be dealt with, but Watcher is too blunt an instrument to make it properly. 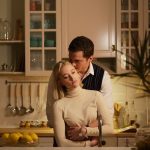