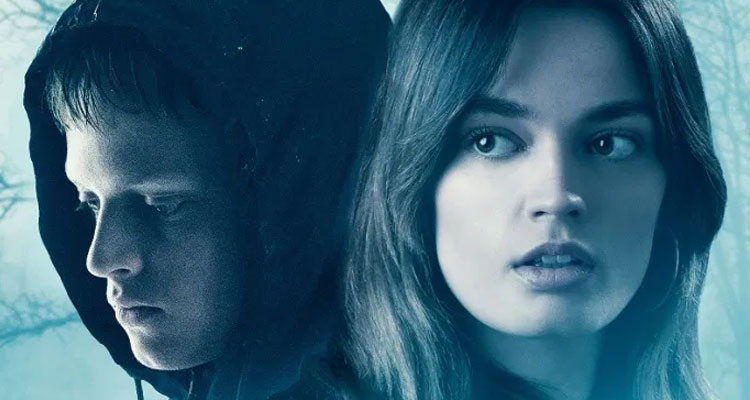 “Sometimes.. there’s stuff inside you can’t tell anyone.” The feature directorial debut from director Phil Sheerin and written by David Turpin (‘The Lodgers’), THE WINTER LAKE is an atmospheric, psychological thriller about a withdrawn teenager who discovers the dark truth about his neighbours.

When Holly’s (Emma Mackey) dark secret is accidentally uncovered by her new emotionally unstable neighbor Tom (Anson Boon), they are pulled into a violent confrontation with her father (played by Michael McElhatton), who will do anything to keep the secret hidden.

THE WINTER LAKE will be available on digital download from March 15th.