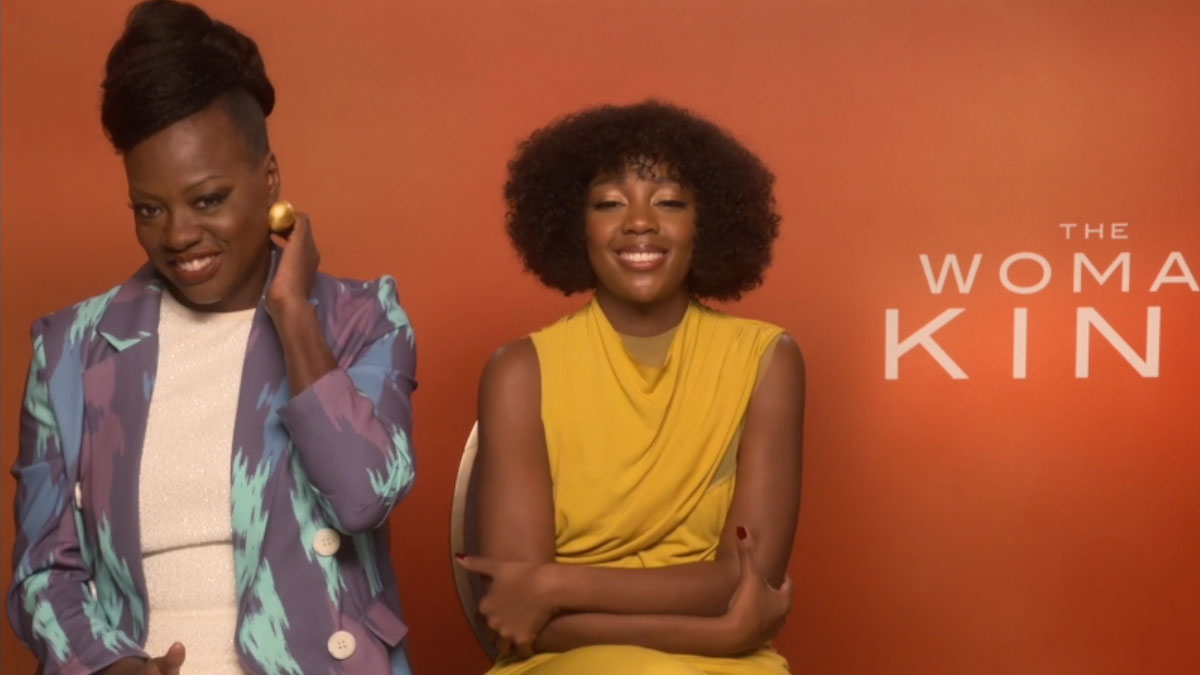 The Woman King has been getting a lot of buzz in the last few weeks, even becoming a box office hit in America. Rightly so, as it’s a thrilling epic with a basis in history and with crossover potential to be something more than it initially appears.

Set in West Africa, 1823, The prosperous Kingdom Of Dahomey is ruled over by King Ghezo (John Boyega). There are forces domestic and foreign drawing up plans against him and his territory. White traders from Portugal arrive, claiming not to be slavers. They enter an alliance with King Ghezo’s enemy and force his hand. Standing between peace and war is King Ghezo’s warrior elite – the Agojie. An all-female team of hardy warriors led by Nanisca (Viola Davis), they don’t back down in the face of fear. New recruit Nawi (Thuso Mbedu) wants to join the Agojie, but first she must prove herself worthy…

We caught up with the stars of the film Viola Davis & Thuso Mbedu to chat about their roles in this exciting new film now showing in Irish cinemas,

THE WOMAN KING is now showing in Irish cinemas