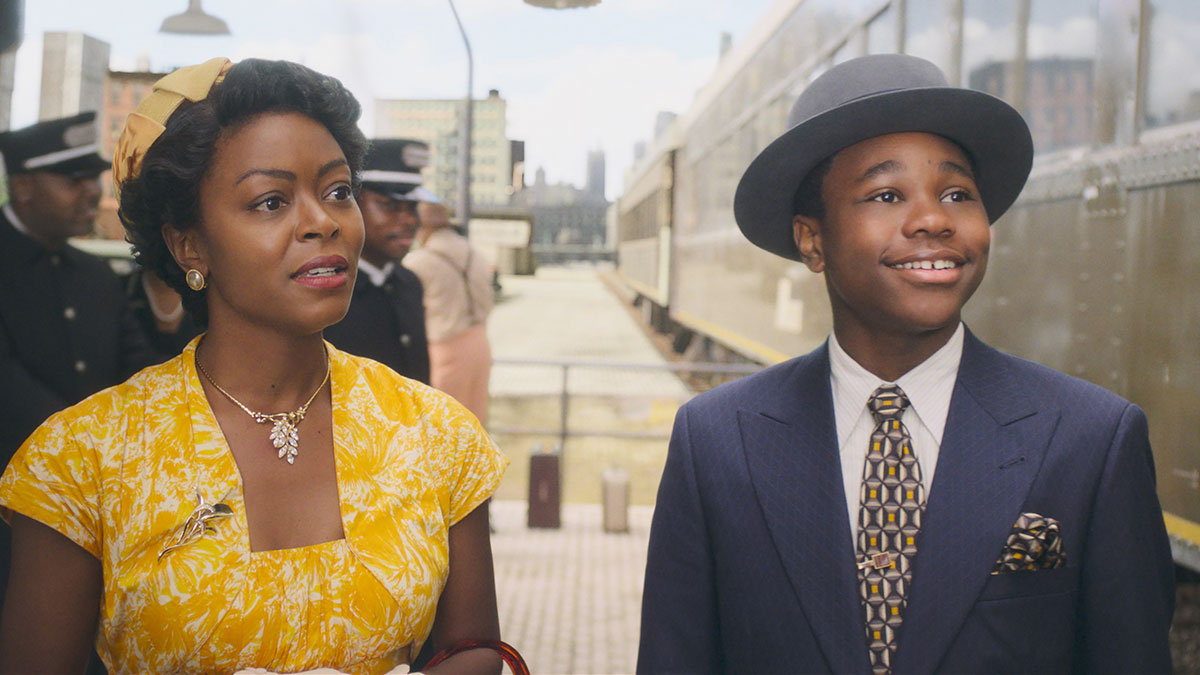 TILL – Interview with actor Jalyn Hall

Oscar’s favourite, TILL is a sensitive but harrowing telling of one of America’s most horrific racist murders. Jalyn Hall plays Emmett Till, a 14 year old child who was tortured & murdered. His mother’s refusal to hide the horrific injuries he endured & her choice to open his coffin to the nation served to ignite the civil rights movement that followed.

How are you feeling about the film?

I’m feeling excited. The movie is finally coming out for the world to see and there’s so much love and reception coming from everybody around the world for this movie.

TILL is such a great project to be part of. How did you get the role?

It was a really long audition process. I had auditioned a month or so before and we were waiting to hear back. And we got another call-back and I was feeling pretty good about both but then they called me back for a chemistry audition and that was with Danielle who plays my mother. And that was just a really marvellous time. The chemistry was there. She’s hilarious. We were laughing. I came out of the audition feeling better about myself. Just being in her presence is amazing

Very motherly. Probably because she has a son the same age of her own. So it wasn’t all acting! And then the final audition: I came in and they were talking like I got the part and I was like ‘Wait… you guys are talking like I got the part??’ And they were like ‘Oh yeah… would you like to be our Emmett?’ And I was like ‘YES! More than anything’. It was amazing

How did it feel to play such an important figure in history?

First of all, it’s an honour really. Whenever anyone plays a historical role it is their job, their responsibility to service it in all of its power and authenticity as well because you’re showing someone who was pivotal in our history to the world today. So that was really powerful for me and it was very important to me to embody him and give him the personality and the voice that you couldn’t get from the internet today in a picture or an article. Those were the key points to me so that the audience could connect to him. Because once you connect to someone personally it makes it that much harder to realise that this is something that happened to him. Cause a lot of times we hear what happened to him and it’s sad but we don’t know him personally cause he’s just someone in history. So this film breaks all of that dynamic down and really shows you these people who have joy, loss and sadness.

The subject of the film’s storyline, is quiet difficult in parts. What was that like for you and your mum?

So we had a bunch of conversations before going into the project and filming, just about some of the things that happen in the script and making sure I was in the right headspace. And of course there’s going to be that knowing of what’s going to happen and things that you’re going to have to go through but I was just super welcoming and embracing of this as something that was crucial for our community. So that one track mind got me through it like a mission because I was going to portray him to the best of my ability for the world to see. And with being on set, they had a therapist and we talked once or twice. She helped. She made sure that I was in a good headspace but I was good most of the time with my mum being there.

There was this one particular scene where Emmett was abducted and that was the hardest for me. I kept a one track mind, each day at a time and I didn’t look ahead too much, except to know the next pages of lines. But any of the actions I kept looking at one day at a time.

To keep it spontaneous and not inform the scenes before with the trauma to come?

Excactly. Lots of people asked me that. Knowing what’s coming, how did that affect you. And I”m like, he didn’t know what was coming. He didn’t have that mindset. So that scene was the hardest for me but like you said, that’s when I asked my mom in and got a hug and she made sure that I was alright and everything was alright. And thanks to her I got through the scene and all that tracked on camera

What would you like people to take away from this film?

Everyone will have a take away that’s unique to them and they’re entitled to that. Any feeling you are feeling is unique to you, but it’s what you do with that feeling afterwards. Will it inspire you to do more in the community, will it inspire you to activism… it’s really about what this project inspires in you, even if it’s just education.

TILL is at Irish cinemas from January 6th