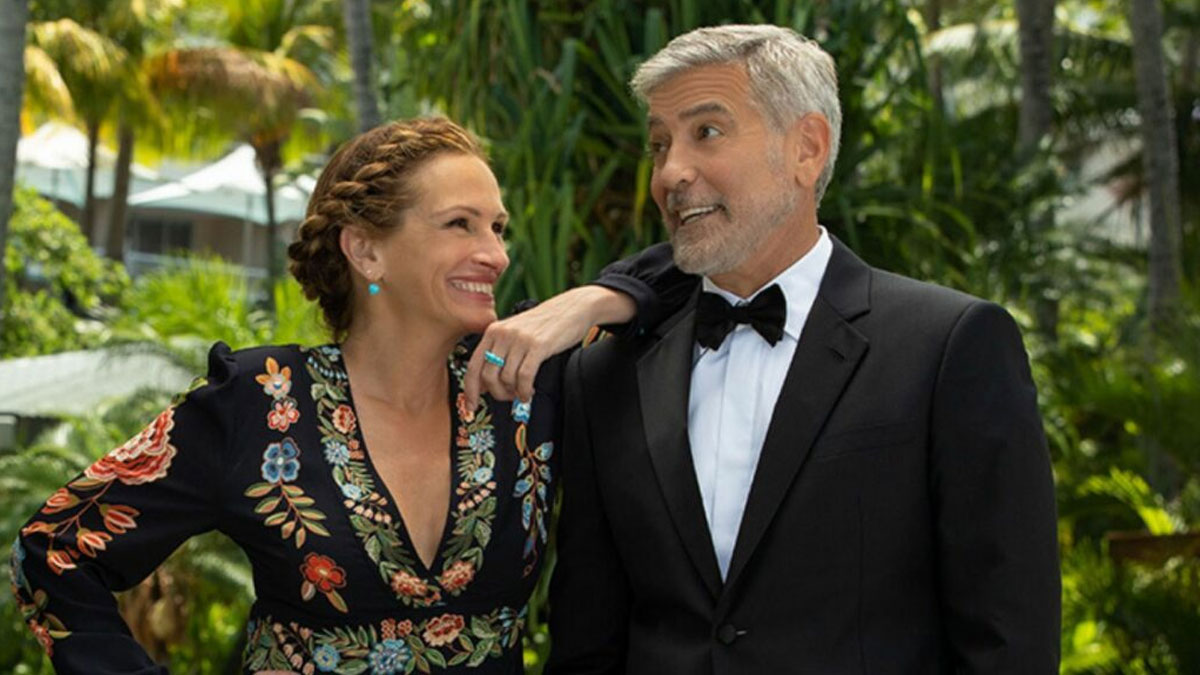 The Plot: After graduating from college, Lily (Kaitlyn Dever) heads to Bali with gal pal Wren (Billie Lourd). 37 days later, she’s still there… and ready to get married to newfound beau Gede (Maxime Bouttier). Her divorced parents Georgia (Julia Roberts) and David (George Clooney) are none too impressed. After spending decades regretting their 5-year marriage together, they find themselves on the same plane to Bali. They hatch a plan to stop the marriage from happening, believing it to be too soon and possibly the biggest regret that Lily might have. As they bicker and scheme, they learn a lot more about their daughter than they previously knew…

The Verdict: George and Julia. No surnames required. Two of the biggest names in Hollywood back onscreen again for their fifth outing together in Ticket To Paradise. It’s being released here well ahead of the US for a change – a sign that Hollywood is taking the international box office seriously again after a difficult two years. It’s also George’s long-awaited return to the romcom genre. Given his delightful performance here, one has to ask – what took so long George? Making message movies is admirable and commendable, but when you have a screen partner like Julia to spark off with then the fireworks just keep on coming. And indeed they do in this amiable offering from Mamma Mia: Here We Go Again director Ol Parker (the full-force singing ghost in that bizarre sequel is but a distant memory now, so let’s move on).

Parker also co-write Ticket To Paradise with Daniel Pipski. It’s obvious early on that it’s a tailor-made star vehicle running off the charismatic emissions and megawatt smiles of its co-stars. They scheme to disrupt their daughter’s wedding having already been through some sort of marital hell themselves. It’s a joy to watch them play off each other as they swap hotel rooms, hide rings and avoid flirting with each other. This isn’t the hellscape divorce of the jet-black comedy The War Of The Roses. No flying plates or crushed cars here. The hardest barbs are just side-swiping comments, playful pranks and generally good-natured bickering. The kind that makes this divorced couple hint that they haven’t really stopped loving each other, even when Georgia is now linked to a hunky younger man who follows her around with puppy dog eyes. That makes accepting their divorced status that bit harder and therefore the plot developments predictably predictable. It’s easy enough to spot which way the Balinese wind is going to blow here – for both this divorced couple and their daughter Lily.

Speaking of whom, Booksmart’s breakout star Kaitlyn Dever more than holds her own against her elder co-stars. If anything, she’s the most impressive element of the film. She side-steps those awkward character motivations like being married quickly and potentially divorcing early to portray a young woman who knows her own heart better than her parents even realise. And while her character falls for the first seaweed farmer that she comes across (huh?), there’s a heartfelt and tender portrait of love blossoming in the most idyllic of places (well, filmed in Australia). It’s there for the audience to observe early on, while we wait for Lily and David to catch up and put their differences behind them. This Ticket To Paradise is therefore standard fare that doesn’t try to be anything more than what it is. What this is though is a bubbly, well-meaning and thoroughly pleasant trip to the movies that coasts on the charms of its co-stars. And when you have George and Julia poking fun at their onscreen personas (stay for the end credits), it can be hard to resist.