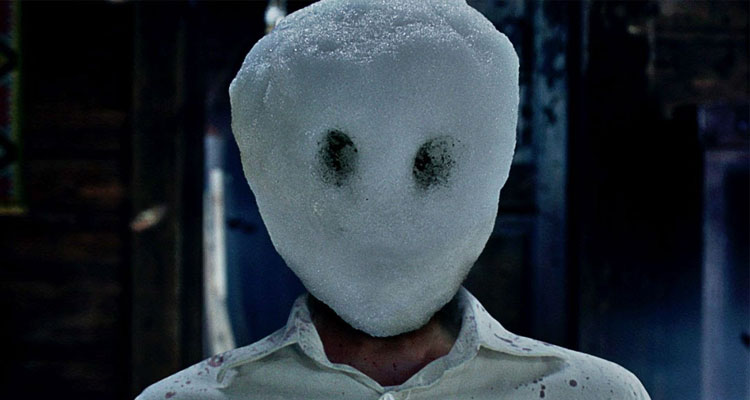 THE SNOWMAN (UK / Sweden / USA/15A/119 mins)
Directed by Tomas Alfredson. Starring Michael Fassbender, Rebecca Ferguson, J.K. Simmons, Charlotte Gainsbourg, Chloe Sevigny, Toby Jones, Val Kilmer.
THE PLOT: It’s a precarious time in Oslo. The city is bidding with other key cities to host winter games, led by local bigwig Stop (J.K. Simmons). On a more personal note, talented but maverick police detective Harry Hole (Michael Fassbender) is suffering withdrawal symptoms from not having a murder case to crack. He’s about to get a juicy one though. He’s approached by colleague Katrine (Rebecca Ferguson), who is investigating the disappearance of unhappily married women with children. A pattern is forming, with foul play suspected. Dismembered bodies are soon uncovered, with an anxious-looking snowman appearing nearby. A killer is on the loose and taunts Harry with his / her childish messages. Harry needs to pull himself together if he’s going to solve this…
THE VERDICT: ‘The Snowman”s only relation to its animated namesake is in the title. This is an altogether different film, a Nordic Noir with an international cast and with the backing of a Hollywood studio. It’s based on the seventh book in the Harry Hole series by crime writer Jo Nesbo, whose previous screen efforts include Headhunters and Jackpot. ‘The Snowman’ definitely cleaves more to the former in its execution, being a dark, intense and mostly humourless thriller that maintains a good pace throughout.
Having Tomas Alfredson as director is a major plus point for the film. The Swedish director of superior horror ‘Let The Right One In brings’ some chilly thrills to the proceedings. Dismembered bodies and decapitated heads feature throughout, but he makes the unusual choice of holding back on showing too much gore and instead emphasize the human horror of a dead body. He made a similar directorial choice of restraint in Let The Right One In and it works well here too. The Norwegian locations add an extra layer of atmosphere, moving from Harry’s collapsing apartment to swish city function rooms and isolated houses in the snow.
Harry himself is an interesting character – more three dimensional than the usual burnt-out cop on a killer’s trail. It’s what he doesn’t say that is interesting. Adding backstory with his former partner Rakel (Charlotte Gainsbourg) gives him a more rounded edge, no doubt helped by Fassbender’s typically well-judged take on the character. Two bum notes here are a ravaged-looking Val Kilmer, who pops up as a detective for a few scenes – not really adding much to the story. The years haven’t been kind to him and he seems to have suffered further indignity by being dubbed over by another actor. The other flaw is a bland reveal of the killer, who is ultimately a damp squib (literally).
That said though, ‘The Snowman’ is a reasonably solid genre effort that gets the tone, pacing and wintry atmosphere right for much of its running time. If Fassbender is looking to expand to other franchises beyond Alien and X-Men, then Harry Hole looks like a safe bet. There’s plenty of room here to explore this complex character. Sequel please.
Rating: 3.5 / 5
Review by Gareth O’Connor