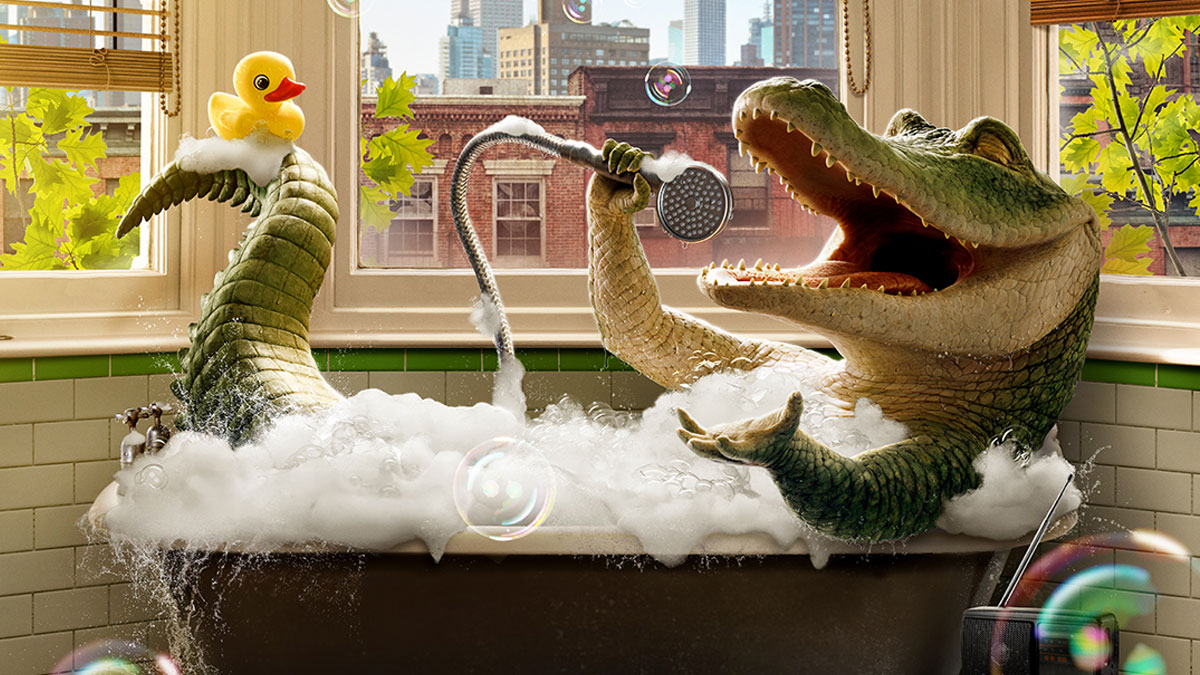 The Low-Down On Lyle Lyle Crocodile

‘Lyle, Lyle, Crocodile’ is a live action/CGI musical comedy based on Bernard Waber’s best-selling book series of the same name. When the Primm family moves to New York, their young son struggles to adapt to his new life. All of that changes when he discovers Lyle – a singing 4 crocodile (voiced by Shawn Mendes) who loves baths, caviar & great music-living in the attic of his new home.

88 : The original book from 1962 that introduced ‘Lyle, Lyle, Crocodile’ to the world was called ‘The House on East 88th Street.’

87 : While this is Lyle’s first big screen appearance, the loveable crocodile previously starred in a 1987 cartoon musical which was part of HBO’s Storybook Musicals.

4 : Lyle is voiced by pop-star sensation Shawn Mendes, who has had all 4 of his albums go to Number 1 in the Billboard music chart!

THE GREATEST SHOWMEN
Lyle, Lyle, Crocodile features original songs written by a powerhouse of song writers, including Benj Pasek & Justin Paul who previously wrote the songs for ‘The Greatest Showman’ & ‘La La Land’ for which they won an Oscar!

BARDEM’S BEATS
Even though he is appearing in a musical about a singing crocodile, Javier Bardem admits he couldn’t sing a beat until his recent appearance in Amazon’s ‘Being The Ricardos’ , the actor admits he couldn’t even hum a tune but eventually found the confidence by working with a vocal coach & by taking singing lessons. Javier was rewarded for his hard-work when he was shortlisted for an Oscar in the best Original Score category.

TWO HEADS ARE BETTER THAN ONE
Lyle directors Josh Gordon & Will Speck create almost all of their work together. The pair met in college & have worked side by side every since. They won an Oscar nomination for their short film ‘Culture’ & their first feature film was the Ice Skating comedy blockbuster “Blades of Glory” which starred Will Ferrell. The duo also are responsible for creating the infamous CGI Gecko mascot for GEICO insurance company.

AWARDS
‘Lyle Lyle Crocodile’ marks the first role in a major studio film for pop-star Shawn Mendes, who has numerous #1 hits to his name. To date Mendes has won 18 Society Of Composer awards, 12 Juno awards, 11 MTV Europe awards, 3 Grammy nominations, & a Brit Award. Let’s hope he has a big mantlepiece for them all!

LISTEN
Singer Shawn Mendes released four new tracks from the film on his Youtube channel this week, listen to the first one ‘HEARTBEAT’ below.

CONFIDENCE MAN!
Talking about his new found love of singing in movies, Lyle star Javier Bardem recently said “I never had the experience of expressing myself through singing. Exposition is brutal. You feel very vulnerable while singing especially if you’re not a singer. You think you look and sound ridiculous. You feel like what you’re doing isn’t worthy. These were brand new feelings for me but once I found the confidence, and more or less the style, and worked on the skills to do it properly, I loved it”. After Lyle, Javier will sing in two more musical films ‘The Little Mermaid’ & ‘Spellbound’ with Nicole Kidman.