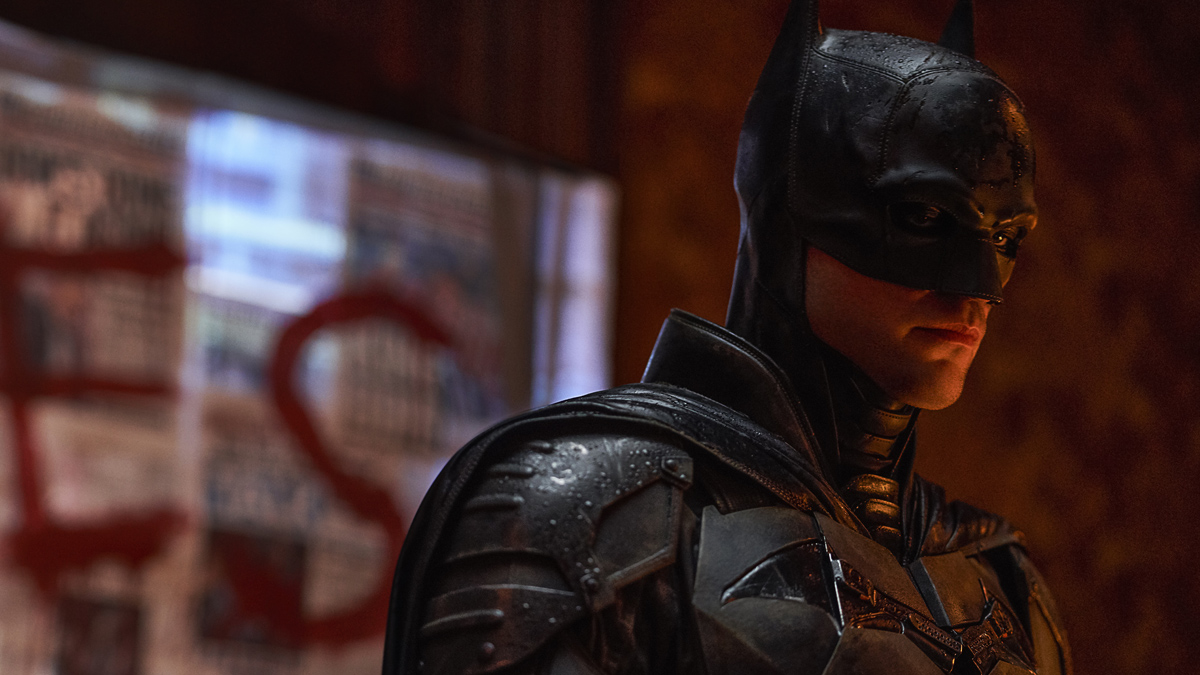 The Plot: Masked vigilante Batman (Robert Pattinson) has been out on the streets for the last two years fighting crime in Gotham City. Sobered by the fact that crime is only escalating and that he’s barely put a dent in the crime world, it’s time to start looking for bigger fish to catch. He zeroes in on mob boss Falcone (John Turturro) and his associate Oswald (Colin Farrell), which is where he also crosses paths with fellow vigilante Selina (Zoe Kravitz) who has her own agenda. There’s also a more sinister threat from a serial killer (Paul Dano) who threatens to expose the rotting underbelly of Gotham City…

The Verdict: When a popular, top-shelf comic book character like Batman has been around for as long as 83 years, he must be re-invented each time by successive generations in order to stay relevant and speak to the concerns of his time. After all, he’s not quite a superhero but a masked vigilante with no superpowers after all trying to redress the imbalance of justice as he sees it. It’s happened several times in the comic books and screen interpretations are no different. We’ve had a campy Batman, an edgy Batman, a gritty and growly Batman, an aging Batman and now we have a classy neo-noir interpretation for this decade in Matt Reeves’ new take The Batman. The word ‘renewal’ is thrown around quite a bit in The Batman, in reference to the crime-ridden Gotham City trying to clean up its act through a new mayoral candidate, aided by an uneasy alliance between the one good cop Jim Gordon (Jeffrey Wright) and the masked vigilante known as Batman.

Renewal is also a word that could be applied to the script by Reeves and Peter Craig. It’s no easy act following up Christopher Nolan’s acclaimed Dark Knight trilogy which ran from 2005 – 2012 and demonstrated with supreme confidence that you could successfully reboot the character and take him in exciting new directions. DC and Warner Brothers also experimented with bringing Batman into a team with decidedly mixed results. That was then. This is now. The character is better playing in his own sandpit, punching up Gotham goons and single-handedly attempting to repair the city’s fault lines. That’s where we find him in The Batman, two years into an exhausting crusade against crime. It’s that sense of renewal, where you can take the character and drop him into a familiar-yet-new story, and still come up with the goods that drives the plot forward at a thrilling pace that makes The Batman such a successful re-interpretation.

Reeves and his team do owe some level of debt to Nolan. While similar in some respects in a serious and realistic tone, The Batman is also wildly different in how it unfurls Batman’s cape as he casts his dark shadow over Gotham. Think of this one like a neo-noir built inside a fortified police procedural, wrapped up in an ever-evolving riddle. One clue leads to another, as Batman unpeels each layer, digging deeper into not only Gotham’s past but his own. The emphasis here is on Batman rather than Bruce Wayne. After all, Bruce Wayne is the real costume and here he’s not a playboy millionaire but a guilt-ridden recluse trying to live up to his father’s legacy. Even Gordon doesn’t know who Batman really is. Perhaps cognisant of repetition, Reeves doesn’t feel the need to world-build or go back to origin stories. This Gotham is ready-made and he plunges the audience head-first into it from the thrilling opening sequence, backed up Michael Giacchino’s thrumming score that evokes dread as criminals fear what lies in the shadows.

Robert Pattinson acquits himself very well as both Batman and Bruce Wayne. Modelling his performance on the late Kurt Cobain, he brings a fiery intensity and a sobering, burnt-out reality to this Batman. The kind that makes you think he might just kill a mobster for the hell of it, rather than politely drop him off at the police station. Working convincingly under layers of excellent make-up, an unrecognisable Colin Farrell is a force of nature here (he even tested his make-up out in Starbucks and nobody recognised him). His bullishness is also a neat counterbalance to Paul Dano’s Riddler, a successful re-interpretation of the anarchic character as an internet-savvy serial killer who is as softly spoken as he is freakishly terrifying. This is a dark, often brutal film fully earning its tougher rating though Reeves never envisioned it as being too adult. He maintains a firm hand on the action sequences, ramping-up set pieces like a breakneck car chase that roars away with the growl of the sleek new Batmobile. And while it pushes close to three hours, it’s time well spent in developing the characters and pushing them further into desperate situations. There’s no fat here, just an efficient, well-toned machine that moves like a bullet.

On the whole then, The Batman is as exciting and thrilling a new Batman film as a Batfan or any regular cinemagoer could have hoped for. While it’s introspective enough to be a study on the dark knight of the soul, it also delivers on the action, noir and narrative fronts to be its own particular thing and confidently sets its own distinct footprint in Batman’s revered legacy. While envisioned as a standalone film, Pattinson is interested in exploring the character more and building a trilogy. On the evidence of the smooth roadwork already laid here in The Batman, there’s plenty of mileage yet to go for this Batmobile. Bring it on. 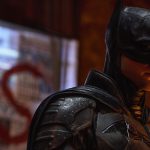 In short: Dark knight of the soul

4
Dark knight of the soul