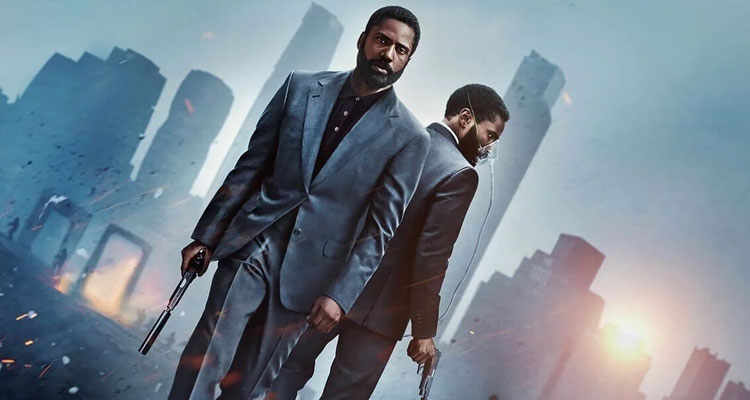 Emma Thomas is an English film producer, known for frequent collaborations with her husband, filmmaker Christopher Nolan. Her producing credits include: The Dark Knight Trilogy, Inception, Interstellar & Dunkirk. Here Emma talks about her behind the scenes work on this summer’s biggest blockbuster TENET.

Can you briefly describe the overall concept of TENET?
In the same way that Inception is a riff on the heist drama, Tenet takes the spy movie genre and turns it on its head.  Basically, it’s the Chris Nolan version of a spy movie with all the fun globetrotting action extravaganza that you might expect to see in a film like this, along with a certain extra Chris Nolan fairy dust sprinkled over it (LAUGHS).

From a producer’s standpoint, could you talk about the international nature of this production and the challenges of that, and also some of the triumphs?
Yes, I feel like every movie we make expands—everything gets bigger and more challenging—and Tenet was truly an exponential increase in scope and scale.  The film is absolutely massive and has great number of large action sequences.  And we also had to accomplish them in seven different countries, which was exceptionally challenging.  But I think that the sense of accomplishment was huge when we managed to achieve that.  We had the best of the best in every person who worked on this film, and they were at the top of their game.

Absolutely.  Let’s talk about capturing things practically.  You had some very trusty, longtime collaborators with you, including (director of photography) Hoyte van Hoytema and production designer Nathan Crowley.  Can you talk a little bit about how the team as a whole helped you accomplish this amazing production?
Oh my gosh, so much work goes into it.  There’s a lot of rehearsal that happens, whether it be the actors or the stunt guys or the picture car people.  There was also a lot of strategizing in the office, a lot of R & D, and really preparing for any eventuality so that on the day, when you’re shooting, you can be as nimble as you can be.

And in front of the camera, you had a pretty remarkable international ensemble.
Yeah, we have an amazing cast on this one—they’re all wonderful actors and really just the nicest bunch of people, which makes it all so much easier.  Chris had been really impressed with John David Washington’s work in Ballers on HBO, and then of course we saw BlacKkKlansman.  Chris was really looking for somebody who would have a physical presence, but he also wanted somebody with super charisma.  We needed somebody who could lead the audience through the story, and I think that John David does that incredibly well.  Robert Pattinson and Elizabeth Debicki are both fantastic, and it was a complete honor to work with Kenneth Branagh again.  And then Michael Caine, the lovely Michael Caine, without whom we really couldn’t make the film, so we were glad he agreed to come back to play with us for a day.

Tenet marks your first collaboration with composer Ludwig Göransson.  What did he bring to the film in terms of its score?
You know, music is such an important part of any film, but I think that in Chris’s films, we really feel that the music is almost a character.  When we realized that Hans (Zimmer) wasn’t going to be available to do Tenet, we had a moment of terror, but we then became excited at the idea of, well, maybe this is a chance to work with some of the exciting talents that we’ve noticed and Ludwig has done some remarkable work.  We were thrilled to have him on; he brings a freshness and a sort of different energy, and I think that when you hear the music in the film, you’ll be suitably impressed.  It’s really fantastic, and we’ve loved working with him.

I know that Chris always utilizes IMAX® cameras on his films.  What does that add to the experience of making and also watching the film?
IMAX, I think, is Chris’s format of choice at this point, but it really works for this film.  I can’t imagine it shot in any other way because the characters are larger than life, and the vistas…  We traveled across the world, and we wanted the film to be utterly immersive, and we wanted it to be absolutely beautiful and we want people to feel like they are in these incredible locations alongside our characters.  But at the same time, even along with the beauty of the photography, we want people to feel that it’s all tangible and very real, and I think that’s the great thing that IMAX brings you.  There’s no sense of distance between the audience and the action that they’re watching on the screen when they’re watching a movie in IMAX.  And so we were very happy to be able to shoot this film on IMAX film once again.

Lastly, why do you believe Tenet should be seen on the big screen?
We shot this film to be seen on the big screen.  We want this to be a large-scale, immersive, transportive entertainment experience.  And although, in the longer term, I’m sure people will watch it on their phones or on their TV’s or wherever, the idea behind the film is really to create that big-screen experience for the first time people experience the movie.