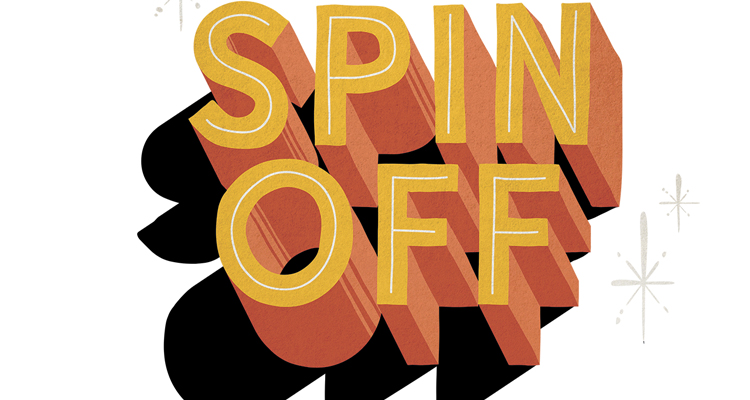 SPIN-OFF CITY! WHEN SUPPORTING CHARACTERS GET THEIR OWN MOVIES!

Even in the company of the hugely funny likes of Steve Carrell, Jason Segel, Russell Brand, Kristen Wiig, Will Arnett, Steve Coogan and Ken Jeong, the real scene-stealers of the Despicable Me series has always been the Minions. Looking like walking yellow tic-tacs with varying numbers of eyes and talking in complete gibberish, they were an instant hit, and it didn’t take long for them to get their own spin-off movie, with Minions due to hit Irish cinemas on June 26th.

To that end, we’ve decided to go over some of our favorite movies that were based on supporting characters. We’ve also kept it within animation, because when it happens in live-action it tends not to work out so well… Remember Elektra? Or The Scorpion King? Or U.S. Marshalls? Exactly!

Telling the story of how the sword-fighting lothario eventually came to cross paths with Shrek and co., Puss In Boots didn’t feel anything like a shameless cash-in primarily because it was so different to the rest of the Shrek series. A lot of that probably came down to producer Guillermo Del Toro’s influence, who was probably also responsible for the likes of Salma Hayek, Zack Galifianakis and Billy Bob Thornton joining Antonio Banderas on voicing duties. Fans of the original will be happy to know that there’s a sequel on the way, but probably unhappy to hear that Puss In Boots 2: Nine Lives & Forty Thieves isn’t due to arrive until 2018.

They’ve had their own TV show since 2008, and have successfully managed to swipe all the best lines from the three Madagascar movies, so it was only a matter of time before Skipper, Kowalski, Rico and Private got a movie of their own. However, even with assistance from Benedict Cumberbatch as an overly serious wolf and John Malkovich as a truly creepy octopus villain, audiences didn’t flock to see the movie the way they should’ve, so a sequel is unlikely. Not to worry though, as the Penguins shall be back again in Madagascar 4, also due out in 2018.

A spin-off from the Wallace & Gromit series and movies, Shaun The Sheep has already been entertaining audiences since 2007 with his 7-minute long episodes. It was a minor miracle that they managed to stretch his adventures into a feature-length story, all while keeping any kind of discernible language off the table. Following Shaun and his pals from the farm into the big city was great fun, filled to the brim with jokes for the kids and the adults. Definitely one worth seeking out.

Not a direct spin-off in the way the others are, more just set within the same universe, Disney took the Cars franchise and brought it up into the clouds. Dane Cook voices Dusty Crophopper, a plane with a fear of heights who still wants to become a championship racer, and the film proved popular enough to result in a sequel, Planes: Fire & Rescue. There was also Boats, a short film released back in 2013, and there’s still talk that Disney may end up taking the series higher still, with whispers of a Spaceships movie apparently in the works.

We could’ve gone with a few different options here – Cronk getting his own movie off the back of The Emperor’s New Groove would’ve been a close second – but we had to go with our hearts on this one. It’s a bit of cheat, since Timon & Pumbaa never actually got their own movie, but they have appeared in all three Lion King direct-to-DVD sequels, plus they had five seasons of their own TV show! With all that under the belts, finding the meerkat and warthog duo should be Hakuna Matata!