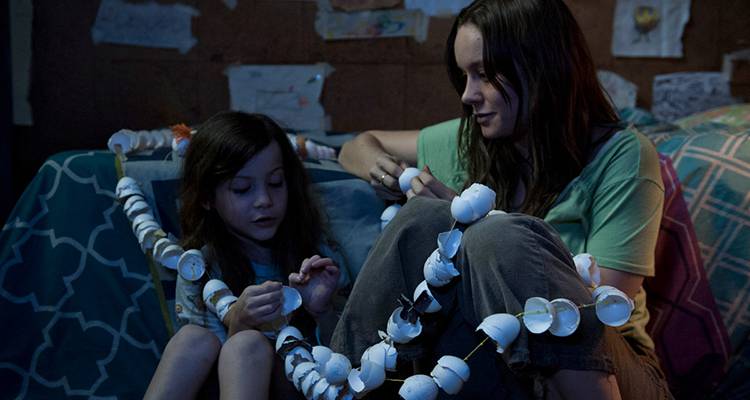 ROOM (Ireland/Canada/15A/118mins)
Directed by Lenny Abrahamson. Starring Brie Larson, Jacob Tremblay Sean Bridgers, Wendy Crewson, Joan Allen, William H. Macy, Tom McCamus.
THE PLOT: For 26-year-old Joy (Larson), abducted seven years ago and now living in a squalid, sealed-up garden shed with her five-year-old son, Jack (Tremblay), it’s all about make-believe. And making her boy believe that this is all there is – and it’s wonderful. More importantly, Joy is keen to keep her son safe from his father, Old Nick (Bridgers), who calls every now and then with groceries and a hard-on.
When Old Nick attempts to get closer to Jack, his mother knows it’s time to make another escape plan. And this one might just be a matter of life and death…
THE VERDICT: Based on Dublin-born, New York-based novelist Emma Donoghue’s eponymous 2010 bestseller, ‘Room’ cleverly takes us beyond the traditional teenage girl kidnap horror to the next day, and what happens when real-life takes over from the TV True-Life Movie Of The Day. Not that Abrahamson (who worked with Donoghue for two years as they put the screenplay together) doesn’t deliver wonderful drama in that first act, as we explore the big world mother and son have created for themselves in this tiny 11’ x 15’ room. But it’s when that big bad world outside comes crashing in that the real intrigue begins.
There’s lots to admire about this film – great cast, clever plot, tight direction, a stirring Stephen Rennick score delivered by the RTE Concert Orchestra, fine work by DoP Danny Cohen – but, more importantly, ‘Room’ is engrossing, and entertaining.
It’s a film too that establishes Abrahamson as perhaps Ireland’s greatest living, breathing, kicking filmmaker, his leap from ‘Frank’ to, well, Anne Frank confirming his talent for handling all kinds of cinematic madness and sadness. Golden Globe winner Larson shines, Tremblay is one of those freakishly good kid actors, and it’s heartening too to see the mighty Joan Allen back in the saddle.
Go see it. In the cinema.
RATING: 4/5
Review by Paul Byrne