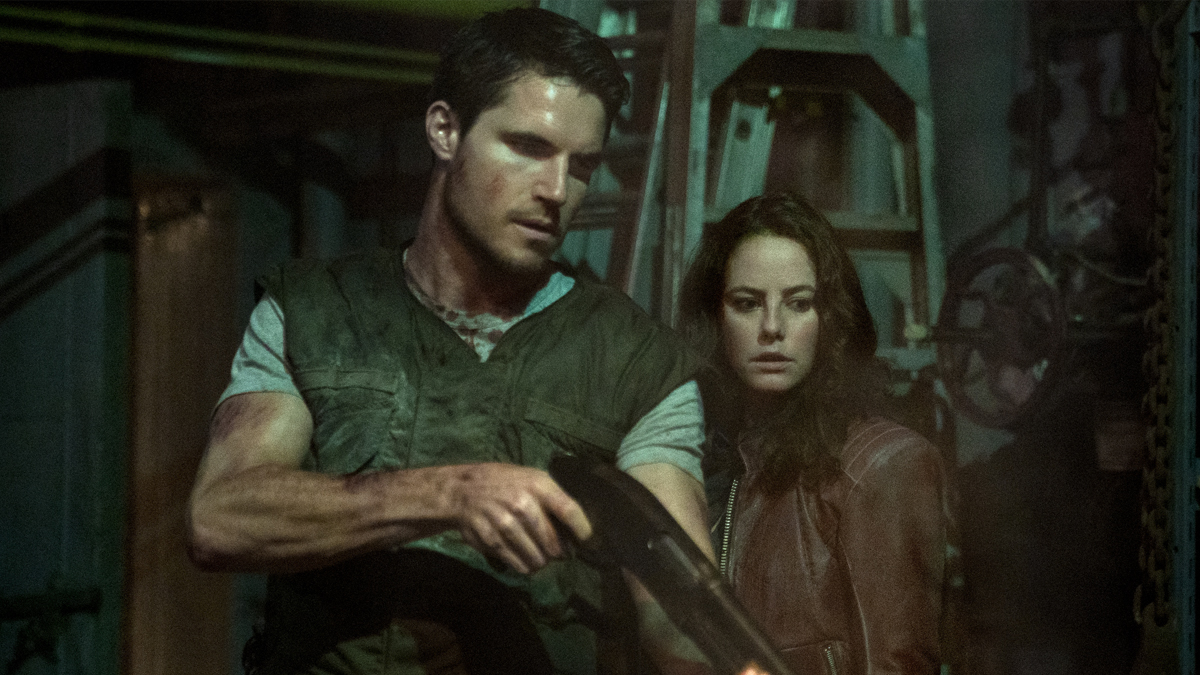 Resident Evil: Welcome to Raccoon City is the latest film to helm the title of the adored horror video game franchise. Set in 1998, this origin story explores the secrets of the mysterious Spencer Mansion and the ill-fated Raccoon City. We were lucky enough to sit down with one of its stars Robbie Amell and pick his brain about what brought him to this project and what he hopes audiences get out of it when they see it in cinemas when it opens on December 3rd.

There’s a lot of people excited to see your iteration of Chris Redfield. I know my sister and her boyfriend are big fans and can’t wait to see what you bring to this to this iconic character. How did you feel getting the role?

Oh man it’s a dream come true. For me, I grew up on the games. One of my earliest childhood video game memories is playing in the dark and the dogs jumping through the windows and scaring the shit out of me. You know, I’ve been a big fan.

I also love the movies. I thought Mila Jovovich was awesome. My buddy Shawn Roberts played Wesker, so it’s been a big part of my life. So, when this came up, I was just so excited at the possibility and then I met with Johannes. And that just furthered my excitement, because I could see that this was the right guy for the job. His take on it was great. His script was great. You could tell he was he was a fan of the games and wanted to really, you know, adapt Resident Evil 1 and Resident 2. So, I mean, I was just very lucky.

And you know, you have the most video game accurate moments in the film. What was it like doing some of those practical stunts in that haunted house?

The first time I set foot in the Spencer Mansion was like, a super surreal moment. I’ll never forget it. How many times do you walk through that room when you’re playing the game? So, I’ve been here a million times. This is awesome.

And then the first zombie encounter I have is the white coat. It is straight out of the game, over the shoulder and everything. It was shot for shot. It was right out of the game. So, my job was half done for me. Johannes wrote a great script, I’m wearing the green flak jacket, I looked like Chris Redfield, I was like, just say the words and don’t screw this up. So, I got to have a lot of fun. For me, it was very much like living out a childhood dream.

Some of the biggest scares in the film come from scenes where you’re literally by yourself, taking on hordes of zombies, what were those scenes like to film, especially some of the scenes that were in the dark.

They were super cool. So, the fight scene in the dining room that’s only lit by my muzzle flash was intense. We spent a day rehearsing and it was myself, the stunt coordinator and 10 stunt players dressed as zombies. They were just awesome. We rehearsed it top to bottom over and over and over again. They were just laying it all out and making sure that I looked like a total badass. Getting to shoot it in the dark was just, it’s just really cool from a fan standpoint. You know, I’m a big fan of John Wick and films like that. And, and just, that’s, you know, that’s as close as I’ve ever been to having a fight scene like that. And, you know, having it take place in the Resident Evil universe was just the icing on the cake for me.

You spoke on your fandom, so what is it like knowing the legacy that Chris Redfield has going forward with potential sequels? Are there any particular ones that you’re looking forward to hopefully re-enacting, perhaps involving boulders or anything like that?

You know, we tried to find somewhere for it in the movie and the tonal shift was too tough. We talked about it you know, a one-liner, a joke, and it couldn’t feel too much like a stray from the movie. So, you know, we will always be hunting for that place, and it will be a huge win when we get it, but it’s not in this one.

So, you know, I would love to do more, I think Johannes has talked about potentially, a Code Veronica side of things and whatever he’s in to, because, you know, he’s the captain of the ship and he was the right guy for it. I would trust Chris Redfield in his hands any day.

And finally, Robbie, what do you hope fans get from the film once they get to see it?

I genuinely believe this is the Resident Evil movie that fans of the game have been waiting for. You won’t catch everything in the first or second screening. There are so many easter eggs. I mean, Johannes got the blueprints from Capcom for the mansion and the police station.

And if you if you haven’t played the games, then it’s a great introduction to this world as an origin story for Resident Evil and I mean, there’s a reason Resident Evil business has been as successful as it has been. It’s beloved. So, I hope that it brings new fans to the franchise, and I hope that it delivers on what current fans are hoping for.