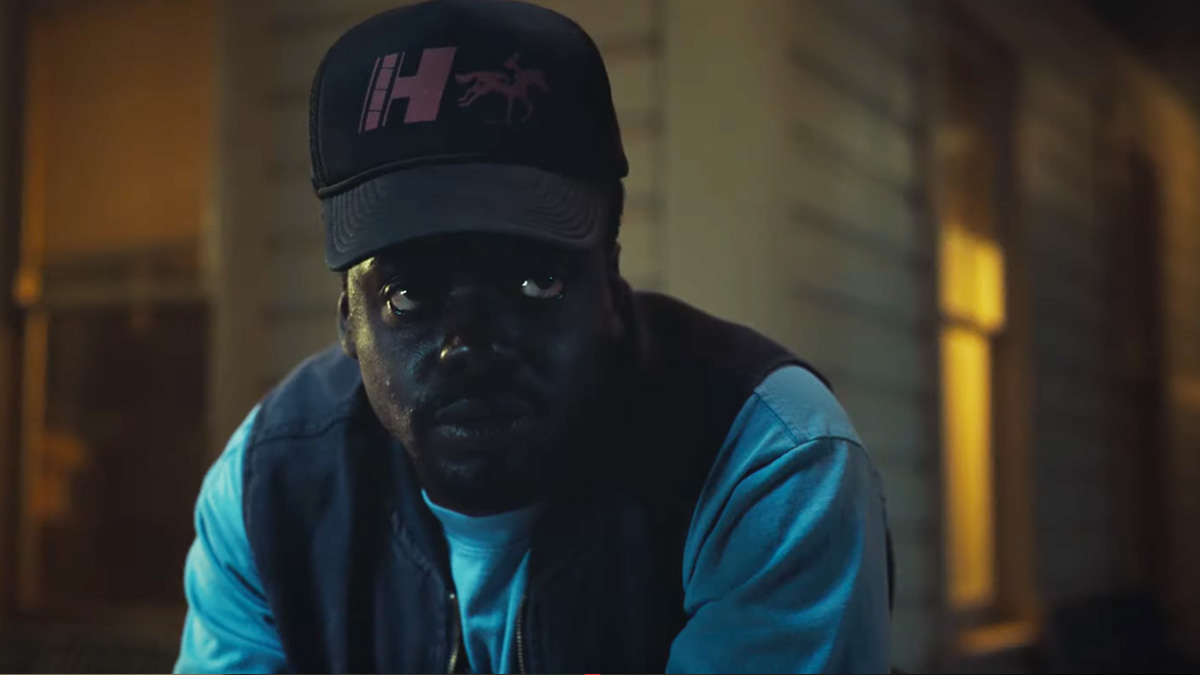 Movie Review
4.5
Out of this world

The Plot: OJ (Daniel Kaluuya) and his sprightly sister Emerald (Keke Palmer) have continued on their family tradition of being involved in the horse-wrangling business for the entertainment industry. They live on the family ranch in a remote country ravine, with wide open vistas before them. They’re not the only ones. Ricky (Steven Yeun) runs a nearby cowboy theme park and working set for a family TV show. When OJ’s horses start acting strange, he looks up and thinks he sees a large object moving in the clouds. Then he notices that one of the clouds isn’t moving at all and may be harbouring a dark and potentially life-threatening secret…

The Verdict: That’s three for three for Jordan Peele. The triple-threat writer/director/producer announced himself as an exciting new directorial talent with the huge success of Get Out. He then consolidated his new master of horror/suspense branding with the mind-bending Us. His third joint Nope is eagerly anticipated, with just a cryptic poster announced last year to get people’s heads scratching once more. While the cat is out of the bag in that it’s an alien encounter movie, Nope is very much a Peele film which shifts audience expectations and takes them on a wild earthbound ride into the unknown. This is Peele in blockbuster Spielberg mode, positing what might happen if you mashed up Close Encounters Of The Third Kind with Jaws and then put it through the Peele machine to come out with something quite distinct and no less thrilling and cinematic than those 1970s masterpieces.

The origin of Nope is based on the idea of spectacle, an alien encounter movie taken from a ground-level perspective and occasionally through the lenses of various cameras including a hand-cranked IMAX celluloid camera at one point. Crucially important for Peele is the idea of bringing people back into the cinema to show what it’s all about. The big screen, the thunderous sound (extra effective in IMAX), the popcorn thrills of living vicariously through a handful of characters trying to observe / survive a potential close encounter of the fourth kind. Peele’s script builds slowly but surely, hinting ominously at something hiding in the clouds. Don’t Look Up indeed. The character build here is superb, crafting a brother-sister survival story set amongst a too-quiet widescreen California landscape. The chemistry here between Daniel Kaluuya and Keke Palmer is spot on, with characters that have a lived-in sense of history, humour and bravery when faced with the terrifying unknown. The supporting cast is solid too, especially gravel-voiced 1990’s mainstay Michael Wincott making a welcome return to the cinema after an absence of several years.

As one might expect from Peele, it’s hard to know exactly which direction the story is going to go in. That’s part of the fun of his maze-like approach to filmmaking. He leaves aside the predictable map to the maze and instead plunges the audience into a deeply involving mystery where the stakes are higher than they look. There are no cutaways to the White House or an approaching military rescue / cover-up. Peele keeps his cameras tracking on just a handful of characters framed against a dramatic landscape, winds up his toys, unwraps his cinematic bag of tricks and then lets the UFO-hunting games begin. A key contributor here is Christopher Nolan’s regular Director of Photography Hoyte Van Hoytema. The stunning deep-focus cinematography whether at night or in the daytime draws the audience into the confines of this environment, with various key elements scattered around the screen waiting to activate and come into play. It’s a film that not only looks and sounds great, but it’s also a film that should be seen on the biggest screen possible to enjoy it as the communal-based spectacle that it’s intended to be.

Of course, this being a Peele film the idea of a spectacle comes with a caveat, hinted at in the opening credits. Be careful what you wish for – you may get it. He may be emphasising the need for humans to leap before looking first, especially into the frightening unknown where who knows what might be waiting in the darkness. As a sci-fi/horror with a quickening heartbeat, Nope ticks many of the boxes it set out to do and then decides to work outside the box. It once again confirms Peele’s place as one of the most exciting and original American directors working today. Nope is quite literally out of this world.

In short: Out of this world