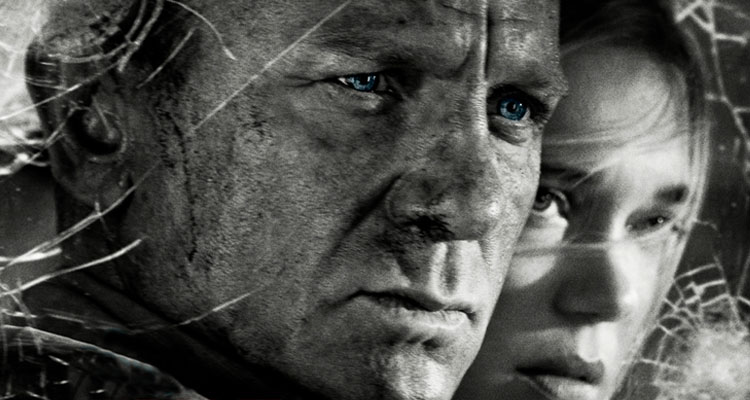 No Time To Die

The Plot: Secret agent James Bond (Daniel Craig) has left active service, enjoying life with new lover Madeleine (Lea Seydoux). He hasn’t quite left the past behind him though, still haunted by the memory of Vesper. SPECTRE have tracked him down though and brought him back into the fold, orchestrated by an imprisoned Blofeld (Christoph Waltz). There are bigger problems though around the theft of a potentially dangerous bioweapon, which is where Safin (Rami Malek) comes into play. Bond will have to wrap up these loose ends before the noose tightens further still around his neck…

The Verdict: We’ve been expecting you, Mr Bond. When No Time To Die was put on hold last year, it became the first blockbuster to blink at the oncoming storm. Now that the storm has passed, it’s a reassuring sign that some normality has returned and that confidence has grown in the recovery of cinema after a bruising 18 months. Recent signs from the box office are promising, but all eyes will be on this 25th film from the longest-running film franchise. Will it draw people back who have perhaps been nervous of stepping inside a cinema again? If anyone can do it, it’s James Bond and even more so, the longest-serving Bond in Daniel Craig. The people’s Bond defied expectations with Casino Royale and worked twice as hard to earn his Walther PPK. After some reluctance at returning to the role after SPECTRE, this fifth and final outing for Craig is the capstone on a shining monument contributing to the legacy of the franchise.

Legacy is a theme that weighs heavily throughout No Time To Die. When Bond and new villain Safin come face-to-face, they talk of leaving something behind – their mark on the world, for better or worse. This Bond film is quite self-aware in that regard, tipping its steel-rimmed bowler hat to the legacy of previous films and characters with On Her Majesty’s Secret Service being a particular touchpoint. It’s not just lip service – it’s about finding out what makes Bond tick as a character. The Craig era has been particularly perceptive in this regard. Bond’s regular screenwriters Neal Purvis and Robert Wade are here joined by director Cary Joji Fukunaga and Phoebe Waller-Bridge. The four of them have concocted a deeply involving, intricate storyline that ties together those loose ends from the previous four films, providing definitive answers but posing some provocative questions in the process. The contribution of Waller-Bridge is notable here, as she rounds out the character and puts him in an emotionally-involved situation that requires more than a gunshot and a one-liner to resolve.

Potentially controversial decisions have been made in the scriptwriting process, pushing Bond into brave new territory of franchise firsts. The kind of territory that delivers bang for your buck but also makes your heart beat faster as you keep up with the spiralling series of doomsday events. How audiences will react to that remains to be seen, but if anyone can pull it off it’s Craig. He remains a solid ocean of calm here, rounding out the previously sexist, misogynist dinosaur into a more human and reachable character. It’s not hard to see why Craig responded to the script – it raises the stakes even more for Bond as well as the world. Saving the world isn’t enough anymore, as he has to have something personal worth losing. It’s a complex web of plotting and action set pieces, which are very well executed by True Detective and Beasts Of No Nation director Fukunaga. He gets under the skin of Bond and delivers a show-stopping send-off for Craig which moves along with a steely sense of purpose, building to a terrific climax on Safin’s island lair.

Speaking of Safin, Oscar-winner Malek makes for an intriguing villain who challenges Bond’s perceptions. Bond villains have often been mirror images of Bond himself – Christopher Lee’s Scaramanga in particular. Malek joins that long line with distinction and is a tortured villain with his own idea of tidying up the world. Lashana Lynch acquits herself well as a new 00 agent, with some amusing rivalry with Craig. Ralph Fiennes, Naomie Harris and Ben Whishaw have settled well into their supporting roles, so one hopes they might be kept on for future entries. The only disappointing character element here is Ana de Armas as Cuban agent Paloma. She fills a role to get Bond from A to B, not making enough impact before the relentless story breezes past her. Considering her sparkling cyanide chemistry with Craig in Knives Out, she’s a damp squib in a film full of bullets flying everywhere.

No Time To Die is the longest Bond film to date, but nearly every moment comes across as earned. It’s the strongest Bond film since Casino Royale and concludes Craig’s tenure leaving no doubts as to his contribution to the franchise. It will certainly leave audiences shaken and stirred as the credits roll to a familiar if somewhat ironic song. The very end of the credits once again proclaim that James Bond Will Return, but in what form? Rumours are already swirling as to who will pick up the Walther PPK next. Gatekeepers of the franchise Barbara Broccoli and Michael G. Wilson will not be making any decisions until next year, with Broccoli remaining in denial about Craig’s departure for now. Farewell, Mr Craig but not goodbye. The next Bond actor has big shoes to fill, but that’s for another day. For now, sit back with your popcorn and enjoy the long-awaited return of Bond and the big screen in the kind of glorious style that only he can pull off. 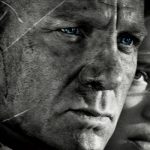 In short: Shaken and stirred