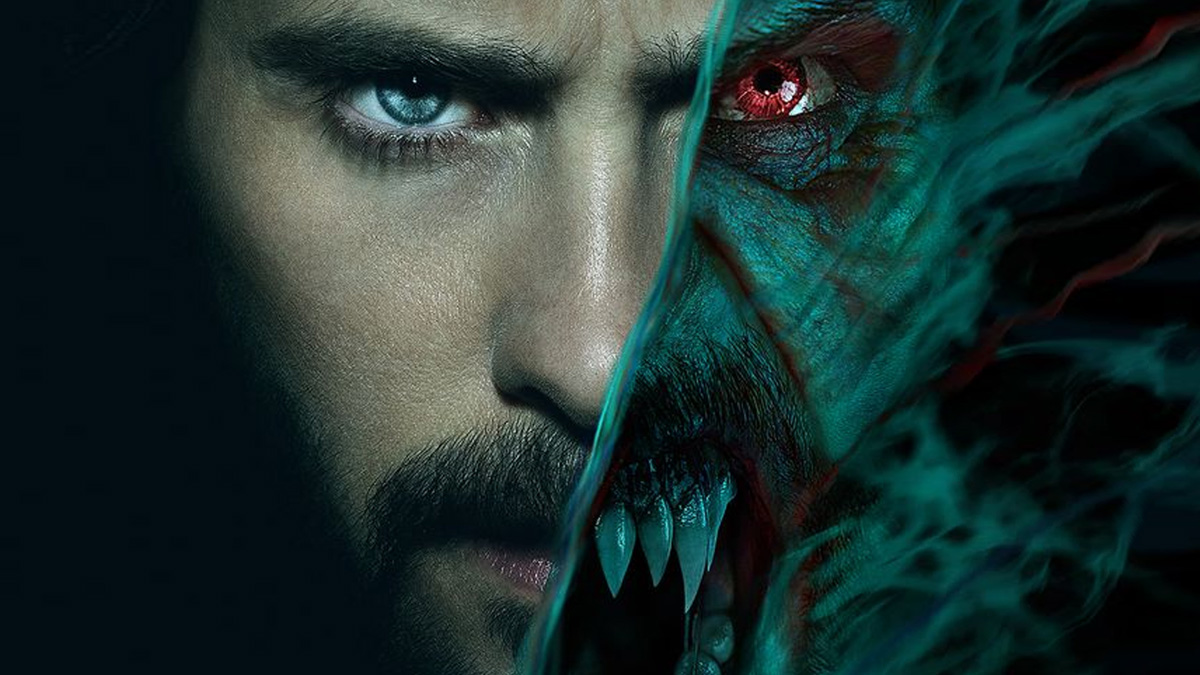 The Plot: Dr. Michael Morbius (Jared Leto) has a rare blood disease which weakens him and makes him look like death warmed up. Having spent most of his life searching for a cure, he ends up in Costa Rica studying vampire bats. The cure might lie within, so the good doctor develops a serum from the bats and uses himself as a test subject. He improves allright, his health restored and his senses awakened. This comes with a drastic side effect: vampirism. With the help of fellow doctor Emil (Jared Harris) and colleague Martine (Adria Arjona), he learns to keep his thirst for human blood at bay by drinking artificial blood. However, his afflicted friend Milo (Matt Smith) wants the serum too…

The Verdict: ‘Sleep all day. Party all night. Never grow old. Never die. It’s fun to be a vampire.’ The tagline for The Lost Boys described the benefits of becoming a vampire… without mentioning all the side effects including an appetite for blood and death by stereo. That’s something that Dr. Michael Morbius has to contend with as he conducts illegal experiments in international waters and then finally on himself. He learns to live with vampirism and keeps the killer instinct locked in a coffin as long as he can. Long-delayed but finally exploding onto screens with a hearty snarl, Morbius is the latest link-up between Sony and Marvel. It’s far from the giddy heights of Spider-Man: No Way Home as it slides down the quality scale, but it’s better than the two Venom films. A Morbius-Venom interface would perhaps be unwise, as Sony and Marvel have hit upon something halfway decent here.

It’s based on the comic book character ‘Morbius: The Living Vampire’ who first appeared in a ‘Spider-Man’ comic in 1971. The character is a well-meaning but ambitious doctor who pushes himself to the limit to find a cure at whatever cost. That comes at a heavy price as he adapts to heightened awareness of his environment and uses his skills for good – or maybe evil. So, what we have here is a quasi-horror film with (anti?) superhero overtones. A mash-up between the horror and superhero genres has resulted in strange bedfellows in recent years, producing ultra-violent films like Brightburn. There’ll be more to come with Sam Raimi’s horror-infused Doctor Strange sequel soon. The two genres sit together a bit uncomfortably with Morbius, resulting in an identity crisis at the bloody, unstaked heart of Daniel Espinosa’s film. It’s not enough of a horror film – the violence and bloodletting is admittedly anaemic for ratings reasons. A good portion of the film revolves around Morbius and Milo making (un)scary CGI-assisted faces at each other before swirling about in a mass of pixels. The CGI battles leave a good bit to be desired, the deficiencies more glaring in IMAX.

It’s also not enough of a superhero film, for most of the running time unsure of which way the dice should fall in determining whether Morbius is a good guy or a bad guy. Maybe he’s in the gray, somewhere in between. The second post-credits scene does finally drop a hint but it’s a belated if somewhat tantalising development. Jared Leto and Espinosa do at least have some fun playing around with Morbius’ vampiric skills, portraying him as a very different kind of bat man. DC might just get into a fit about it, as Morbius cheekily plucks from Christopher Nolan’s trilogy but with the emphasis more on Morbius’ self-destructive nature as he fends off the urge to kill and drink human blood. It’s well-known that Leto throws himself into his roles with wild enthusiasm and this one is no different. Looking gaunt and near death in one scene and full of vampiric vigour in the next, he holds court well. The less said about Matt Smith’s cocky, one-note adversary, the better. Watching Morbius going through his own inner turmoil is enough of a battle.

Morbius is something of an anaemic mixed bag then. Not terrible, but not great either. However, on the evidence of this first outing there is potential for the character to develop and grow into the Sony-Marvel cinematic universe and possibly bounce off other characters. He just needs a more focused script to clamp his fangs on and see where it takes him. The main takeaway here is that it’s not a Venom clone and that’s a mild relief of sorts. Depending on the box office, Morbius might just deter that stake through the heart and survive to die another day. 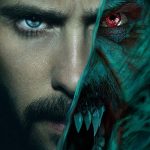