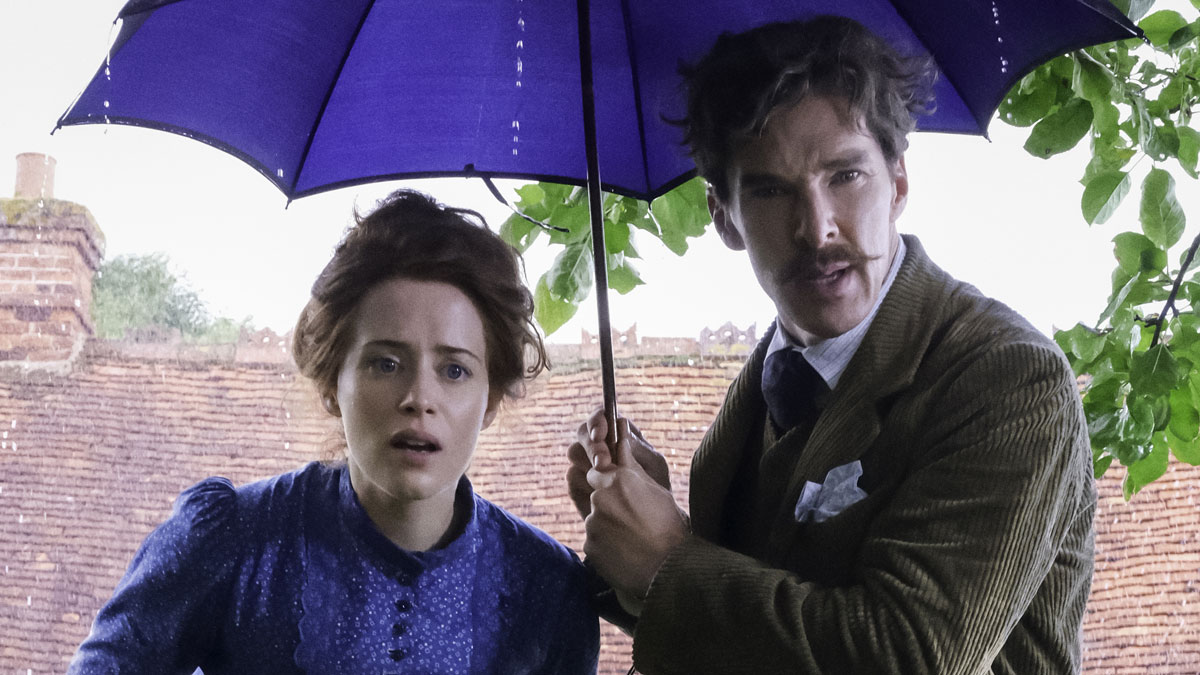 The Electrical Life of Louis Wain is a new biographical comedy-drama directed by Will Sharpe, that tells the extraordinary true story of eccentric British artist Louis Wain (Benedict Cumberbatch), whose playful, sometimes even psychedelic pictures helped to to transform the public’s perception of cats forever.

We caught up with director Will Sharpe to chat about this new movie opening in Irish cinemas on New Year’s Day.

Cats are notorious for doing their own thing, so what was it like shooting with so many?

It was a mixture of incredibly beautiful, charming moments and a lot of patience. Most of our cats were professionally trained cat actors, and we worked with a fantastic cat wrangler. I decided early on that I didn’t want to use CG to manipulate the cat’s behaviour because I thought it would make it a different kind of movie, and I wanted this to feel like it was a human story. I wanted the cats to feel like cats. That meant that occasionally there would be these beautiful organic moments, and other times we just had to adapt or perform. Kittens are so innocent that they don’t even realize they’re on a film set, so they would always give us loads of great material, but the older cats, sometimes we had to negotiate with them a little bit. The most cats we had on set was for the cat show scene, where we had over 40 cats, which was a huge logistical exercise. We had to cast supporting artists who owned cats, but we also had to cast confident cats, show cats and cats who are comfortable in this kind of setting. There had to be a very carefully managed holding area to keep the cats in, so it was an exercise of ferrying these cats very carefully into the space. We had to shoot everything very quickly. I was super impressed with how the whole team came together to make it happen.

Louis sees the world in an unusual way, and you have created a film with a very distinct look to convey his world. Why did you decide to do that?

First and foremost, we were influenced by Louis Wain’s work, and we came to call it Wain’s World as shorthand. Louis Wain’s parents worked in textiles, so he was always surrounded by colours and patterns as a kid, and you can really see that in his work. We wanted to embrace that and celebrate that with him as much as possible. Eric Wilson, the director of photography, and I decided to favour this four-three aspect ratio which gives the film a slightly fairytale nostalgic feeling. We did things like filling the frame with lots of lovely characters, whether it be group shots or really good for close-ups, which really focuses you on the performance. We really wanted to try and understand Louis Wain as a human being and to get inside his mind and heart and share a sense of that with the audience as best we could. It was really important to us to try and manifest that on the screen, and sometimes we did it with colour, which became part of storytelling. Governesses in Victorian times would traditionally wear either black or blue; Emily’s [Clare Foy] iconic look is a blue governess dress, and blue starts to become a significant colour as the film develops. When Louis longs for Emily or feels a certain way because of Emily, you start to see subliminal flashes of blue in the frame.

Did you know much about Louis before you began work on the film?

This project was sent to me by SunnyMarch, Benedict Cumberbatch’s company. Like most people, I felt like I recognized his pictures, I felt that I had seen them before somewhere, but I couldn’t tell you where I saw them. And I suppose that even the fact that I come across Louis Wain, but I never stopped to appreciate who the person was who was responsible for these pictures, was interesting in itself. I don’t think he’s particularly well known, and perhaps that’s part of the reason why I felt like there was a story to tell here. The more I read about his life, the more I found him to be an incredibly inspiring human being. I thought he was someone who showed extraordinary resilience and courage. He is an unconventional hero; he’s battling with his own personal struggles and his mental illness. Sometimes he’s living through difficult times, which I think we can all relate to at the moment. I think, for us, it’s a story about Louis Wain, the human being, almost more than Louis the historical figure or an artist.

As you mentioned, Benedict Cumberbatch’s company produced the film. What was it like working with him as an actor?

As soon as we started talking about this project, I felt like we had the same love for this character. We both cared very deeply about him and wanted to do right by Louis Wain. We had a week of rehearsal of just me and Benedict, working on the technical aspects, and I was really fascinated by how he works. We tried to draw from fragments of writing and try and establish a way for Louis Wain to move. There are some funny accounts of how he used to make up tunes on the piano at artist’s parties and make up improvised dances that were very jerky and strange. We tried to get into the physicality of Louis and tried to imagine how he would speak, how his physicality would change, depending on his social situation. I was always blown away by Benedict’s abilities to transform from a younger man into an older man for the later scenes, sometimes even on the same day. Benedict happens to be a very good artist, but he worked very hard to perfect the ambidextrous drawing techniques that Louis was famous for and to understand how the style of his illustration progressed through the ages. We had a very comprehensive preparation period that was quite technical, and it went quite deep and quite broad. When we came to the shooting of it, it became very instinctive. I was really impressed by how Benedict was always able to achieve a kind of flow. He was able to perform very instinctively and immediately, I think in some ways, because we had had that preparation period together. I also think the fact that he cared so deeply about this story and this person has influenced his performance in some ways. He talks about how he carried Louis Wain with him and still feels him and compares it with how he felt when he was playing Alan Turing. The passion that he had was also a big part of his performance.

Louis and Emily have beautiful chemistry. How did you know that Claire Foy would be the right actor for the role?

I had been thinking about the character of Emily and how to balance the charm and the lightness with the heavier moments. I wanted to give Emily an active role and to meet Louis’s relationship and mutual romance. As soon as I started talking with Claire, I felt almost like I was talking with Emily. She has such ease; she is nimble, and she’s able to move from a lighter moment to a dramatic moment gracefully. Like you say, as soon as Benedict and Claire were together in a room and we were rehearsing, I felt like there was immediate chemistry. I really wanted to capture that, and I wanted them to share the frame as much as possible and to get myself out of the way. There’s something about how comfortable they were in each other’s company that is really helpful for telling the story. It is about two people who are slightly at odds with the world and with society, but when they came together, they could open out their hearts and find a way to connect both with each other and with the world around them. We shot those scenes with Emily early in the schedule, and that was really helpful because it meant we were carrying those moments shooting the rest of the film.

Did you learn anything from how Louis lived and worked that you can apply to your craft as a filmmaker?

The world of the film is hopefully influenced more than anything else by Louis Wain himself, and whether it be the visual style or the tone of it, I was really struck by the dissonance between, on the surface of it these very playful images of cats playing cards, whatever it be, but occasionally seeing little cracks of vulnerability or fragility underneath it. I really wanted to understand the human being behind his art and share that with the audience as much as possible. I guess, like on any job or journey, you learn an extraordinary amount. I admired Louis when he really seemed like someone who was unembarrassed to be himself. He had a unique point of view, and he saw the world in a very particular way, and I admire him for that, for just being an authentic version of himself always.