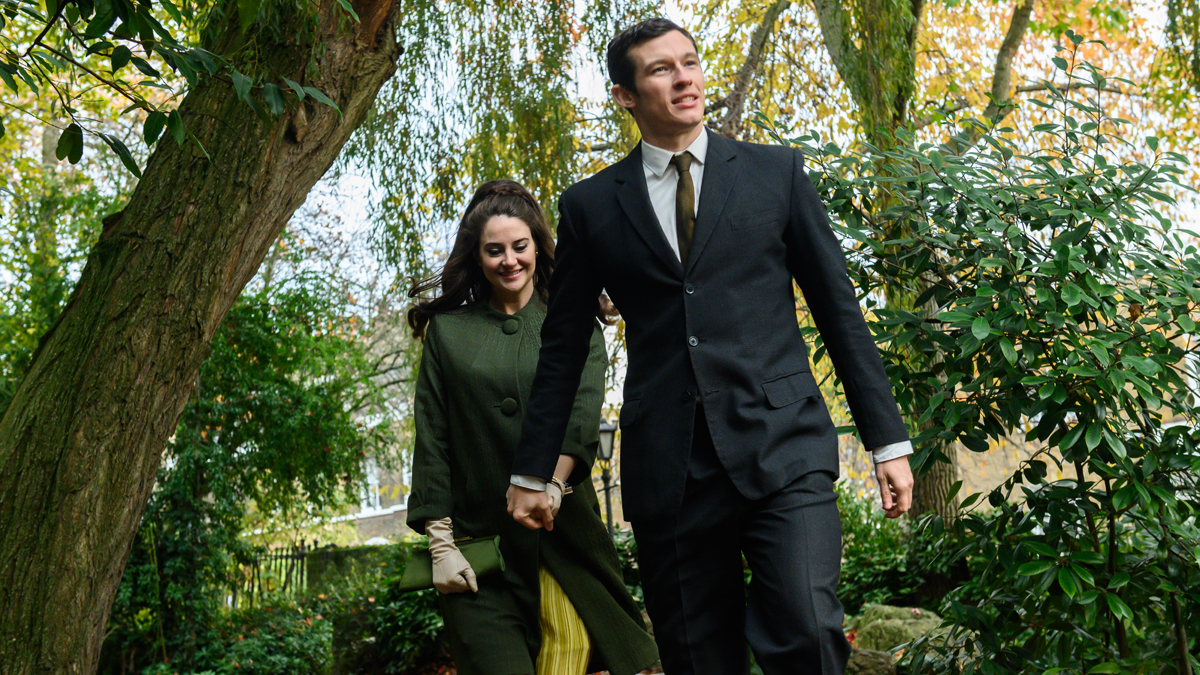 Based on the best selling novel by Jojo Moyes, ‘The Last Letter From Your Lover’ is an ambitious film that intertwines two stories, over two different time periods. When a journalist finds a trove of love letters from the 1960s, she finds herself trying to solve the mystery of a secret affair. We caught up with the the author of the book to talk about the challenges of turning her story of two different love stories set over two different decades into a movie.

Did Shailene Woodley and Felicity Jones fit with the image you had of the characters you created in the book?

I’m going to give you the honest answer and that was no. The Jennifer I wrote was blonde and icy looking. When they suggested Shailene I was a bit taken aback, because the one in my head was so strongly different. As soon as I saw Shailene in costume and saw the way that she inhabited Jennifer, I just forgot my old version because she’s really good. I had never seen Felicity do comedy, most of her roles have been quite buttoned up people, people who are quite proper or formal. A lot of viewers are going to be surprised by the Felicity that they see in this because she’s kind of messy, she drinks too much, she sleeps with the wrong guys. She’s a hot mess, but she’s also really funny. There is a scene where she eats a croissant, which just makes me laugh every time I watch it, she’s just got funny bones.

You were a producer on the film, did you collaborate with the director, Augustine Frizzell?

Luckily for me, Augustine is very collaborative. She wanted my opinion on certain things, and we rewrote some of the love letters. She asked my opinion on various things because it’s a complicated plot. I have the whole thing in my head and know the reasons I’ve done certain aspects and so she wanted to be able to talk about certain aspects to make sure she was headed in the right direction. I’m really happy when directors want to be collaborative, because it just keeps the film true to the voice of the book. Beyond that, I would say it’s very definitely Augustine’s film. The beauty of film is that it brings new dimensions to your written words. I think what she’s created is so lush and visually gorgeous in a way that I couldn’t portray. They have their own stamp on it, if you like. I do think I have been lucky with who I have worked with. I know some writers haven’t had as happy experiences.

Felicity’s character, Ellie, is a journalist just as you are. Did you put any of yourself in the character?

Not much in the practical sense. I was married long before Tinder, and all those sorts of apps came out, so I never went through that stage of life. But I am tenacious, like she is. If I want to do something, I kind of just keep on until it happens. I’m a bit relentless. I drink less than she does. That’s about it. I’d love to look like Felicity, though, I think she’s absolutely gorgeous.

You mentioned that actors often bring different elements to your characters, so was there anything that any of the cast brought that you didn’t expect?

There is a vulnerability in Shailene’s performance that I was unprepared for. There is one scene where she’s asking Callum to seduce her, where she just looks at him and it’s the most beautiful, heart-rending moment, she’s 100% yearn. She’s just she just wants him so badly, but she’s not quite brave enough to say it, and that really moved me. As far as Felicity goes, it was the comedy. The original Ella I wrote just wasn’t as funny, and there are a few looks and throwaway lines that Felicity does that just provides really welcomed relief to the intensity of the other plotline. It enables you to smile or have a chuckle.

Have you had the chance to see the film in the cinema?

The first time I watched a screening of this in a cinema, I nearly cried. I was so happy. I mean we had to do social distancing, obviously, and wear masks, but there is an impact that the big screen has on the communal experience of feeling emotions alongside other people I don’t think you can get from any other medium, and I’ve missed it. I love going to the cinema, it’s just one of my greatest treats. I’m thrilled that they held off. Originally this was going to come out at Christmas and then it was going to come out in February, Valentine’s Day, and I’m glad that they had faith that we would reach a point where we could go back into cinemas because I just think there’s something magical about the big screen.