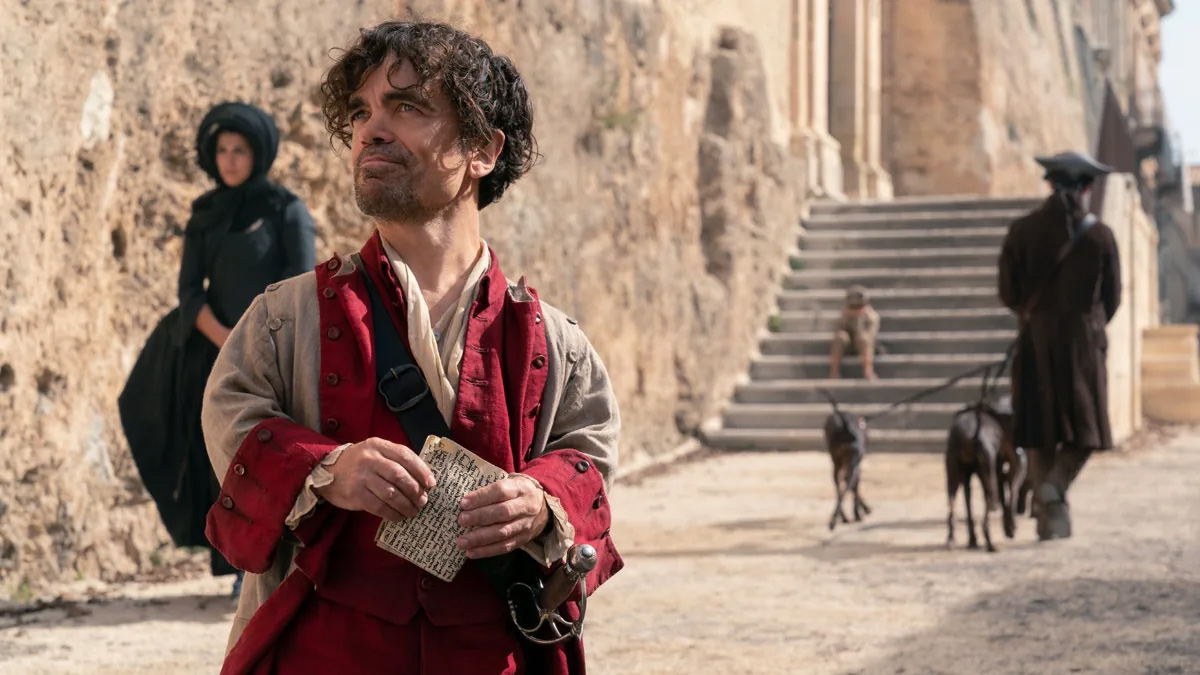 Movie Review
2.5
Too many notes

The Plot: Cyrano (Peter Dinklage) is small in stature but high in ambition and has a way with words. He’s secretly in love with his friend, the beautiful and dreamily romantic Roxanne (Haley Bennett). However, she has eyes for another – the young lieutenant Christian (Kelvin Harrison Jr.). Christian is clumsy when it comes to wooing women, so unknown to Roxanne Cyrano aids him by writing love letters and passing them off as Christian’s. As war looms though, Roxanne’s rich and powerful other suitor De Guiche (Ben Mendelsohn) has other ideas…

The Verdict: Edmond Rostand’s 1897 play Cyrano De Bergerac was a loose fictionalisation of the real-life Cyrano’s life. It has since been adapted several times for the screen. Following in the footsteps of Jose Ferrer, Gerard Depardieu and yes, Steve Martin is now Peter Dinklage as the title character in Joe Wright’s new adaptation Cyrano. Gone is the enormous nose to be replaced by a Cyrano short in stature, as he secretly woos his unrequited love Roxanne through the man she actually has eyes for. Given that the original play was written in rhyming verse, Wright has taken that as the launchpad for a musical version re-uniting Dinklage with Haley Bennett from their off-Broadway production. The result is… well… pretty much what you’d expect from Wright. It’s beautifully lensed by Armagh’s own Seamus McGarvey and has two good leads, but it’s also uneven and a bit flat in its execution.

The opening shot of the film is a typical Wright touch – a puppet hanging on a string. That’s a nod to his parents’ puppet theatre but also to the theatricality of what’s about to unfold. He’s played around with that idea before – his bizarre, mostly-stagebound adaptation of Anna Karenina. Filmed in Sicily, Cyrano is thankfully more cinematic in its delivery but never quite escapes its theatrical origins. Maybe that’s the point. It’s a film based on a play, rather than a film taken from the play and then grown scene-by-scene into its own thing. There are merits to that of course, in that it makes the songs more palatable. Cyrano’s rhyming entrance, as he does a withering takedown of a ham stage actor, comes across as rat-a-tat 19th Century rap. It’s amusing without drawing too much attention to itself. That’s the opposite of Ben Mendelsohn’s dastardly De Guiche, warbling out pure panto villain as he storms through the streets claiming that Roxanne will be his tonight. Fine Australian actor for sure, but Mendelsohn is Pierce Brosnan’s equivalent in Mamma Mia here.

The songs are a mixed bunch, some of them decent and others overwrought like the centrepiece being Bennett’s rendition of I Need More. Indeed. The film really needed less of the glitzy setpiece songs and more of the emotion behind the characters. The most effective song doesn’t even come from the leads. For one scene only, the camera moves away to focus on three soldiers on the warfront and a well-known and Oscar-winning Irish singer steps forward to leave his indelible mark on the film. Now that’s more like it. Dinklage, a surprisingly decent singer and Bennett hold their own onscreen, making up for the lightweight Kelvin Harrison Jr. – a damp squib as Christian. Try as he may though, Wright can’t shake off the impression that something isn’t quite right with this Cyrano. As Emperor Josef II in Amadeus put it, there are simply too many notes. Too much singing, not enough of the emotion needed to credibly sell these characters and their secret desires to a modern audience. Only at the end does that come forward, but by then it’s rather late. Cyrano is not a musical disaster, but it’s not a musical triumph either. It’s a passable watch, but you might be better off tracking down the enjoyable Depardieu version instead. 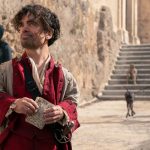 In short: Too many notes