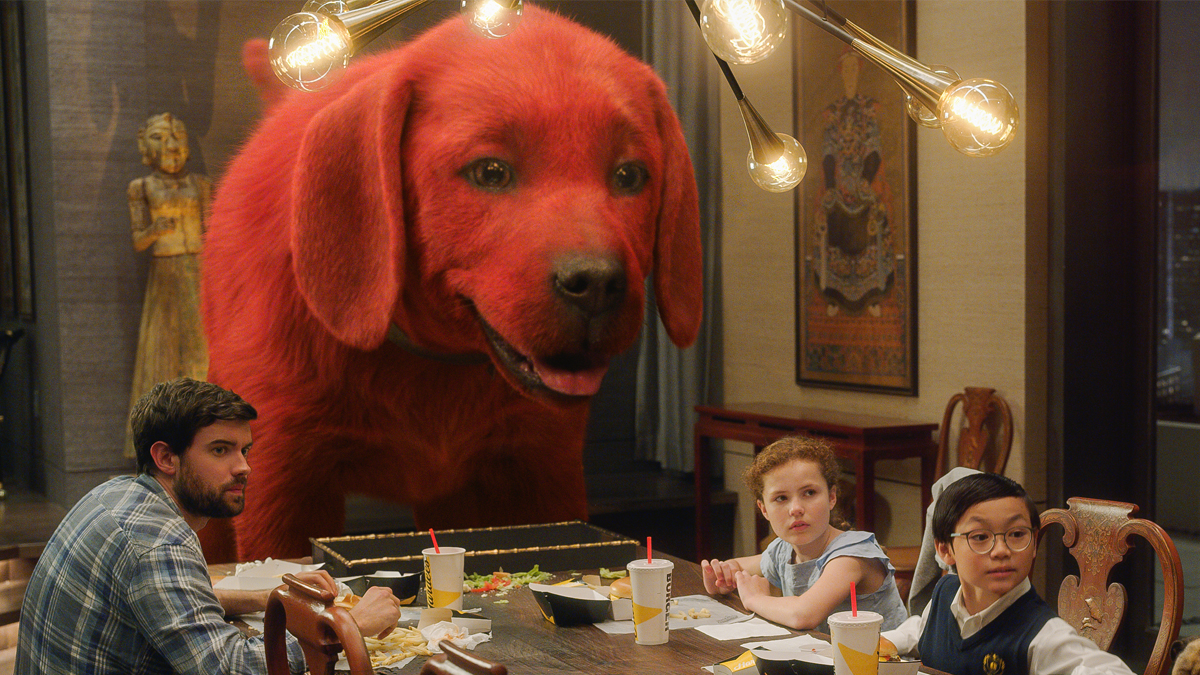 The Plot: While her mother Maggie (Sienna Guillory) is away on work business, 12-year-old Emily (Darby Camp) is left in the less-than-capable hands of her slacker uncle Casey (Jack Whitehall). They encounter an unusual red puppy at an animal shelter run by the mysterious Bridwell (John Cleese), but Casey won’t let her buy it. Somehow though, the little fella ends up in Emily’s backpack where her love for the red puppy, whom she names Clifford, grows. The next morning, so too does Clifford. Now he’s 10-foot tall and just as full of energy, making him impossible to hide. This catches the attention of food-growing scientist Tieran (Tony Hale), who knows an opportunistic moment when he sees one…

The Verdict: Filmgoers of a certain generation might recall a shaggy-haired Disney movie called Digby: The Biggest Dog In The World. There’s a similar spirit of cuteness and adventure at work in a live-action film adaptation of Clifford The Big Red Dog. It’s based on the series of books by Norman Bridwell, which started in 1963 and have now transferred to a suitably large cinema screen to contain its oversized puppy as he frolics about Manhattan and becomes a social-media sensation. Unfazed New Yorkers have seen everything, so a 10-foot computer-generated dog is nothing new to them of course. The potential for chaos is there though, but in a good-natured way that moves past the somewhat alarming scenario where Clifford could gobble New Yorkers like snacks and towards something as harmless as a dog’s soft toy.

The script by Jay Scherick, David Ronn and Blaise Hemingway subverts the usual boy and his loyal dog scenario to become a girl and her dog love story. Her love for Clifford causes him to grow and the film then becomes a comedy of errors as Emily and Casey try to figure out what to do with Clifford and how to keep him safe. The story is at its strongest when Darby Camp is onscreen, convincingly acting against a big co-star who only exists in pixels. She anchors the film well, easily out-acting everyone else in the film including Jack Whitehall in another of his mostly useless but ultimately decent character types tagging along for the ride. Without her, the film might not be as pleasant and cheerful as it is. Clifford himself is a fully-realised and excitable puppy that integrates well with the live action footage, though the illusion element never quite wears off. There’s a slight sprinkle of magic running through the film courtesy of an amiable John Cleese so that’s enough to suspend some disbelief and go with the flow.

In typical children’s films fashion though, director Walt Becker then feels the need to ‘insert bad guy character here’ which could potentially ruin everything for Emily and Clifford. Not evil property developers intent on knocking down an orphanage for a change, but sly corporate scientist Tieran who wants to use Clifford for his research on growing food in larger sizes. His experiments haven’t worked out so far (a two-headed goat, for example), but he’s a relatively mild threat who just turns up to sneer and be boo-hissable. Tony Hale plays very much into the pantomime performance then, becoming the film’s weakest link in the process. However, despite these sillier plot elements the bond between Emily and Clifford is strong enough to hold the film together. Clifford The Big Red Dog has the overall air of a 1990s family film, straightforward in its presentation and not asking too much of its audience other than to accept it with an open heart. With those big puppy dog eyes, it’s a film that is all about heart and sometimes that’s enough for a film like this to work for an audience. Unsurprisingly, a sequel has already been greenlit. Woof! 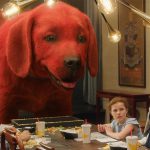