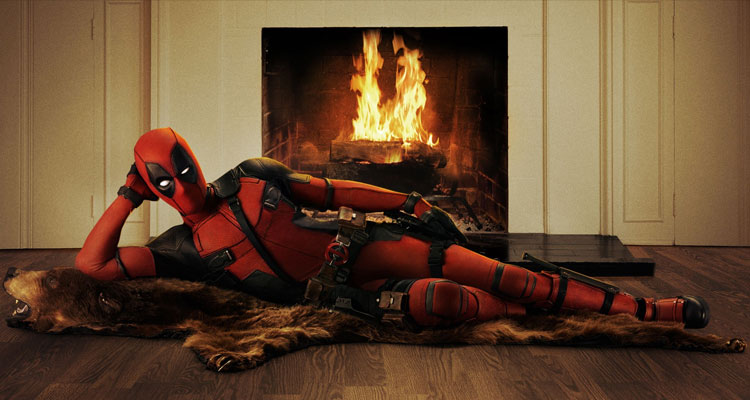 We all know and love the relative goody-two-shoes like Batman, Superman, Spiderman and the rest, but sometimes, the good guys aren’t so good. Sometimes, those good guys do bad things in order to get results. Currently breaking records at the box office is the violent, foul-mouthed Deadpool, but he’s far from cinema’s first anti-hero. Here’s some other NSFW superheroes movies to get moody with.

Wesley Snipes kung-fu’d his way through three of these movies as the half-vampire/half-human, and the first two were totally kick-ass. He basically went around decapitating anyone he thought might be a blood-sucker (or anyone he thought might support them), without a second thought given to fair trials or evidence or any of that boring stuff.

Three teenagers (two of whom are now well-known actors Michael B Jordan and Dane DeHaan) discover a weird object that imbues them with superpowers. After initially having some fun with it, one of them decides to use these new powers for evil, which has some truly nasty effects for anyone who happens to live in his neighbourhood…

Brandon Lee plays a rock musician who is brought back from the dead to avenge the death of his girlfriend, this was about as dark as dark superheroes could possible get. They’ve tried several times to reboot this series, with Corin Hardy (The Hallow) currently in the director’s seat.

Before he directed Spiderman, and after he was turned down for Batman and The Shadow, Sam Raimi created this original anti-hero, with Liam Neeson getting revenge on the mob-bosses who blew up his science lab, destroying his face in the process. There are two sequels, both of which need to be ignored like the plague.

The big-red guy was originally a weapon for evil, but thankfully he fell into the hands of the good guys, shaved his horns down and fought off the Nazis. Ron Perlman was spot-on as the demon with a heart of gold, and Guillermo Del Toro (who also directed Blade II) was a perfect pick for director.

Between Hit-Girl, Big Daddy and of course the title hero himself, this was the superhero movie that showed what it was really like to be part of a superhero movie. Plenty of broken bones, plenty of blood spilled, and plenty of naughty words spouted from the mouth of a young teenage girl.

Three movies in, and nobody has QUITE managed to get this right, but while neither Dolph Lundgren, Thomas Jane or Ray Stevenson could land the pure vindictive nature of the character, they were all still hugely entertaining to watch. Plus he’ll be back soon enough (played by Jon Berenthal) is Daredevil Season 2.

Let’s not beat around the bush. This 1997 film was terrible. However, the idea was solid. A solider/assassin is killed, sent to hell, then sent back up to Earth to lead the Devil’s armies over humanity. There is definitely a great film to be made out of this very interesting character, but this wasn’t it.

When Bruce Willis discovers that he has superpowers, he decides ultimately to use them for good. However, it’s Mr. Glass (Samuel L Jackson) who was trying to do good by sourcing those with superpowers, but ends up killing hundreds of people to find them. Far more intelligent and unique-minded than it was given credit for.

Again, we’ve got super-powered people doing bad things for good reasons, with Doctor Manhattan, Ozymandias and Rorschach all trying to find out who killed their ex-partner in fighting crime, The Comedian, who himself was regularly closer to being a villain than being the hero.