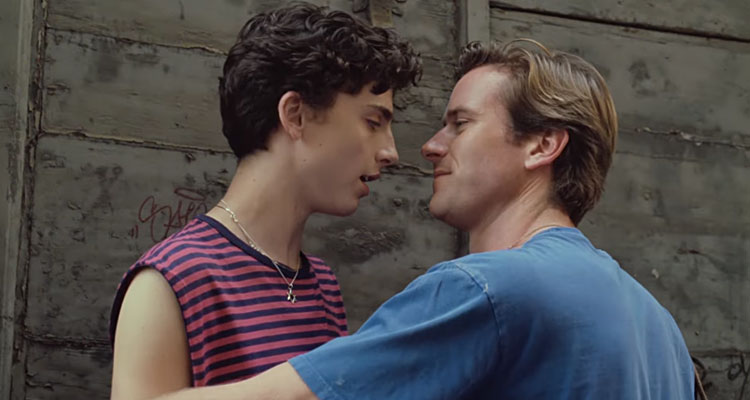 Chalamet & Armie Hammer Returning for CALL ME BY YOUR NAME Sequel

Director Luca Guadagnino has confirmed, in an interview with Italian newspaper La Repubblica, that Timothée Chalamet, Armie Hammer and more from the cast of ‘Call Me by Your Name’ are set to return for a sequel.

Based on the 2007 novel of the same name by André Aciman, ‘Call Me By Your Name’ starred Chalamet as Elio Perlman, a 17-year-old student living with his parents in rural Italy who falls for Oliver (played by Hammer), a graduate student who has been hired to assist Elio’s father’s (Michael Stuhlbarg).

“Of course, it was a great pleasure to work with Timothée Chalamet, Armie Hammer, Michael Stuhlbarg, Esther Garrel and the other actors. Everyone will be in the new movie,” Guadagnino told the newspaper.

It is unclear if the follow up will borrow from Aciman’s sequel novel, ‘Find Me,’ which revisits his characters a decade after their first meeting. Published last year, ‘Find Me’ kicks off with Elio’s father, Samuel, on a trip from Florence to Rome to visit Elio, who has become a gifted classical pianist. A chance encounter on the train with a beautiful young woman upends Samuel’s plans and changes his life forever. Elio soon moves to Paris, where he, too, has a consequential affair, while Oliver, now a New England college professor with a family, suddenly finds himself contemplating a return trip across the Atlantic.