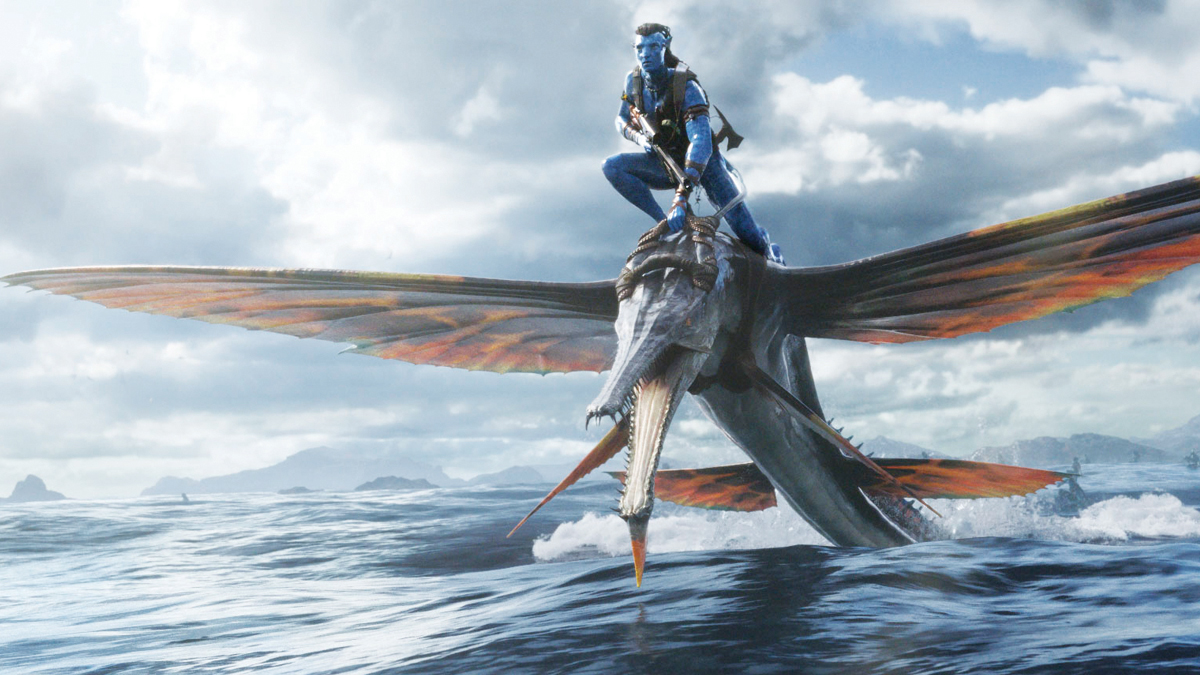 AVATAR: THE WAY OF WATER

Movie Review
4
Prepare to be wowed

The Plot: Over a decade has passed since the sky people left Pandora in defeat. Now a native Na’vi, Jake (Sam Worthington) has a family with Neytiri (Zoe Saldana) including Kiri (Sigourney Weaver) and wild human Spider (Jack Champion). They live with a few remaining humans sympathetic to their way of life. Humans have come back though with their machines, desperate to plunder Pandora for its resources and subjugate the natives while their own planet is dying. There’s something else too – Quaritch (Stephen Lang) has been resurrected in an avatar and is gunning for revenge against Jake and his family. Jake must now turn to another tribe for help…

The Verdict: Write off James Cameron at your peril. You don’t make two of the highest-grossing films of all time without doing a lot of things right to capture an audience’s attention and keep them coming back for more. That’s exactly where Cameron left audiences in 2009 when Avatar started quietly at first before exploding around the world over Christmas, into the New Year and beyond. It even made a welcome return to cinemas back in September in remastered 4K. And here he is again with the long-awaited sequel Avatar: The Way Of Water. By any accounts, this expensive sequel is one of the biggest gambles in movie history. The time gap is significant, the box office has just recovered from the pandemic and even Cameron has admitted that it will have to break the billion-dollar box office club twice over to break even. No pressure then, but as his filmography has shown he is a director who thrives under pressure and delivers on his word to his audience.

It’s not just a return to Pandora, but a return to feature filmmaking from Cameron and therefore a reminder of what we’ve missed in the intervening years. In those years, he has perfected the technology and made it even more lifelike and immersive. If Avatar went a few feet under the surface, then The Way Of Water goes deeper still. Full immersion in fact, particularly if you go with IMAX 3D in the higher frame rate once used by Peter Jackson on The Hobbit films. It gives a slicker, more tangible quality to the imagery and blows any cheap 3D conversion out of the water. Think 3D was dead once more? Think again. The technology has improved in leaps and bounds to the point where the performance capture of the Na’vi is almost photo-real and you can sense the physical performance of the actors behind the movie magic. It’s not just a bunch of pixels. Even the lip-sync is more pronounced, leading the audience to just accept what is overloading their eyeballs. There is some staggering imagery here, plunging beneath the waves for an ethereal, otherworldly experience that only a huge cinema screen can capture.

Of course, if you weren’t convinced by Avatar the first time around and simply dismissed it as Dancing With Smurfs then it’s somewhat unlikely that The Way Of Water will change your mind. It is what is, so take it or leave it. Cameron is preaching to the already converted here and that’s just fine with him and presumably the audience too. He’s not a director who minces his words but appears to have mellowed a little in working once again with Kate Winslet (who famously vowed not to work with him again). Here, he plunges the audience once more into intensive tribal warfare as the Na’vi forge an alliance with a water-based tribe and take on Quaritch and his aggressive, avatar-based team. It takes some guts for Cameron and his co-writers Rick Jaffa and Amanda Silver to do the reverse of Independence Day and paint the humans as the greedy scavengers and the tall blue aliens as the spiritual beings who just want to live in peace in their richly-endowed environment. However, there are some sympathetic humans here and this is where the key role of Spider (a terrific Jack Champion) comes in, bridging the two worlds although his loyalties come under scrutiny.

Admittedly, the story isn’t the strongest part of the film. Cameron’s films often rely on a love story to prop up the huge mechanics working around it, but it’s also a way of rooting the story in a very human way. If the first film was a love story between two very different species, then The Way Of Water is about the unbreakable bonds of family and Cameron builds upon that and his characters through their environment. We are still back to the roots of inter-species conflict once more though. Not that the commanding presence of Quaritch (an excellent Stephen Lang) is unwelcome, but one would have liked the story to move forward in a fresher direction. There’s plenty of time for the story to progress though. A third film is on the way regardless of this film’s box office with a possible closed ending. Or there could be two more after that, with the fourth film being described as a beast. A 20th Century Studios executive had just one note to Cameron on that one – an enthusiastic expletive.

Avatar: The Way Of Water is what the cinematic experience is all about – and it is an experience to behold. Who better than James Cameron, the Canadian director at the very cutting edge of filmmaking technology, to remind us once again why we gather together in the dark to watch, listen and experience a film unlike anything else. Welcome back Jim. Welcome back to Pandora audience… and prepare to be wowed once again. 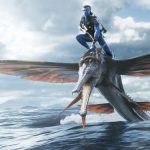 In short: Prepare to be wowed

4
Prepare to be wowed