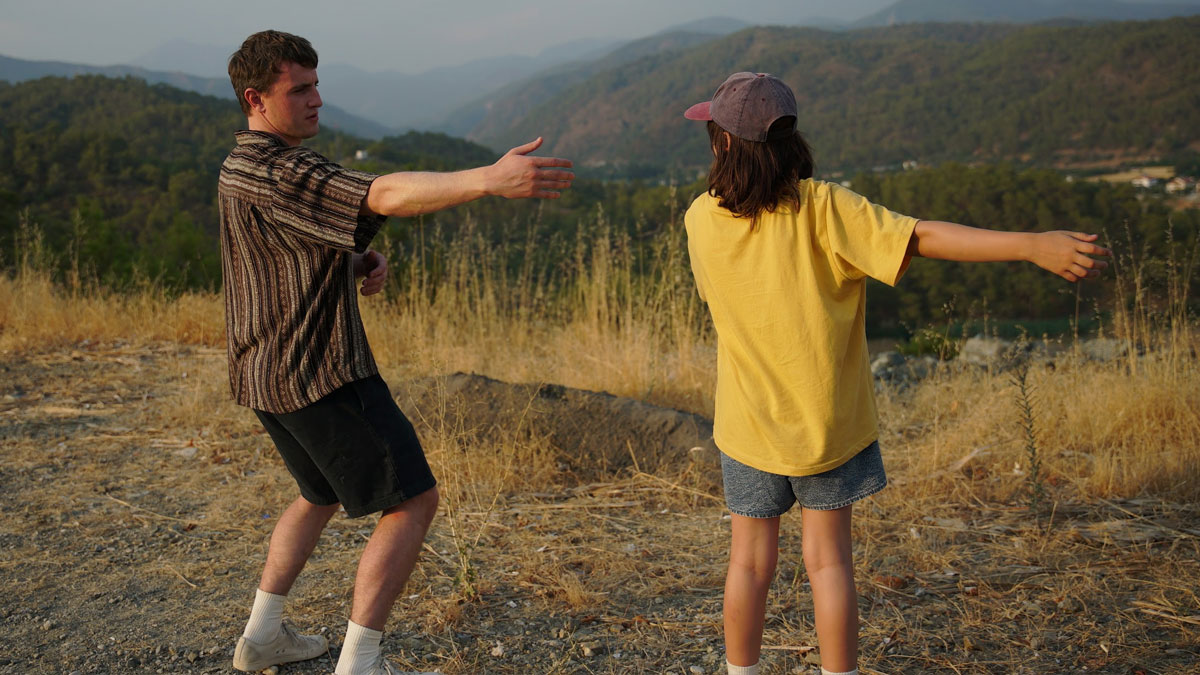 The Plot: Sophie (Celia Rowlson-Hall) flicks through old home videos of herself as an 11-year-old (Frankie Corio), enjoying a summer holiday with her father Calum (Paul Mescal). Now at the age her father was back then, she remembers the good times she shared with him as an innocent child. With Frankie’s mother no longer together with Calum, it’s just the two of them on this holiday bonding over swimming and dinners together. Memory is not what it seems… 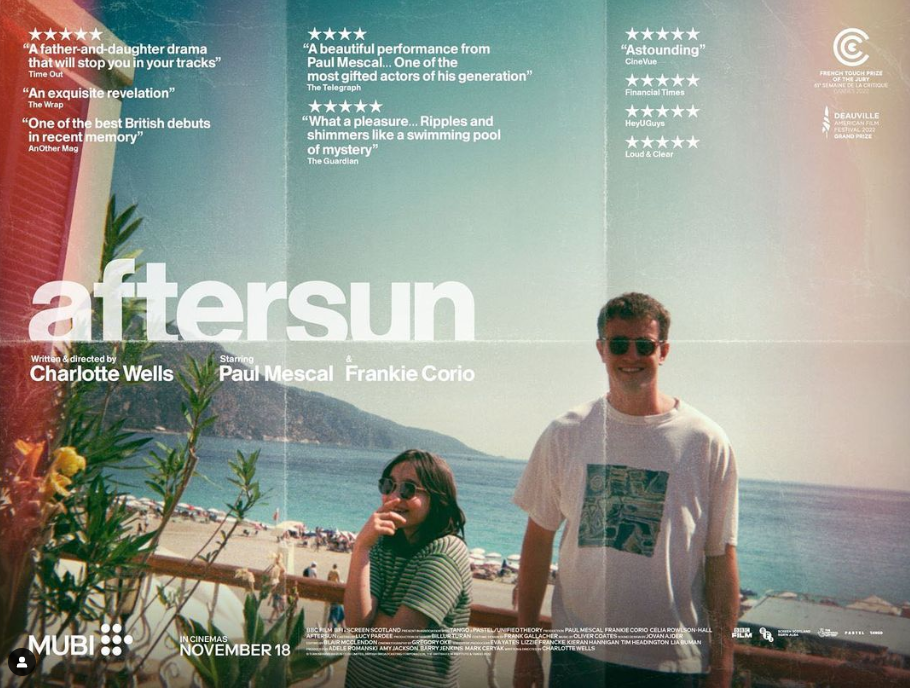 The Verdict: Scottish writer-director Charlotte Wells makes an auspicious and perceptive debut with her film Aftersun, a recent darling of the Cannes Film Festival where Wells scored a prize. It’s also just picked up a slew of nominations at the British Independent Film Awards and it’s not too hard to see why. It’s a distinctive take on parent-child relationships and vice versa, told through the eyes of a curious pre-teen girl observing her father on a summer holiday that she doesn’t want to end. But with school beckoning just days away, Sophie treasures the time they spend together. She hangs out with the older kids and becomes an ace at playing pool, wanting to grow up a little bit faster and impress them. Her father talks to her about the things she will have to deal with in the future, like boys and the weight of responsibility. Not too much though. Let children be children.

Wells’ script and consequently her direction is fairly loose in structure and admittedly there’s not much in the way of plot or incident here. The biggest dramatic moment is young Sophie getting a mild surprise after losing her way back to her hotel room. Aftersun is more of an impressionistic drama about memory and how it can blend in and out with factual documents of the time like the video camera that comes into play. Like Bill Pullman’s character in Lost Highway, the adult Sophie remembers things her own way – not necessarily the way they happened. That’s part of the film’s strength but also part of its weakness as a first feature. The strength in Wells’ script comes from the way it depicts an unbreakable bond of parental love between a relatively young father and his daughter. There’s humour, warmth and genuine affection between them and this shines through in the fine performances from Paul Mescal and sparky newcomer Frankie Corio. Their chemistry together is immediate and lived-in, recognisable but also located as coming straight from the heart of the director (it would appear to be autobiographical).

And yet for its many merits in front of and behind the camera, Aftersun never quite fully satisfies. It’s an intimate drama that is quite delicate to the point where it might fall apart if one element was gently removed. It’s very much held together by the performances and Gregory Oke’s camerawork which gets in close to the actors. While audiences don’t need to be spoon-fed to read into what the film is trying to say about parenthood and childhood, there is a distinctive lack of detail in how the past / young Sophie links in with the present / older Sophie – and what it means to both the filmmaker and the audience engaged with it. The adult Sophie storyline is underdeveloped, needing something closer to an actual resolution or a coda to send the audience out of the cinema reaching for their phones to give their parents or children a call. Given its suggestive delivery, it’s clear that Aftersun will mean different things to different people. There may well be another star in the film’s rating depending on one’s frame of view and what one takes from it. It’s worth seeking out and marks Wells out as a name to watch. She’s achieved mid-level flight here. Maybe in the next film she’ll soar for the sun.