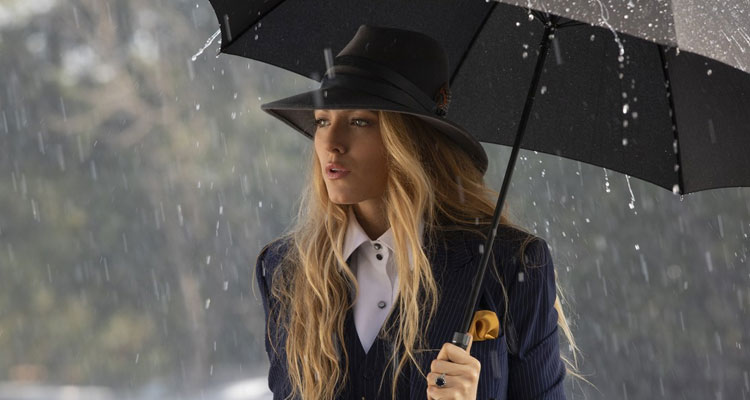 In short: Far from simple

The Plot: Stephanie (Anna Kendrick) is a stay-at-home mom who is living off her late husband’s earnings. She runs a video log from her kitchen and now has something new to talk about – meeting Emily (Blake Lively). She’s glamourous, adventurous and doesn’t give a damn what people think of her – the complete opposite of the more homely Stephanie. The two meet when picking up their sons from school and form a cautious friendship. Cautious in the sense that Stephanie finds it hard to figure Emily out. This is what drew Emily’s husband Sean (Henry Golding) to her. When Emily vanishes, Stephanie turns Nancy Drew to figure out what happened…

The Verdict: Writer/director Paul Feig bounces back from the (arguably) unfair and hostile reception for his okay female-driven remake of Ghostbusters with A Simple Favour. It’s adapted by Jessica Sharzer from the book by Darcey Bell and is a twisty Gone Girl-type thriller with a surprising comedic tone. That tone is set early on in the sharp contrast between the chirpy, straightforward Stephanie and the darkly complex Emily. They couldn’t be more different, which is why they get on so well. When Emily disappears, Stephanie is drawn deeper into the mystery surrounding this enigmatic lady, her job in a fashion firm, her designer house and her dishy husband.

From the get-go, it’s clear that Feig is as interested in Emily as both Stephanie and the audience. She’s a classic Alfred Hitchcock blonde – there’s more to her than she lets slip, she has buried secrets in her past, the camera is obsessed with her and she’s icy cool at times. Hitchcock would no doubt approve, right down to Lively’s smooth, multi-layered performance. There’s a Hitchcockian tone to the film in its own right, with Feig aligning the Master of Suspense’s macabre sense of humour with his own. Though, Feig’s humour is a shade lighter in tone. He dares the audience to laugh at inappropriate moments, so it becomes this strange mix of devilish plotting and button-pushing humour.

It’s a film that is very much like its mystery character – borderline schizophrenic. It’s as if Feig mainlined Emily into his direction, so that the film takes on that same personality. Shock reveals and moments are immediately followed by a hearty dose of humour, so it’s a tonal see-saw which is hard to pin down. Those awkward tonal shifts can be frustrating at times. Feig is dealing with some pretty dark material here that relies heavily on the audience just going with the flow and accepting its offbeat style.

A Simple Favour really shouldn’t work as a film (a Saturday Night Live sketch maybe?), but it manages to be entertaining and engaging throughout. Feig’s direction is careful enough to maintain its momentum and hold back more surprises even after the big reveal. He’s a terrific director of women too, capturing their allure and the strong bonds of female friendship in ways that many male directors struggle with. A Simple Favour is anything but simple, which makes it worth watching.