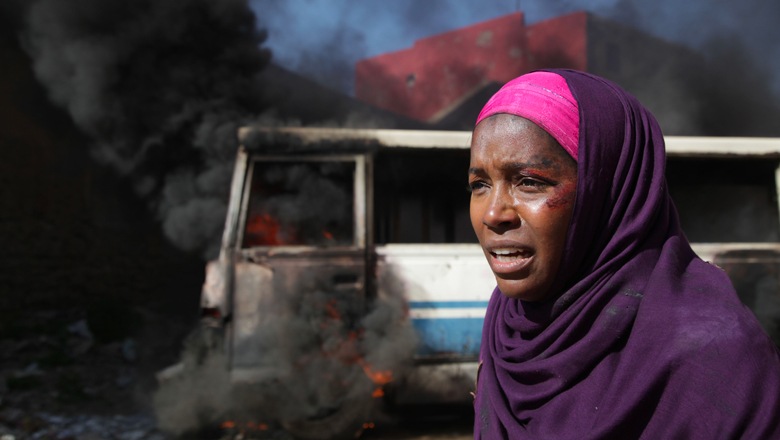 In advance of its rescheduled release in Ireland and the UK on December 4th, Ifrah Foundation in collaboration with Wallace Global Fund will host a series of virtual premiere screening and high level panel events across the globe during the United Nations 16 days of activism against gender based violence commencing on the United Nations International Day for the prevention of Gender Based Violence, November 25th in the UK and Ireland and culminating in East Africa on International Human Rights Day, December 10th.

The President of Ireland said: “A Girl from Mogadishu is … a powerful story of courage, hope and remarkable determination.”

Winner of the Cinema for Peace Women’s Empowerment Award at the 2020 Berlin Film Festival, this powerful and inspiring film is based on the true story of global gender based violence activist, Ifrah Ahmed.

Fleeing war-torn Somalia in 2006 for the United States, Ifrah is trafficked to Dublin, Ireland where she applies for asylum. A traumatic medical examination reveals the extent of her mutilation as a child. Traumatised by the memory, she channels the experience into a force for change and emerges as a formidable campaigner against Female Genital Mutilation at the highest political echelons in Ireland, Europe and globally.

Starring Aja Naomi King (How to Get Away with Murder) as Ifrah Ahmed and Barkhad Abdi (Captain Phillips) along with Orla Brady (Picard, Rose Plays Julie) and Somali icon, Maryam Mursal the film boasts an original score by Nitin Sawhney and its title track also features Quiet by Milck, the unofficial anthem of the 2017 USA Women’s March. Based on the recorded testimony of activist Ifrah Ahmed, it is written and directed by Mary McGuckian.

Also recipient of the Mill Valley 42nd edition World Cinema Award in the US, A Girl from Mogadishu has picked up a host of audience and jury awards during its international film festival run and will be released physically and virtually in Ireland and the UK by Eclipse Pictures and Bohemia Media from December 4th.

The 7 Global Virtual Screening/Panel Events during the 16 days of activism can be accessed HERE.

Global Screening Dates during the 16 days of activism are as follows: