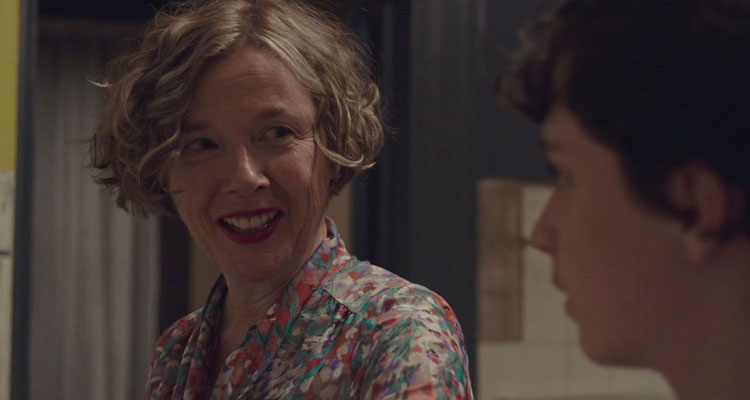 In late 1970s California, Dorothea (Annette Bening) and her son Jamie (Lucas Jade Zumann) live together in a large house, along with lodgers Abbie (Greta Gerwig) and William (Billy Crudup). The film navigates the relationships that Jamie forms between his mother, his housemate and Julie (Elle Fanning) the girl he has a crush on and who climbs in his window to sleep beside him every night.