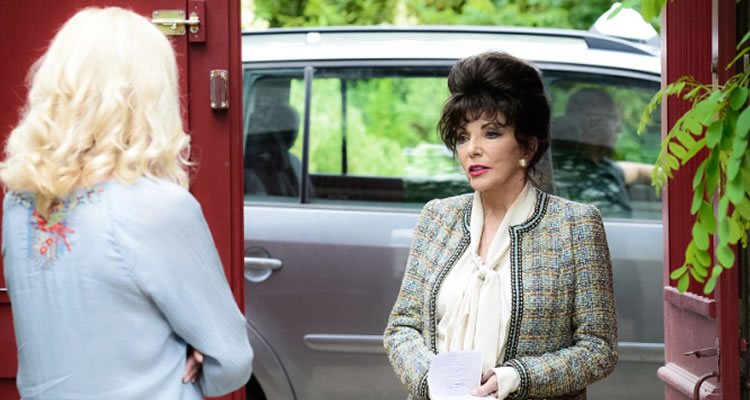 Women behaving badly in the movies… from ‘Absolutely Fabulous: The Movie’ to ‘Kill Bill Vol 1 & 2’

This week, Joan Collins and Pauline Collins (no relation!) hit the road in the new comedy ‘The Time of Their Lives’. Joan Collins plays Helen, a former Hollywood starlet who befriends Priscilla (Pauline Collins) by chance. When Helen learns that her ex-lover has died, she enlists her new friend to travel to France with her for the funeral where, of course, hijinks ensue.
Men are often allowed to be badly behaved or seek out adventure on the big screen, whereas women are often made to stay at home for the sake of the story. Thankfully this is beginning to change now, so Movies.ie took a look back at other films featuring women behaving in less than ladylike ways.

ABSOLUTELY FABULOUS: THE MOVIE
Released only last year, ‘Absolutely Fabulous: The Movie’ follows Eddy (Jennifer Saunders) who, when she has her book deal revoked and her ex-husband stops paying for her lavish home, decides that she and lifelong friend/drinking buddy Patsy (Joanna Lumley) need to represent Kate Moss in order to bounce back. Unfortunately, in her haste to talk to Moss, Eddy knocks her into the Thames and, with the world media believing Eddy killed Moss, the two friends escape to the south of France to hide out and continue to live fabulously, dahling.

Eddy and Patsy always behaved particularly badly, and this is where the comedy for the TV series came from. Thankfully these two outrageous ladies don’t seem to have learned anything from their life experiences, and still behave hilariously, and terribly, to get what they want.

BRIDESMAIDS
When Annie (Kristen Wiig) is asked to be Maid of Honour at Lillian’s wedding, she really does not know what she is letting herself in for; dress fittings, dodgy food, bachelorette parties and the possible end of her relationship with her oldest friend.

By now, ‘Bridesmaids’ has become almost a poster film for girls behaving badly and not only loving it, but getting away with it too. The film could easily have been written for men then gender swapped, and the idea of well behaved ladies getting ready for a wedding simply does not apply here… And we are very thankful it doesn’t.

THELMA AND LOUISE
Thelma (Geena Davis) and Louise (Susan Sarandon), set out for a two-day vacation to take a break from their mundane lives, in Louise’s 1966 Ford Thunderbird convertible. Thelma is married to a controlling man and Louise’s life never quite went in the direction she hoped. On their first night on the road Louise shoots a man who she found trying to sexually assault her friend, and suddenly the women’s trip for adventure turns into the pair on the run from the law.

‘Thelma and Louise’ has become a classic film about empowered women, and critics and fans alike enjoy the notion that the film is almost gender swapped; with Thelma and Louise taking on the road movie roles that were traditionally occupied by men.

SISTERS
Kate (Tina Fey) and Maura (Amy Poehler) are adult sisters who have been very different for most of their lives; Kate is free wheeling and wild, while Maura is tightly wound and controlling. When the sisters learn that their parents are selling their childhood home, the two team up to have one last blowout in the place that holds so many memories for them.

Fey and Poehler made their names separately working on ’30 Rock’ and ‘Parks and Recreation’, but it was only a matter of time before the two brilliant comediennes were paired together in an outrageous comedy. Throughout the film the two women trash their childhood home and critics have praised the chemistry between the two women, the fact that they do not shy away from vulgarity and their natural abilities for comedy.

KILL BILL VOL. 1 & 2
When The Bride (Uma Thurman) wakes up from a coma, she sets out to take revenge against the Deadly Viper Assassination Squad; the ones who attacked her on her wedding day. At the time she was shot, The Bride was pregnant, and even though she told the leader of the Deadly Vipers – Bill (David Carradine) – that the baby was his, he showed her no mercy. When she awakens, The Bride’s turn to show no mercy, as she hunts down the people who shot her and – presumably – killed her unborn child.

‘Kill Bill Vol. 1 & 2’ are not only great films in terms of action and the over the top homage’s that director Quentin Tarantino pays to the films that inspired him, but they are also the perfect opportunity for the filmmaker to allow a woman to go on “A roaring rampage of revenge” – as the tagline tells us – in a way that is often reserved for a male character. No-one is safe from The Bride’s fury, but there is a heart to the character that allows audiences to root for her.

‘The Time of Their Lives’ is released in Irish cinemas on March 10th 2017. Watch the trailer below…