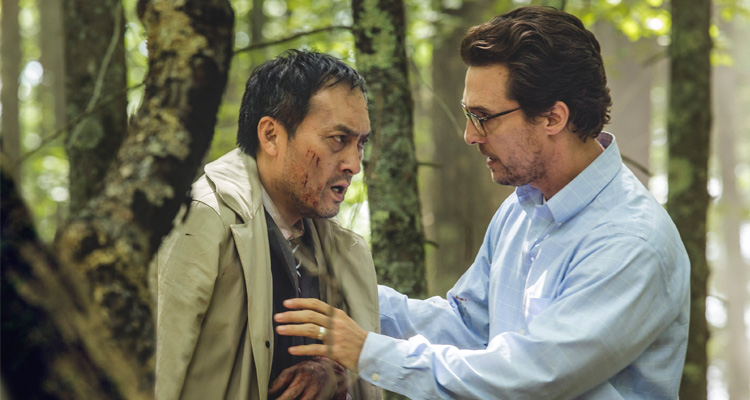 Arthur Brennan (McConaughey) treks into Aokigahara, known as the Sea of Trees, a mysterious dense forest at the base of Japan’s Mount Fuji where people go to contemplate life and death. Having found the perfect place to die, Arthur encounters Takumi Nakamura (Watanabe), a Japanese man who has also lost his way. The two men begin a journey of reflection and survival, which affirms Arthur’s will to live and reconnects him to his love with his wife (Watts).