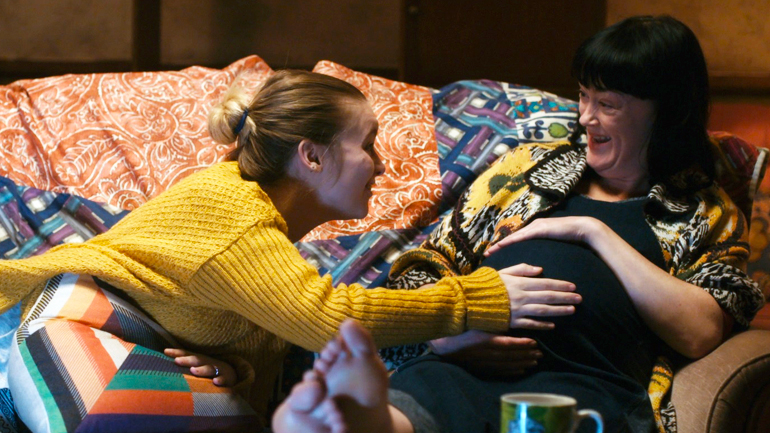 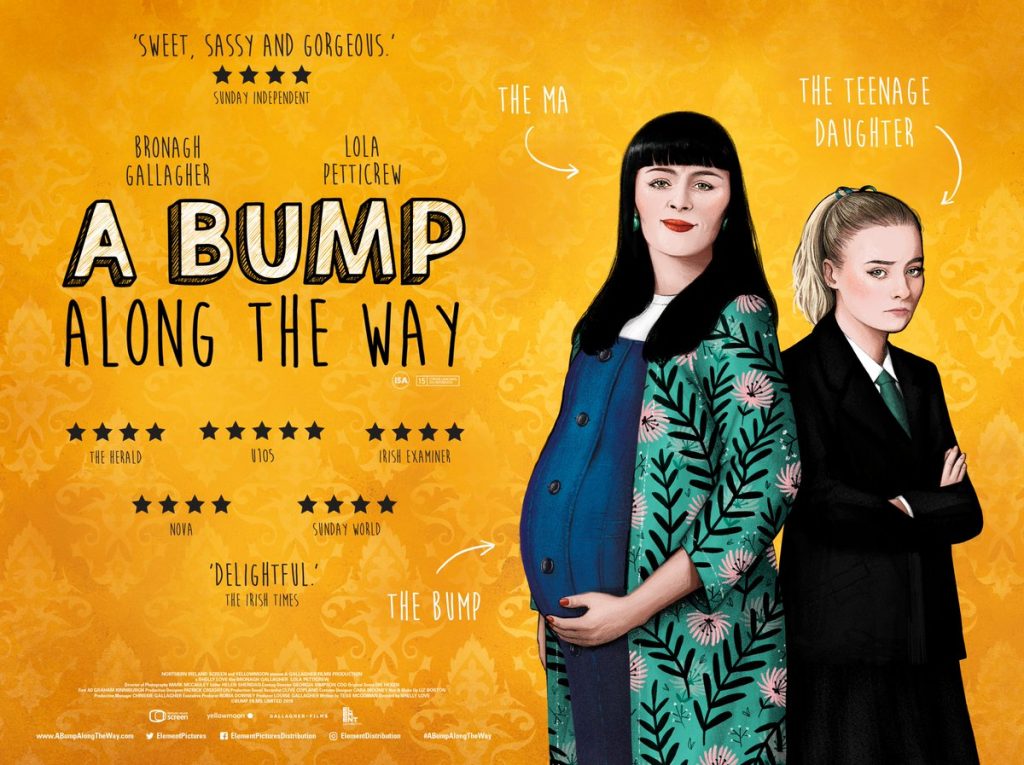 Coming to cinemas on October 11th, Shelly Love’s debut feature comedy was filmed entirely in Derry and tells the story of fun-loving, 44-year-old single mum Pamela (Bronagh Gallagher) who becomes pregnant following a boozy one night-stand, much to the shame of her buttoned-up teenage daughter Allegra (Lola Petticrew).

As Pamela deals with the prospect of becoming a mum for the second time and the growing pains of the disgruntled Allegra, the challenges they face along the way bring mother and daughter to a better understanding of themselves and each other.

A BUMP ALONG THE WAY premiered in Belfast Film Festival and went on to win Best First Feature at the Galway Film Fleadh, with Pettigrew also taking home the New Talent Award. The film will have its international premiere in Toronto International Film Festival’s Discovery Section.

A BUMP ALONG THE WAY is released in Irish cinemas on October 11.