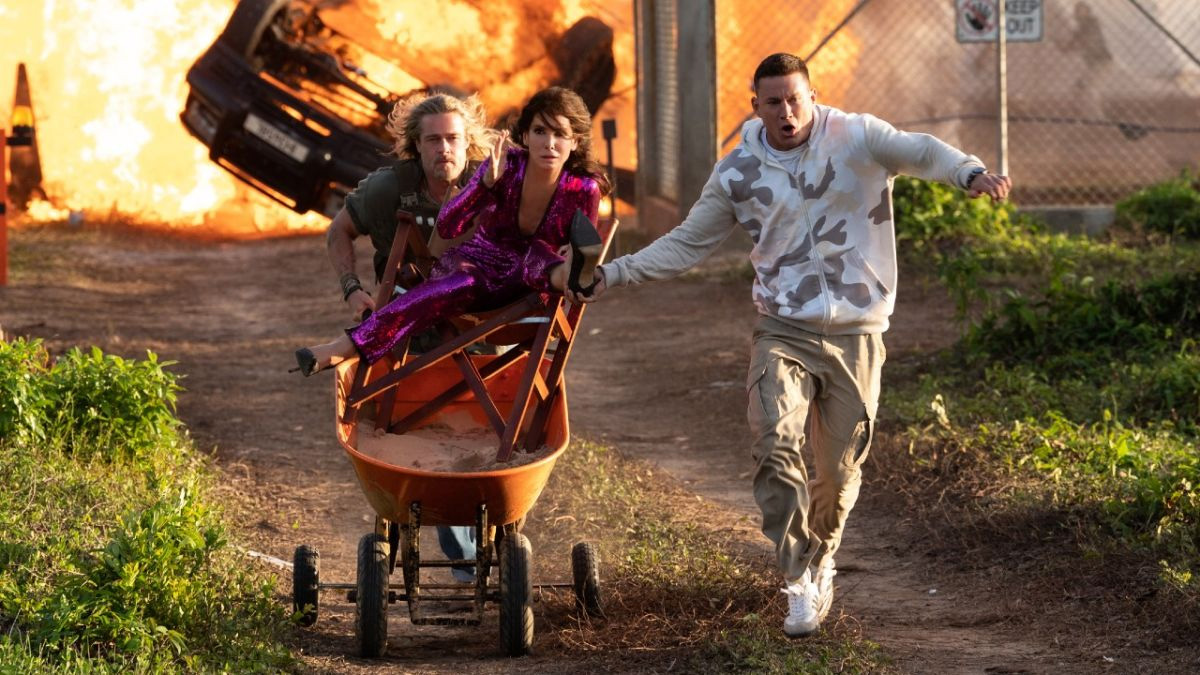 The Plot: Romance novelist Loretta (Sandra Bullock) has a devoted following, writing stories of adventure featuring her dashing character Dash. She’s often upstaged by her book cover model Alan (Channing Tatum). He’s not the brightest bulb in the pack, but he firmly believes that he’s the fictional character come to life and is intent on proving it. When Loretta is approached by billionaire Abigail (Daniel Radcliffe) to seek out a lost treasure she declines and is abducted, ending up on a remote tropical island in the Atlantic. Alan teams up with professional extractor Jack (Brad Pitt) to bring her home, but things don’t go according to plan…

The Verdict: Someone involved with the making of The Lost City is clearly a fan of Romancing The Stone and thought it might be re-jigged for the 21st Century with the emphasis more on comedy than on adventure and romance. Although not a remake, there’s a loose influence there and the film is almost name-dropped at one point. That should ostensibly give audiences an idea of what to expect from this knockabout film about a novelist dragged away from her computer and caught up in her own real-life jungle adventure with an unlikely hero. Her attention-seeking cover model must adapt and graduate from posing for shots to becoming the relentless hero who dodges shots of a different kind. Add to that some serious star power and attractive location work in the Dominican Republic and you have the makings of a spring crowd-pleaser, a pleasant warm-up for the impending summer blockbuster season. If only that was actually the case.

For the first act of The Lost City, it’s quite charming and sparkling as it bubbles away setting up its central trio of Loretta, Alan and Jack. As the two men set out to rescue Loretta from the clutches of a showboating billionaire, there’s an amusing rivalry more on Alan’s side as he sizes up to the real thing and tries to be the hunky heroic type. Channing Tatum can do that in his sleep of course, but he leans more into the comedy side of it and shows Alan’s limitations but earnest spirit. He’s playing sort-of dumb but in a smart way that keeps the character on side. Bullock also shines here in her weary desperation at Alan not quite being the hero she’s written on the page. Imagination can only go so far in reality. After that sprightly first act though, writers Oren Uziel, Dana Fox and co-directing brothers Aaron and Adam Nee don’t quite know what to do with the rest of the story and leave a vacuum in its place. The result is that the film coasts by solely on the charms of its stars before ultimately crashing and burning.

Having set up a potentially dynamite character dynamic, the Nee brothers then squander that opportunity to let it play out and see where it goes. As Loretta and Alan bond in the jungle and discover their common purpose, the story relies heavily on lame, embarrassing jokes like a sticky encounter with leeches and a dull sub-plot involving Loretta’s agent who gets into her own scrape. Even the search for the lost treasure in the apparently not lost city at all becomes a macguffin that in true Hitchcockian form doesn’t pay off narratively speaking. The longer the film goes on, the less interesting and more uninspiring it becomes. A badly miscast Daniel Radcliffe attempts to go full Draco Malfoy as the villain of the piece. However, he’s not even close to getting the right tone of performance and makes his character a fey, ineffectual wet biscuit gobbled up by the scenery with not one notable or instantly quotable line. Maybe they should have hired Tom Felton.

It’s indicative of the general laziness of The Lost City having lost its way in its search for the good stuff. It tries to recover but ultimately doesn’t and then limps unconvincingly to the finish line. There was a good film in here at one stage, but this reviewer could only find a third of it. The search for the rest of it had to be called off by the end credits, which drops in a belated extra scene that suggests what might have been. 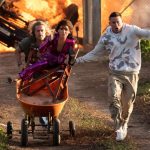 In short: Loses its way