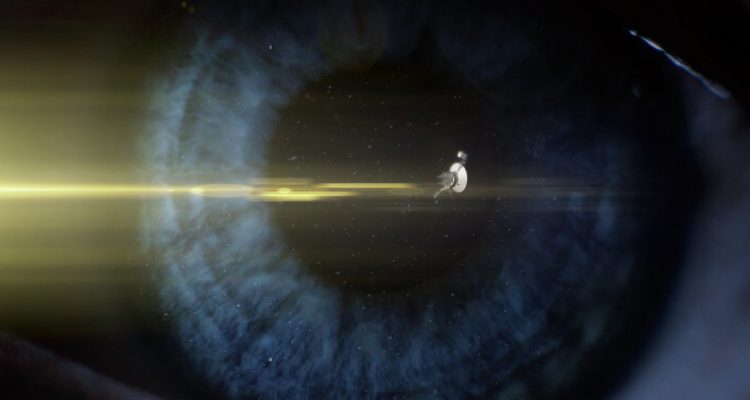 THE FARTHEST (Ireland/PG/121 mins)
Directed by Emer Reynolds. Starring John Casani, Frank Drake, Carolyn Porco, Lawrence Krauss.
THE PLOT: “There’s a limit to what you can learn, just looking through a telescope from Earth” Documentarian Emer Reynolds shines a light on the Voyager space exploration programme of the 1970s, talking to the scientists involved in the mission to find out just what was known about the solar system before the programme, and how Voyager – which will still be going long after our sun has burned out – changed our view of the solar system around us.
THE VERDICT‘The Farthest’ could well be a dry and science-heavy documentary, aimed at those who have a passion or academic interest in space exploration and study, but director Emer Reynolds has coaxed incredibly strong, emotional and fascinating interview from her subjects in the film, which make The Farthest an engaging, fascinating and engrossing piece of work.
Shot beautifully and scored with a soundtrack just as odd but tranquil as space itself, The Farthest includes interviews from those involved with the Voyager missions, including Charley Kholhase, Ed Stone, Don Gurnett, Larry Soderblom, Tom Kimigris, Carolyn Proco, Brad Smith and Fran Bagenal. All of these interviewees in the film are passionate and surprisingly emotional about the mission that ended a long time ago – Voyager is now carrying on its mission by carrying a “golden record” of music and speech from Earth throughout space, but communication is no longer possible – and they all bring up lovely anecdotes about working on the mission, such as the idea that Voyager is covered in tin foil, and the child who spoke the line “Hello from the children of planet Earth” on the golden record is Nick Sagan, the son of astronomer Carl Sagan.
Of course there is enough science throughout ‘The Farthest’ to keep everyone happy, and it is explained in layman’s terms for the non-rocket scientists in the audience, but there is a warmth and heart to the film that is quite surprising; such as the scientist who wonders where Voyager is now as he gets ready for bed, or the woman who cried as she said goodbye to the project. As well as being a fascinating scientific study, Voyager missions also became a study of human emotion and sentiment, all of which Reynolds manages to capture beautifully, without being mawkish, in her film.
In all, ‘The Farthest’ is a surprising documentary. Not only is there tons of information in the film that audiences may not have realised before, but there is a heart and soul to the film that is unexpected, but most welcome. Emer Reynolds has truly created something special here.
RATING: 5/5
Review by Brogen Hayes