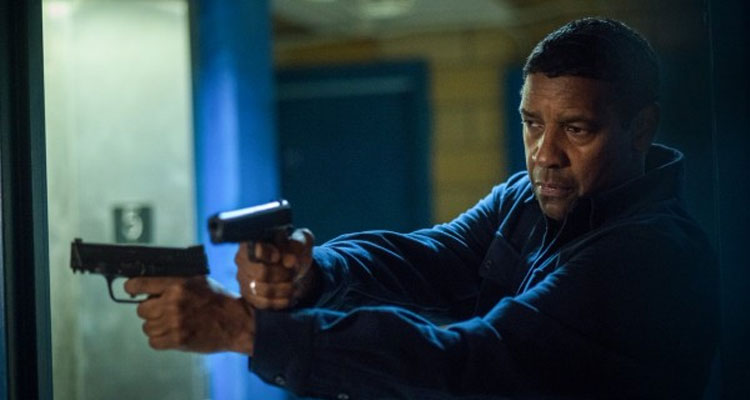 The Plot: It’s business as usual for former intelligence officer Robert McCall (Denzel Washington). When not righting societal wrongs, he keeps a low profile as a rideshare driver in Boston. He also takes talented but wayward teenager Miles (Ashton Sanders) under his wing, aware that the kid’s life is heading in the wrong direction and needs a course correction. When intelligence colleague and friend Susan (Melissa Leo) is brutally murdered on an operation in Brussels, Robert follows the trail to a deadly group of assassins and calls in another agent, Dave (Pedro Pascal), to assist in the investigation. It’s time to protect the innocent and punish the guilty…

The Verdict: He may be near pension age but Denzel Washington, one of America’s finest actors, has still got it where it counts in the action department. That’s certainly evident in this follow-up to the 2014 remake of the 1980s TV series that featured Edward Woodward. With Washington once again re-teaming with his Training Day director Antoine Fuqua, this sequel builds upon the groundwork laid in the previous film. Crucially, it allows us a deeper glimpse into the coolly calculated mind that ticks away in Robert’s head.

A humble guardian angel most of the time, a deadly killer when required, Robert takes on a sort-of father figure role this time. Instead of coming across as tacked on to give Robert more purpose as a character, screenwriter Richard Wenk pushes the father figure role to Miles as a naturalistic plot development. It’s not that Miles needs a father, but that Robert needs to act as a guiding force. The onscreen rapport between Washington and young Sanders enhances the strongest and most credible relationship in the film. It makes up for some less-than-impressive plot developments and obvious character turns (it’s not too hard to guess who the bad guy is).

In a sense, this is a standard-issue sequel, with the inevitability of being slightly unequal to its more direct predecessor. The story is engaging, but it’s not exactly earth-shattering stuff. It’s a systematic revenge thriller with some added espionage intrigue, the kind that works fine as long as you don’t look too closely and attempt to poke holes in it. It’s easy to see which way the wind is blowing here, but there’s still fun to be had watching Washington take down men half his age without breaking a sweat.

Fuqua stages some good action set pieces too, with McCall the calm at the centre of a climactic storm shoot-out (thankfully avoiding comparisons to the mediocre The Hurricane Heist). The Equalizer 2 is a good, respectable sequel that does what it needs to do – with style, of course. If Washington, Fuqua and audiences are up for one more, there’s certainly room here to complete a trilogy.