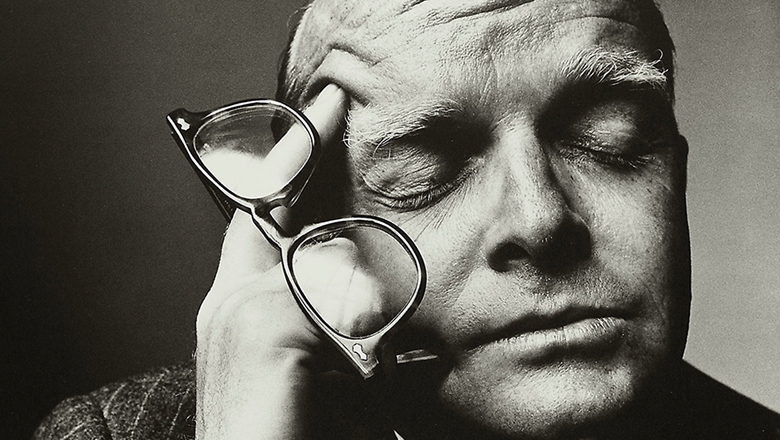 The Plot: Celebrated New York writer Truman Capote was the talk of the town. He became famous for his books Breakfast At Tiffany’s and In Cold Blood, along with their subsequent film adaptations. Mixing with New York high society wasn’t just a hobby for him. He was studying these rich and famous party animals, taking note of this celebrity gossip as material for a tell-all expose. This fictional book, Answered Prayers, was incomplete on his death in 1984 and the manuscript has yet to be discovered. But the brief glimpse that was published in magazines was enough to upset his previously loyal friends, a group of glamourous women he called his ‘swans’. This feature documentary sets out to discover why Capote turned on the society that accepted him so openly…

The Verdict: Truman Capote was quite the character. Small of stature but towering of reputation, Capote was the epitome of the New York literary scene in the 1960s and 1970s. He was also a celebrity freely mingling with the rich Manhattan socialites who accepted his openly gay status and effeminate voice without question. Like any good writer, he drew from personal experiences so some people were wary about what they told him. Most didn’t though, with one of them calling him a ‘candied tarantula’. Be careful what you wish for. Capote wished for fame and for a while it hoisted him up on a pedestal, before plummeting him down to infamy with his satirical, unfinished work Answered Prayers. One imagines that Capote wouldn’t have it any other way. Fame is a fickle thing and that’s something that comes to the fore in The Capote Tapes, available on VOD from 29th January.

Director Ebs Burnough has assembled a number of sources for his documentary, the foremost being the previously unheard tapes of the title. These tapes are composed of recorded interviews between Capote and biographer George Plimpton. They’re an entertaining insight into Capote’s creative juices, as he talks about his affection and admiration for his lady friends and their unhappy marriages. Somewhere in his mind, the arch raconteur of his time was storing these stories for a rainy day. Unfortunately for him, the rain fell mostly on him as he exposed very private things about famous people. Capote stated that ‘Answered Prayers cause more tears than unanswered ones’. The rest of the film is composed of archive footage and contemporary talking heads, including American talk show host Dick Cavett and our own Colm Tóibín who natters away with admiration for his fellow novelist.

The Capote Tapes is a lively documentary that will no doubt appeal to the literary-minded. There’s a slightly wider appeal when you consider the opinions of Capote’s adopted daughter Kate, who gives the film a more authorised impression. There’s also an intriguing insight from a critic who suggests that Answered Prayers is the early template for reality television, with Capote thinly-disguising the faces behind the dirty laundry. While that makes for entertaining backstage gossip about the lifestyles of the New York jet-set in an era of constant change, it’s also rather light on the creative process. Burnough’s film is high on colourful incidences but less so on analysing what motivated Capote to turn on his friends like that. There’s a fair amount of filler material, recounting already familiar stories like how the film version of Breakfast At Tiffany’s became Hollywoodised into something more palatable to a mainstream, Audrey Hepburn-loving audience.

Burnough could have taken a more academic approach to the material, focusing closely on Capote’s last years and any deep regrets he had. Instead, what we have is a whirlwind career overview with a third act focus on his unfinished supposed masterwork. The Capote Tapes has that same gossipy quality to it that its subject fed off, but like that lost manuscript it comes across as incomplete with gaps of knowledge. Maybe we’ll never really know what Capote had intended to unleash upon the world. Viewers will still get some enjoyment figuring it out though.

The Capote Tapes will be available at altitude.film and on all digital platforms across the UK and Ireland from 29 January 2020.