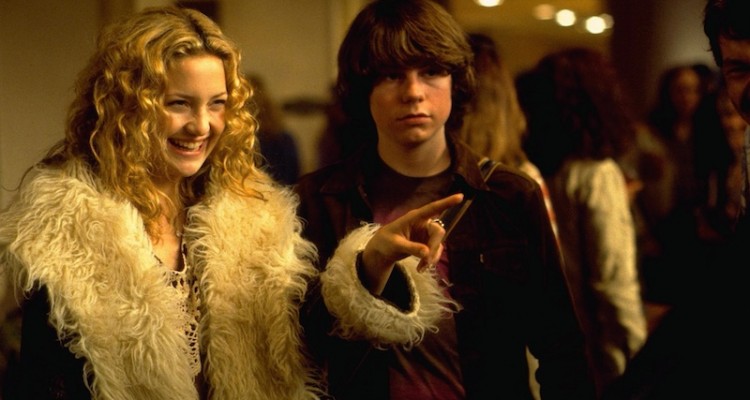 Real events on the big screen

DANNY COLLINS is currently in Irish cinemas, and stars Al Pacino as the title character; an older musician who still performs and who still writes fantastic songs. Pacino’s performance in the film is strong and warm, and he truly is the heart of the film – along with a standout performance from Bobby Cannavale.

The film’s story is inspired by that of Steve Tilston, an aspiring musician in the 1970s who have an interview, worrying about the effects of fame and fortune. Having read the interview, John Lennon sat down and penned a letter to Tilston but, since this was sent to ZigZag Magazine, Tilston didn’t even hear about the letter until 2005.

DANNY COLLINS uses Tilston’s story as a jumping off point, but the film does not follow the musician’s life, instead bringing in a fictionalised character in Pacino’s Collins.

With this in mind, Movies.ie decided to take a look back at some of the best movies inspired by incredible real events…

FRANK
Although the film is heavily fictionalised, Lenny Abrahamson’s FRANK – starring Michael Fassbender, Domhnall Gleeson, Maggie Gyllenhaal and Scoot McNairy – the film is inspired by Chris Sievey’s iconic comedy character Frank Sidebottom. Sidebottom was a huge cult star in the UK in the late 1970s and early 1980s, and writer Jon Ronson created the film based on his experiences playing in Sidebottom’s ‘Oh Blimey Big Band’.
FRANK is inspired by the charming and enigmatic Chris Sivey, but the events of the film are somewhat different to Ronson’s experiences with the cult personality; the character of Frank is also inspired by Daniel Johnston and Captain Beefheart, and the film is set in contemporary Ireland and America.

ALMOST FAMOUS
This iconic Cameron Crowe film about William Miller (Patrick Fugit), a young aspiring journalist who is given an assignment by Rolling Stone Magazine to go on the road with fictional band Stillwater.
Stillwater may be fictional, but writer director Cameron Crowe pulled from his own experiences while making ALMOST FAMOUS. Like his lead character, Crowe ditched school at the age of 15 and went on tour with bands such as Poco, The Allman Brothers Band, Led Zeppelin, Eagles, and Lynyrd Skynyrd. During this time, Crowe lost his virginity, gained experience in the world and fell in love for the first time… Not unlike young William.
Although ALMOST FAMOUS is based on Crowe’s experiences, it is not the first time he has dug into his own life for inspiration; the 1982 film (based on Crowe’s book of the same name) FAST TIMES AT RIDGEMONT HIGH is based on Crowe’s time undercover at Clairemont High School in San Diego, California.

HEAT
Michael Mann’s 1995 film HEAT, starring Al Pacino and Robert DeNiro, is inspired by a real life criminal named Neil McCauley. McCauley ended up serving years in Alcatraz for robbery, but before that, was pursued by Chicago police officer named Chuck Adamson.
That famous scene in HEAT, where DeNiro and Pacino sit down and have a cup of coffee together, and discuss what a ‘normal type life’ is, is inspired by a true event between McCauley and Adamson. The two men were brutal enemies, but their mutual respect allowed them to sit together and get to know one another better. However, this did not extend past this one meeting, as Adamson ended up killing McCauley after a robbery, a chase and a bloody shootout.

FINAL DESTINATION
OK, before anyone thinks we are implying that the entire FINAL DESTINATION series – where characters cheat death only to die in a brutal manner – is based on truth, bear with us. The famous plane crash scene from the first FINAL DESTINATION movie – imaginatively titled FINAL DESTINATION – is inspired by the crash of flight TWA 800; the third worst aviation disaster in US history.
Like the plane in the film, flight TWA 800 was headed from the US to Paris, when the plane exploded not long after take off, killing 230 people.
FINAL DESTINATION, released four years after the disaster, does not labour the point that it is inspired by a real life crash, but this was noted by Roger Ebert in his review of the film – ‘This scenario is of course in the worst possible taste in view of the real-life fate of TWA Flight 800, also bound for Paris with students aboard. I will observe that and not belabor it’. Despite this, Ebert ended up giving the film three stars.

FIFTY FIRST DATES / BEFORE I GO TO SLEEP
Both Lucy (Drew Barrymore) in FIFTY FIRST DATES and Christine (Nicole Kidman) in BEFORE I GO TO SLEEP suffer from a rare form of amnesia that stops them from forming new memories after a traumatic incident, meaning each new day is a new trauma for them, during which they have to be told the minutae of their lives over and over again.
Although this rare from of anterograde amnesia seems like it was made up for the sake of laughs (FIFTY FIRST DATES) or a decent start to a thriller (BEFORE I GO TO SLEEP), there is a woman living with this condition named Michelle Philpots. Philpots was in a nasty motorcycle accident in 1985 and a severe car accident in 1990; these led to her suffering from seizures and losing the ability to form new memories. This means, like the characters inspired by her, Philpots spend her mornings being reminded that she is married and leaving herself post-its to remember to do even the most menial tasks.