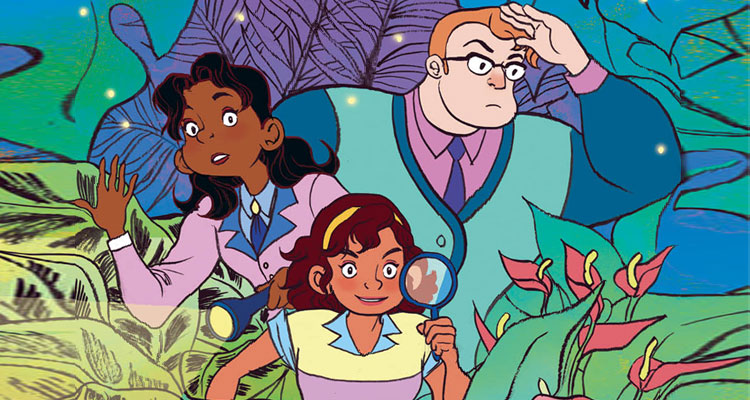 It has been announced that Rashida Jones is set to adapt writer Hope Larson and artist Brittney Williams’ acclaimed graphic novel series ‘Goldie Vance’ to the big screen.

The on-going series follows Marigold “Goldie” Vance, a sixteen-year-old with an insatiable curiosity. Goldie lives at a Florida resort with her dad, who manages the place, and it is her dream to one day be the hotel’s in-house detective. When Walter, the current detective, encounters a case he cannot crack, together they utilize her smarts, skills, and connections to solve the mystery.

Jones will make her feature directorial debut on the project, with Kerry Washington attached to produce through her production company, Simpson Street. Ross Richie and Stephen Christy of BOOM! Studios will co-produce.

“I’m ecstatic to be collaborating with Rashida and BOOM! Studios on telling this story. Fox is the perfect home for this project,” Washington said in a statement. “Goldie Vance will steal your heart. She’s already stolen mine!”

“Goldie is exactly the kind of fearless, curious, and funny heroine we need right now. I’m so honoured to partner with Kerry Washington, BOOM! Studios, and Fox to bring her world to life,” added Jones.