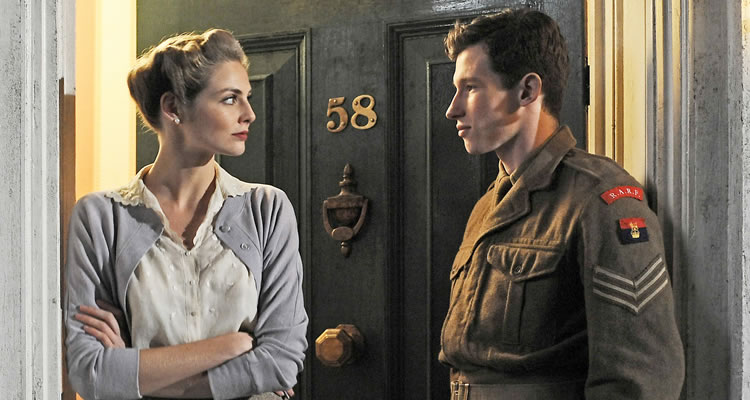 QUEEN AND COUNTRY (Ireland/France/Romania/15A/114mins)
Directed by John Boorman. Starring Callum Turner, Caleb Landry Jones, Pat Shortt, David Thwelis, Richard E. Grant, Vanessa Kirby, Brian F. O’Byrne, Sinead Cusack, Tamsin Egerton, Aime-Ffion Edwards.
THE PLOT: As the 9-year-old Bill Rohan cheers Adolf Hitler for blowing a hole in the side of his school, his face morphs into the 18-year-old Bill Rohan (Turner), called up for national service and sent to a training camp in Aldershot. It’s here he meets his conniving mentor, Private Redmond (a well-cast Pat Shortt), who informs him that everyone in the army “is trying to get away with something”. And so, along with his buddy Percy (Jones), the Carry On begins, countered with a little mysterious love intrigue from Bill, as he chases the elusive and mysterious ‘Ophelia’…
THE VERDICT: It’s been 30 years since honorary Irishman John Boorman (Surrey-born but Wicklow-based for decades) last visited his early years, 1987’s HOPE AND GLORY having charted the adventures of his 9-year-old self riding the topsy-turvy waves of World War 2. In QUEEN AND COUNTRY, we jump forward ten years, for a teenager’s experiences after he’s called up for National Service. Tellingly, those experiences are as much about women as they are about war. The signs are all there for the life ahead – living in the shadow of Shepperton Studios, the unfaithful mum, the anti-authority – and Boorman is clearly playing from the heart here.
If the end result is neither Terence Davies serene nor Mike Leigh misanthropic, being far too episodic for either, QUEEN AND COUNTRY does try to reflect another pivotal time in history, with Boorman’s remarkable later life clearly showing its roots here.
RATING: 3/5
Review by Paul Byrne