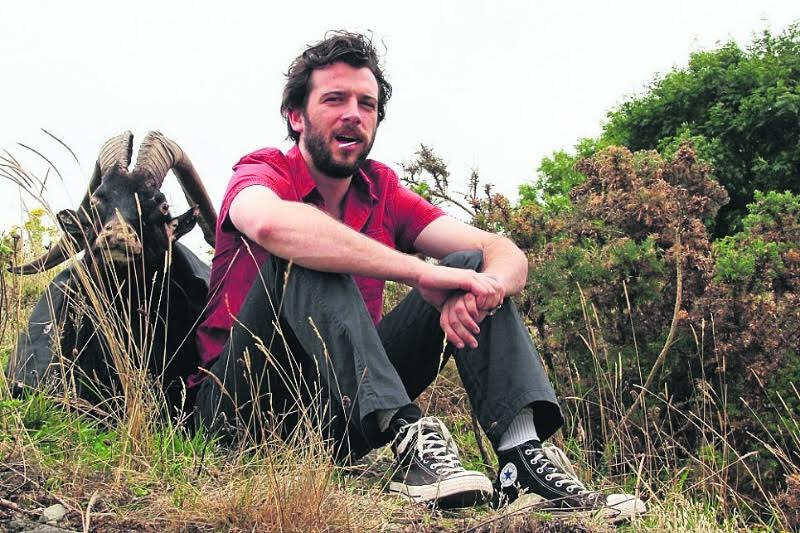 We’re on a mission to find out more about the nations movie going habits… This week we chat to actor and TV host Kevin McGahern.  A regular on RTE in ‘Hardy Bucks’ and ‘Republic Of Telly’, Kevin stars in ‘No Party for Billy Burns’, a movie about a would-be cowboy lost in the dreary fields of Cavan.

How often do you get to watch a film?
Watching films is my favourite thing to do. I’d probably watch a film every two days… which probably isn’t healthy.

What’s the last film you watched?
‘Brigsby Bear’. It’s a comedy co-written and starring Kyle Mooney, a very funny underused Saturday Night Live cast member. It’s about a man-child who escapes from a bunker and finds out his one obsession; Brigsby Bear, a 1980s children’s show, was created specifically for him by his captors. I really enjoyed it. It had a sincerity that a lot of awkward comedies don’t possess. Plus, I’m a big fan of Mooney. It also being screened at the Cork Film Festival this Tuesday (November 14).

What is your favourite Irish movie?
My favourite Irish movie is probably The Butcher Boy. I saw it in Mullingar cinema when I was about 12. I remember my parents had to sneak me in. I think they were a bit put off by the subject matter and the occasional hallucination but I loved every minute of it. I grew up not far from Clones where the film was set and it was encouraging to see the type of humour we grew up with represented on the big screen. It was definitely a big influence on our film ‘No Party for Billy Burns’.

What is your favourite film of all time?
Probably ‘The Good, the Bad and the Ugly’. I’ve watched that film hundreds of times and my enjoyment of it never fades. I remember the first time I saw it as a kid. I’d never seen my dad so excited about a film on the telly before. From the moment, I saw the opening credits, with this blood red background and the iconic score by Ennio Morricone (which my dad insisted on singing along to), I was hooked.

Worst film ever?
For me that’s a toss-up between ‘The Room’ (Tommy Wiseau) or ‘Fatal Deviation’, a Kung Fu film made in Trim. But I would watch both of those films again and again because they bring me so much joy. I love them.

What would be your ideal movie line-up?
Nicolas Cage, Kurt Russel, Rutger Hauer. Running a chip van or something.

Have you ever cried during a movie?
I remember crying in the cinema to the final scene in Mrs Doubtfire. Like a big baby.

What movie makes you laugh?
Without a doubt ‘The Jerk’. It’s such a very silly film and began my lifelong appreciation of Steve Martin.

What scares the living daylights out of you?
The first film to really freak me out was ‘The Texas Chainsaw Massacre’. I remember Channel 4 was showing it one night and I snuck up to my parents’ room to watch it. The scene at the dinner table really freaked me out. When the creepy grandfather who looks dead, starts sucking the blood off the girl’s finger. Yea. That scared the crap out of me.

NO PARTY FOR BILLY BURNS  is on Monday, November 13th at the Triskel, Cork from 9.30pm as part of the Cork Film Festival.