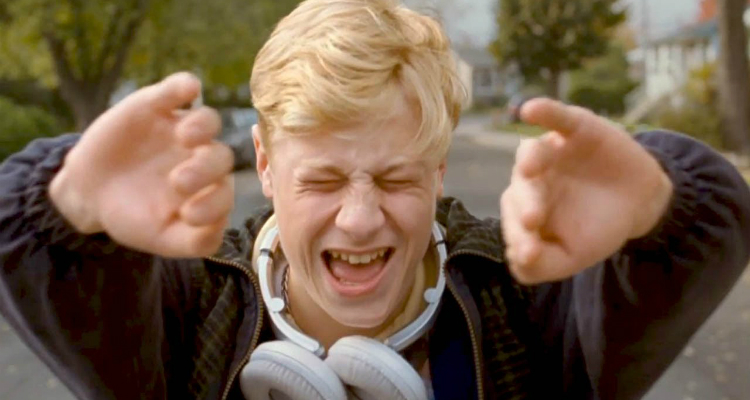 MOMMY (Canada/IFI/139mins)
Directed by Xavier Dolan. Starring Anne Dorval, Suzanne Clément, Antoine-Olivier Pilon, Patrick Huard
THE PLOT: Widow Diana ‘Die’ (Anne Dorval) is trying her best to make it on her own, but when her violent and unpredictable son Steve (Antoine-Olivier Pilon) is thrown out of a care facility, Die struggles to bring him up on her own.

THE VERDICT: MOMMY is a compelling but frightening film, which underlines the strength and bravery it takes to become a parent. Anne Dorval is strong in the role of the titular ‘Mommy’, Die. Dorval is not afraid to make Die less than perfect, and seemingly takes pleasure in showing the various sides of the character, and highlighting the fact that Die may well have had an influence on Steve’s behaviour. Antoine-Olivier Pilon is fearless as Steve, making the character violent, horrible, unpredictable and seemingly irredeemable. As well as this, Pilon manages to show that the character has a kind heart, but this is buried so far down that it is often hard to locate. Suzanne Clément is quietly wonderful as Die and Steve’s neighbour Kyla; afflicted with emotional issues that have taken a physical toll, Clément keeps Kyla understated but strong, with some incredibly powerful breakout scenes. Kyla often provides balance between Die and Steve, but never loses herself in doing so.

Xavier Dolan’s screenplay tells the story of a struggle between two imperfect characters, and does so impressively. The emotion between the characters feels real and genuine and, although there are times where scenes and situations feel drawn out, and others rushed, there is a feeling of coherence to the film, especially with a fictional law hanging over the characters’ heads. There are hints given to round out the characters back stories, but these are often left for the audience to put together themselves, which gives the film an inclusive feel.

As director, Dolan has coaxed moving and engaging performances from his actors; none of them are afraid to be ugly or unlikeable on screen, and all of them have the power to carry their roles. The trouble arises in the film’s running time – 139 minutes – as there are times where the film feels drawn out, and too long for characters to change so little. There are a couple of misdirects, and storylines left hanging, which leaves the film feeling unfinished.

Dolan takes risks with MOMMY, and tells an unpleasant story on screen. Shooting the film in 1:1 aspect ratio adds to the claustrophobic feel of the film, although the audience becomes accustomed to this early on, and is only aware of the enforced aspect ratio when it briefly disappears. This is a strong moment, however, and plays a powerful part in the emotion of the screen. Dolan uses some of the most popular songs of the 90s on his soundtrack – Wonderwall, White Flag – but this is often to the film’s detriment as it feels as though the audience is being given too much information through song lyrics.

In all however, MOMMY is a powerful and unsettling piece of work, which showcases the acting talents of the central cast. Not a lot changes in the lives of the protagonists, but for once it is a lack of change that keeps the film moving.