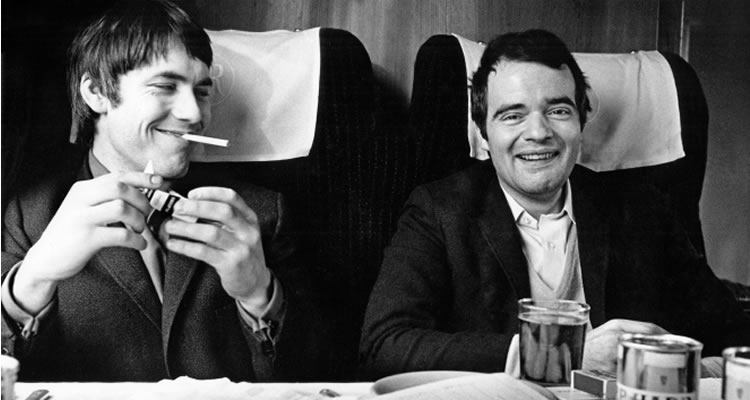 LAMBERT & STAMP (USA/IFI/117mins)
Directed by James D. Cooper. Starring Kit Lambert, Christopher Stamp, Roger Daltry, Pete Townsend, Terence Stamp, Irish Jack, Robert Fearnley-Whittingstall.
THE PLOT: Charting how young enterpreneurs Chris Stamp and Kit Lambert who, having become managers of West London group The High Numbers, set out to make a film about them. Only for The High Numbers to turn into The Who. And go on to become one of the biggest bands in the world.
Talking to Stamp and surviving Who members Roger Daltrey and Pete Townsend, just how The Who became one of the biggest bands in the world, and what role their co-managers played in that, are explored here…
THE VERDICT: The jigsaw of the swinging ‘60s continues to have more pieces than even the most dedicated lifer could handle, and the idea that we’re now making documentaries about those at the side of the stage rather than actually performing on it doesn’t exactly make the heart skip a backbeat. And yet, making his feature debut, director James D. Cooper has unearthed a pretty fascinating story, shining a light on a time when the idea of rock gods being created as an art project was first beginning to take hold. Lambert and Stamp had no real intention of rock stardom for their four likely lads; this was pure theatre, Leo Burnett-meets-Andy Warhol. It was all merely Lambert and Stamp’s gateway into film, a cinematic and scientific experiment that would be their celluloid calling card. The Who began life as Monkees, as Boyzone, as a bunch of boys playing the role of pop idols. That they would become rock gods was a surprise to all, including Daltrey and Townsend.
RATING: 4/5
Review by Paul Byrne