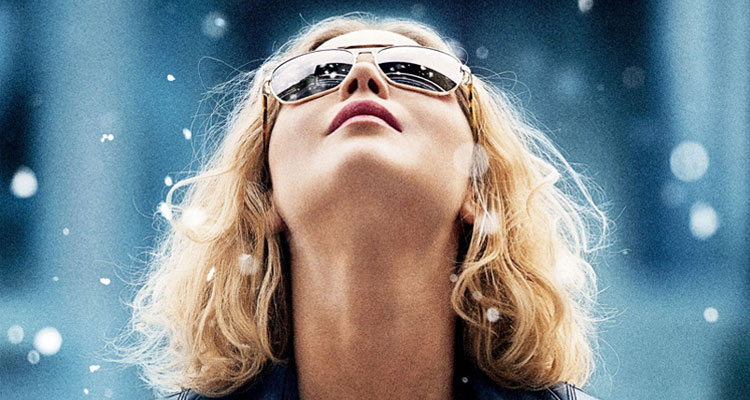 JOY (USA/12A/124mins)
Directed by David O. Russell. Starring Jennifer Lawrence, Bradley Cooper, Robert DeNiro, Elisabeth Rohm, Dascha Polanco, Isabella Rosselini.
THE PLOT: Even as a little girl, Joy Mangano (Jennifer Lawrence) always had a creative streak, and invented a quick release dog collar as a little girl, a design that was never patented. After having to clean up red wine and broken glass with her hands, Joy thinks up an idea for a self wringing mop but, while struggling to keep her family together and come up with the cash for this new product, Joy doesn’t quite tick all the boxes that she should.
THE VERDICT: The opening of ‘Joy’ tells the audience that the film is inspired by brave women, but this really makes it no clearer as to why we are treated to a two hour look at the life of a woman who went from struggling financially and creatively into a business mogul.
Jennifer Lawrence, as always, is wonderful as the overwrought but determined mother and entrepreneur at the centre of the film. Lawrence easily carries the emotional heart of the film, but even she cannot untangle the messy and manic plot of the movie. The rest of the cast is made up of Robert DeNiro, Elisabeth Röhm, Dascha Polanco, Bradley Cooper, Virginia Madsen and Isabella Rosselini. All do well with what they are given, but make no mistake; this is Jennifer Lawrence’s show, and she once again shows her versatility and capability by going from a film like The Hunger Games to this period drama about mops.
The story, written for the screen by director David O. Russell feels similar in part to that of ‘Silver Linings Playbook’; a child of a messy and chaotic family trying to make it on their own, although refreshingly, Lawrence is not playing a character that is diagnosable this time, instead everyone else just thinks she’s crazy. There is so much going on here that it is often hard to keep track of it all and when you do, find a reason to care other than Jennifer Lawrence making her character relatable.
As director, Russell coaxes another strong performance from Jennifer Lawrence, but since the audience has trouble investing in a product that is either in everyone’s homes or already surpassed by new technology, this feels less like the story of a strong and powerful woman and that of an ordinary and every day mop. The film is messily paced, with the actual idea for the mop coming almost as an afterthought of the family drama that envelops the title character.
In all, ‘Joy’ is the story of a woman who overcame all the odds to become a strong and powerful entrepreneur, but messy storytelling, messy pacing and far too much going on means that the audience finds it difficult to care about the future of the self-wringing mop, so the film goes from shiny and bright, to dull as mop water. However Lawrence and her performance go a long way to save the film from complete disaster.
RATING: 3/5
Review by Brogen Hayes