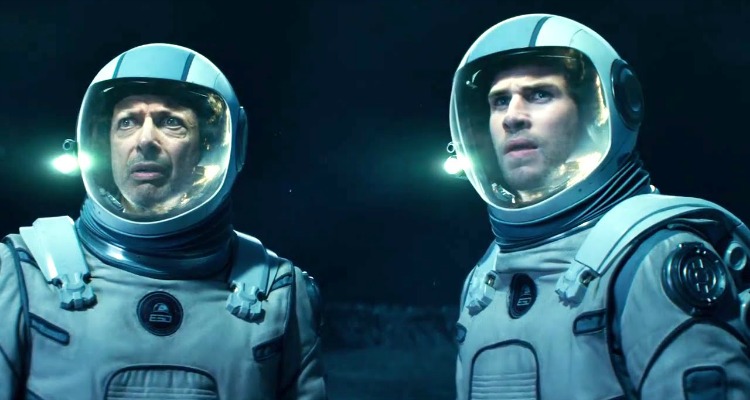 INDEPENDENCE DAY: RESURGENCE (USA/12A/120mins)
Directed by Roland Emmerich. Starring Jeff Goldblum, Bill Pullman, Maika Monroe, Liam Hemsworth, Charlotte Gainsbourg.
THE PLOT: Twenty years after a gang of plucky humans, led by President Whitmore (Bill Pullman) and David Levinson (Jeff Goldblum), saved the world from invading aliens, earthly technology has been advanced by studying the remains of the alien ships, landmarks have been rebuilt and humans have set up a first defence base on the moon. The trouble is that while earth has had time to build defences against another attack, the aliens have also spent their time regrouping and, in the words of former President Whitmore; “They’re coming back, and this time we won’t be able to stop them”.
THE VERDICT: ‘Independence Day’ is one of a number of movies from the 1990s that have been granted cult status by fans and, with the advances in technology since the film was first released in 1996, it is little wonder that director Roland Emmerich wanted to revisit beloved characters to tell an even bigger, messier and louder tale.
Many of the original cast are back for this sequel, including Bill Pullman, Jeff Goldblum, Vivica A. Fox, Brent Spiner and Judd Hirsch, and they are joined by newcomers Liam Hemsworth, Charlotte Gainsbourg, Angelababy, Jessie T. Usher and Maika Monroe. All of the cast do fine in their roles, with Jeff Goldblum, Brent Spiner and Bill Pullman easily stealing the show. The newcomers to the franchise fare slightly worse, as it is with them that much of the exposition lies; there is a real attempt to tie these new cast members to ones from the original film, which does not always work, and some of the dialogue they are given is clunky to say the least.
Screenwriters Nicolas Wright, James A. Woods, Dean Devlin, Roland Emmerich and James Vanderbilt try their best to recapture the lightning in a bottle feel of the first film, and wisely put beloved characters to the fore of the film. This is where problems begin to arise, however, as many of the newcomers are not given a chance to develop on screen fully, with many of them feeling like they have been inserted into the story simply to deliver quips, one liners or to meet a gender/diversity quota. The story zips along at a strong pace, but in the second half of the film, this picks up into a near panic as the film scrambles to fill in the blanks that it created in the first half. Add to this a robot ex-cinema that comes to save the day and feels very out of place, and a sequence on the moon that would have been far more impactful if it took place on Earth, and ‘Independence Day: Resurgence’ loses all of the shabby, plucky charm of the original.
As director, Roland Emmerich seems to have taken the line “Well it’s certainly bigger than the last one” as some sort of mission statement; the destruction is way up on the last one – bits of Beijing even get dropped on London – the aliens are bigger and more plentiful, as is the slightly clichéd and clunky co-operation between countries that we know to be at war in the real world. The performances are fine – Goldblum and his colleagues from the first film are infinitely more watchable than the newcomers – but the pacing is messy, as is the tension built and dropped throughout the film. That said, there are some nice call backs to the original film and although the film is loud and kinda dumb, there is a lot of fun to be had with this ridiculous all-out assault between humans and aliens.
In all, ‘Independence Day: Resurgence’ lacks the shabby, makeshift charm of the first film, but the returning cast shine in this destruction heavy, obviously heavily edited disaster movie/alien invasion flick. There is often too much plot going on, which means the development of characters suffers, and there are some story points that are beyond ridiculous, but there is a lot of fun to be had with this loud, slightly dumb, popcorn flick. Just don’t think too much about the original.
RATING: 3/5
Review by Brogen Hayes