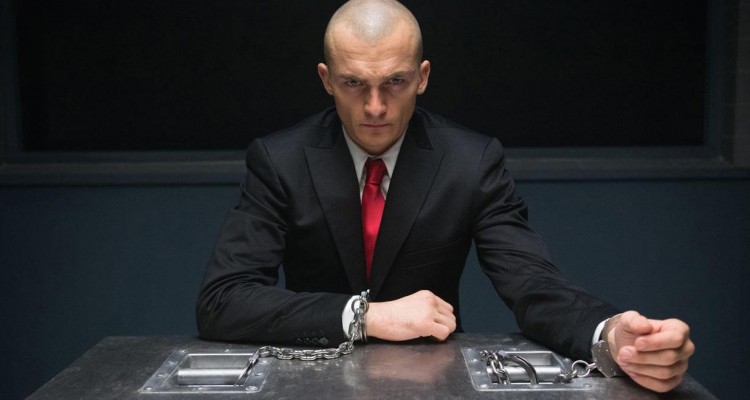 HITMAN: AGENT 47 (Germany | USA/15A/96mins)
Directed by Aleksander Bach. Starring Rupert Friend, Hannah Ware, Zachary Quinto, Ciarán Hinds, Angelababy
THE PLOT: Katia Van Dees (Hannah Ware) finds herself searching for a mysterious man in Berling, when the vicious and ruthless assassin, Agent 47, targets her. Saved from hthe agent’s first attack by John Smith (Zachary Quinto), Katia soon learns that the man she seeks is her father – the man responsible for creating the man pursuing her – and sets out to find her family, and the truth about where she comes from.
THE VERDICT: ‘The history of man is defined by war, and war by the men who fight it’, or so we are told in voiceover at the start of HITMAN: AGENT 47. This gives the impression that the agents are the next phase of human evolution, and war between the ‘normals’ and the agents is looming. Such war never really comes in HITMAN: AGENT 47.
Based on a the video game series ‘Hitman’, and written for the screen by Skip Woods and Michael Finch, HITMAN: AGENT 47 is a film about characters whose capacities for love and fear have been removed, making them super soldiers and dangerous assassins. This is all well and good, but it also seems that all of the emtion has been removed from the film as a whole, leaving us with some cool-looking set pieces, but no characters to get to know, and no-one to root for.
The cast is fairly great; Agent 47 is played by HOMELAND’s Rupert Friend, Zachary Quinto plays John Smith and Ciarán Hinds turns up as Katia’s father Litvenko. Katia herself is played by Hannah Ware and Angelababy plays the mysterious Diana. None of the cast are really given a chance to show what they are capable of, instead the film seems to rely on action filling in for emotion and heart.
Woods and Finch’s screenplay keeps HITMAN: AGENT 47 heading into clichéd action movie territory for the first act, before steering it away into something else in the second. The problem with this is that while the twist is interesting, characters loyalties seem to shift too easily, clichés still abound and the film seems to be more concerned with looking good – some of the shots are actually rather interesting – than telling an engaging story. As mentioned, most of the characters are cold and emotionless, leaving the audience with no-one to root for, and when the emotion is dead, the set pieces fall flat. As well as this, some profanity was shoved into the final act, but instead of conveying any sort of emotion, it just comes off as awkward.
First time director Aleksander Bach makes the film look stylish, and the use of colour is admittedly great, but there is little here so differentiate HITMAN: AGENT 47 from a video game, in terms of heart or getting the audience to engage with the characters – one single solitary tear does not an emotional core make. Although the set pieces are well shot, it is not long before mysteries are solved too easily, unnecessary quips become tiresome, crosses and double crosses confuse and clichés abound. Some humour may have rescued the film, but since it so steadfastly follows the action movie rules and doesn’t seem to care a jot for story, this seems unlikely.
In all, HITMAN: AGENT 47 is as cold and emotionless as its title character. All of the pieces are there for the audience to root for Katia, but they never quite get assembled properly and while the action pieces are high octane, they fall flat. The whole thing feels like rooting for an iPhone 5 in a fight against an iPhone 6; it doesn’t really matter who wins because the outcome is going to be shiny and sleek either way. Also, having Ciarán Hinds play a 72 year old man just doesn’t feel right.
RATING: 1.5/5
Review by Brogen Hayes