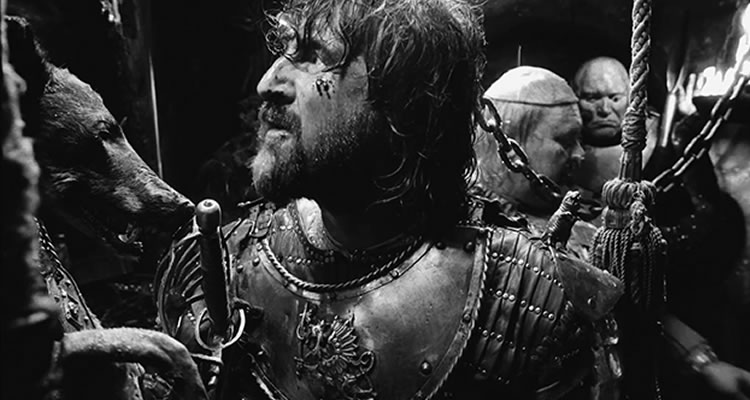 Hard to be a God

HARD TO BE A GOD (Russia/IFI/177mins)
Directed by Aleksey German. Starring Gali Abaydulov, Leonid Yarmolnik, Yuriy Ashikhmin, Remigijus Bilinskas, Valeriy Boltyshev, Aleksandr Chutko, Vasiliy Domrachyov, Lev Eliseev.
THE PLOT: “This is not earth… This is another planet. Identical, about 800 years behind.” Fair warning, my friends, as we travel to Arkanar, basking in Medieval times, with a group of scientists having travelled back to try and right a wrong. Or two. Only trouble is, the scientists cannot change the course of history too drastically. This doesn’t stop Don Rumata (Yarmolnik) letting himself become something of a local legend, thanks to his incredible smarts and his handy way with a sword. So much so, they reckon this Don guy must be a god. Which is something you only get to realise, slowly, cautiously, as the film progresses. So, you know, I’ve saved you some time there. And the need to read the book…
THE VERDICT: Based on brothers Boris and Arkady Strugatsky’s mindbending 1964 sci-fi novel, this boldly bonkers adaptation by the late Aleksy German has been winging its way to Irish screens since its Rome Film Festival debut in October 2013. And whilst it’s a film that’s worth such a wait, it’s also not that surprising that its commercial rampage through the world’s arthouse cinema’s hasn’t exactly been rapid. Hard To Be A God is hard to get your head around, German doesn’t play by anybody’s rules here, not even the Strugatsky brother’s, delivering a film that twists and turns to its own peculiar beat.
Your enjoyment of such a film depends on many things – including, your ability to deal with non-linear plots, stark visuals, metaphors, black and white, oddballs, dream sequences, nutters, and the other. Also, the firmness of your buttocks. At just three minutes short of three hours, German luxuriates in his majestically mad world. If you’re smart, and strong, you should too…
RATING: 4/5
Review by Paul Byrne