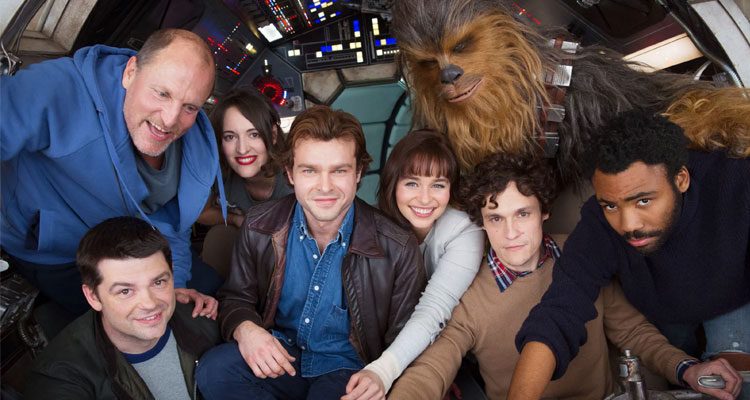 It has been confirmed that directors Phil Lord and Chris Miller (‘The LEGO Movie,’ ’21 Jump Street’) have parted ways with the still-untitled Han Solo standalone which is currently in production, citing “creative differences” for the split.

“Phil Lord and Christopher Miller are talented filmmakers who have assembled an incredible cast and crew, but it’s become clear that we had different creative visions on this film, and we’ve decided to part ways,” said Kathleen Kennedy, president of Lucasfilm, in a statement released on the official Star Wars site. “A new director will be announced soon.”

Lord and Miller added, “Unfortunately, our vision and process weren’t aligned with our partners on this project. We normally aren’t fans of the phrase ‘creative differences’ but for once this cliché is true. We are really proud of the amazing and world-class work of our cast and crew.”

The next movie in Lucasfilm and Disney’s series of standalone “Anthology” films, the untitled film picks up with Han Solo (Alden Ehrenreich) when he was 18 years old and takes him through when he was 24. Along the way, we will discover how Solo came to own the Millennium Falcon as well as how he met his Wookie sidekick, Chewbacca – played here by Finnish basketball player and actor Joonas Suotamo.

Principal photography began back in February at London’s Pinewood Studios.