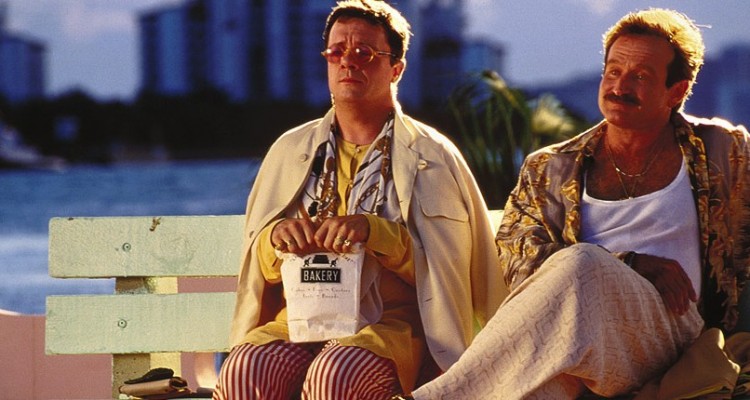 This week, ‘It’s Only the End of the World’ is released in Irish cinemas. Directed by the talented Xavier Dolan, the film is based on Jean-Luc Lagarce’s play of the same name. Premiered at the Cannes Film Festival last year, ‘It’s Only the End of the World’ stars Gaspard Ulliel as Louis, who returns home after an absence of 12 years because he wants to tell his family the terrible truth; he is dying. When he gets there however, old tensions reawaken almost as soon as he crosses the threshold, and the return of the prodigal son leads to bickering and fighting among the family. Louis is then faced with a choice; to tell his family the truth or protect them.

To celebrate the release of ‘It’s Only the End of the World’ in Irish cinemas, Movies.ie has taken a look back at some other great movies based on stage plays… Other than last week’s ‘Fences’ and ‘Moonlight’, of course!

ROMEO & JULIET
There are so many versions of William Shakespeare’s ‘Romeo & Juliet’ that have been made for the big screen, but we had to pick one, so we went for the loud, brilliantly soundtracked and vibrant version from 1996 directed by Baz Luhrmann.
Although this version of ‘Romeo & Juliet’ is set in Venice Beach of 1996, Luhrmann kept the original Shakespearean dialogue, and the Montague and the Capulets families are represented as warring mafia empires. The film is bright and vibrant, and made romantic stars of Claire Danes and Leonardo DiCaprio, while making teen girls want proper fairy wings more than anything, and wear out the soundtrack CD from over playing.

ROSENCRANTZ & GUILDENSTERN ARE DEAD
Tom Stoppard’s play first premiered in 1966, and was made into a big screen version in 1990. Directed by Stoppard, ‘Rosencrantz and Guildenstern are Dead’ stars Gary Oldman as Rosencrantz and Tim Roth as Guildenstern. The film, like the play, focuses on Rosencrantz and Guildenstern’s lack of action within the play of ‘Hamlet’, and allows the characters to contemplate reality, fate, memory and language. The pair cross paths with the action of ‘Hamlet’ whenever they are supposed to, but mainly, the characters spend their time wondering just what is wrong with the Prince of Denmark, and just what they are supposed to be doing.
Although the film didn’t get fantastic reviews at the time of its release, ‘Rosencrantz and Guildenstern are Dead’ has gone on to become a cult classic, and Gary Oldman has received much praise for his well timed comic performance as Rosencrantz.

THE LADY IN THE VAN
Released just last year, and based on a real relationship that writer Alan Bennett had, Maggie Smith plays Miss Mary Shepherd, a house-less woman who lives in her van, which Alan Bennett allows her to park in his driveway, where she stayed for 15 years. Although Miss Shepherd seems to be cantankerous and ungrateful, it soon becomes clear that she has led a tragic and colourful life.
‘The Lady in the Van’ is based on Alan Bennett’s stage play and a 2009 BBC Radio 4 drama of the same name. Maggie Smith is truly wonderful as the prickly and tragic Miss Shepherd, and the film tries hard to create mystery and intrigue around Miss Shepard’s past. ‘The Lady in the Van’ is sweet for the most part, it just doesn’t look deep enough beneath the comedy of a prickly woman to find the true tragedy underneath.

A STREETCAR NAMED DESIRE
Based on Tennessee Williams’ play of the same name, which received the Pulitzer Prize for Drama in 1948, there have been many film versions of the story – including Woody Allen and Pedro Almodovar using the play as inspiration for ‘Blue Jasmine’ and ‘All About My Mother’ – but the definitive film version has to be the 1951 version starring Marlon Brando and Vivien Leigh.
The film follows Blanche DuBois (Leigh), who under mysterious circumstances her home in Auriol, Mississippi to travel to New Orleans to live with her sister, Stella Kowalski (Kim Hunter). Blanche’s presence in the Kowalski home leads to chaos, especially in the marriage of Stella and Stanley (Brando). The film version of ‘A Streetcar Named Desire’ was highly praised at the time of its release, and is regarded as a classic example of Hollywood cinema.

THE BIRDCAGE
Based on the stage play ‘La Cage Aux Folles’, and the English language remake of a 1978 French film, ‘The Birdcage’ stars Robin Williams and Nathan Lane. When Armand Goldman’s (Robin Williams) son Val (Dan Futterman) announces he is getting married, Armand and his long-term partner Albert (Nathan Lane) are thrilled, but when Val’s fiancée’s family unexpectedly turns up at the Goldman home, Armand knows that the conservative Keeleys would judge a gay couple harshly, and plans to hide the truth from them. Of course, Albert has other ideas of how to hide from the Keeleys, and chaos ensues.
Williams and Lane are a perfect combination in this camp, over the top and hilarious comedy, which has a tragic and dark undertone that is both moving and surprising. The film was Oscar nominated for art direction, and keeps the farcical feel of the original material alive and well.

‘It’s Only the End of the World’ is released in Irish cinemas on February 24th 2017. Watch the trailer below…