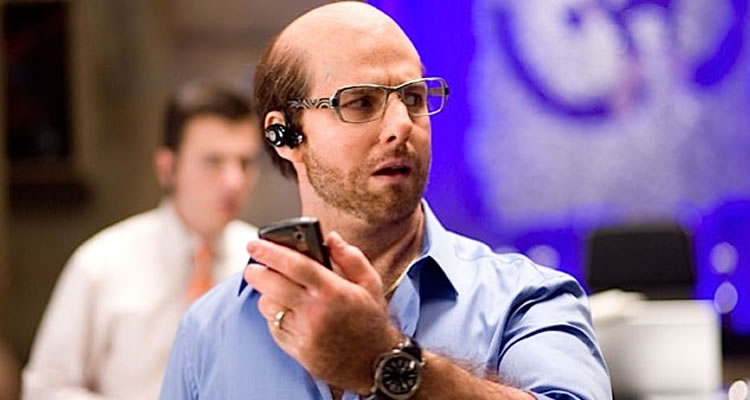 ‘Absolutely Fabulous: The Movie’ is released in Irish cinemas this week, and reunites Jennifer Saunders and Joanna Lumley with two of their most beloved characters; Eddy Monsoon and Patsy Stone. This time out, Eddy and Patsy are still living their fabulous lives, when an opportunity comes up that would really put them on the map: representing Kate Moss. Unfortunately, in her enthusiasm to talk to Moss, Eddy accidentally pushes the supermodel into the Thames, which leads to a media storm the like of which they have never seen. To escape, Eddy and Patsy head to the south of France, and start a new, even more fabulous life in hiding.

Here at Movies.ie, we are delighted to see Eddy and Patsy return to our screens, and we are reliably informed that ‘Absolutely Fabulous: The Movie’ has no less than 60 celebrity cameos – including Kate Moss, Jean Paul Gaultier, Jon Hamm, Rebel Wilson and Kim Kardashian – and 90 drag queen appearances! Phew! To celebrate the sheer number of fabulous cameos in ‘Absolutely Fabulous: The Movie’, we have gathered together a list of some of the best celebrity movie cameos of recent years.

David Bowie – ‘Zoolander’
After they spend much of the first act of ‘Zoolander’ squabbling and being jealous of one another, Derek Zoolander (Ben Stiller) and Hansel (Owen Wilson) engage in a walk-off to decide just who is the greatest male model of all time. And the judge… None other than David Bowie. Bowie explains the rules of the walk-off to Hansel and Zoolander – “This’ll be a straight walk off – old school rules” then sits in judgement as the two attempt to outshine one another on the runway.
Bowie’s cameo in ‘Zoolander’ is one of what feels like hundreds – Donald Trump, Billy Zane and Winona Ryder all make appearances too – but he is such an unexpected judge, and obviously enjoys poking fun at himself, that his short scene is a joy to watch.

Matt Damon – ‘Eurotrip’
‘Eurotrip’ follows American teenager Scotty (Mechlowicz) as he travels across Europe in search of his German pen pal Mieke (Jessica Boehrs) and gets himself into some ridiculous situations along the way. Before all of this however, Scotty is dumped by his girlfriend Fiona (Kristin Kreuk), and is then ridiculed through song at a graduation party, as Fiona has been cheating on Scotty with Donny, the lead singer of the band playing the party, and Donny wrote a catchy song about it.

Matt Damon plays the tattooed and pierced lead singer Donny, and goes hell for leather lip synching to the aptly titled ‘Scotty Doesn’t Know’, which was written for ‘Eurotrip’ by the band Lustra. Speaking to Film Monthly in 2003, Damon spoke of how the cameo came about; “I play like a Henry Rollins wannabe from the suburbs, with earrings and a shaved head. I don’t know, the scene seemed kind of funny to me”. It’s kind of funny to us too, Matt!

Tom Cruise – ‘Tropic Thunder’
Back in 2008, Tom Cruise was married to Katie Holmes, their daughter was a toddler and Tom’s public profile was just about recovering from that couch jumping incident when he decided to take the mick out of himself and studio executives with his small but memorable role as Les Grossman in ‘Tropic Thunder’.

According to Ben Stiller, the look of Les Grossman – the bald cap, the chest hair and the oversized hands – were all Cruise’s idea, and the actor obviously enjoyed hamming it up for the role of a foul-mouthed and short-tempered studio exective who is trying to make his film happen, even though he has already had one director walk out and his replacement die. Cruise has a short scene at the start of the film, and appears again in the closing credits dancing to “Get Back” by Ludacris, but the character was such a hit that there was even talk of Les Grossman getting his own spin off film, but when we asked Cruise about this at the premiere of ‘Oblivion’ in 2013, he said “We have not cracked the story. I was working with Justin Theroux and we have not cracked it. I don’t know what I am going to do with the character. I have talked of maybe doing little internet skits and shorts. I love that character and the great thing about that character is I could always pull him out and dust him off and go have some fun with him”. Not sign of a movie yet though.

Cate Blanchett – ‘Hot Fuzz’
Police Constable Nicholas Angel (Simon Pegg) is a career-driven man, so career-driven that he takes a promotion in a small town, determined to make a name for himself. Not too impressed with her boyfriend moving away, Janine breaks up with Nicholas, confessing along the way that she has been cheating on him anyway. Although we only ever see Janine’s eyes – she is a forensic examiner and wears a mask for her short scene – the actress who plays her is very well known indeed; Cate Blanchett.

At the time of the film’s release, fans around the world speculated as to who this mystery actress could be – we had already spotted Peter Jackson stabbing Simon Pegg through the hand while dressed as Santa Claus – but it was only when the DVD was released that the truth was revealed. According to director Edgar Wright, Blanchett decided to take the role because she appreciated the joke; “Let’s get an Oscar winner in there but not see her face”. Blanchett also donated her salary for the cameo to charity. Even better.

Bill Murray – ‘Zombieland’
‘Zombieland’ was the film that was, for many of us, the first time we saw Emma Stone on the big screen, and we will always be grateful for that. We will also always be grateful for Bill Murray’s delightful, odd and hilarious cameo as himself. As the gang of survivors make their way to Pacific Playland amusement park in Los Angeles they stop off at Bill Murray’s house to take shelter. Murray, amazingly, is alive but disguised as a zombie in order to keep doing the things he loves, mostly playing golf. Of course, a practical joke with zombies on the loose was never going to go well, and it is not long before Murray meets a grisly end.

When ‘Zombieland’ was released on DVD, the filmmakers revealed that Murray was not their first choice for the role; they wrote drafts of the scene for Joe Pesci, Mark Hamill, Jean-Claude Van Damme, Sylvester Stallone, The Rock and Matthew McConaughey before Woody Harrelson finally suggested Murray for the part. Murray’s small role feels rather like it was inspired by the real person, since he spends his short time on screen playing practical jokes and messing with the rest of the characters, and it is still one of our favourite cameos to date.

Honourable mention to Stan Lee for appearing in almost every Marvel movie to date, including ‘Spider-Man’, ‘X-Men’, ‘Guardians of the Galaxy’ and ‘Iron Man’.

‘Absolutely Fabulous: The Movie’ is released in Irish cinemas on July 1st 2016. Watch the trailer below…